I still remember reading Owl Moon with Grace when she was little ~ we had checked it out from the library, and I was lucky enough to find a used copy at a book sale shortly afterwards.  This is one of those books I can almost recite by heart. You know, one of the good ones:). Our copy is a bit well-loved. 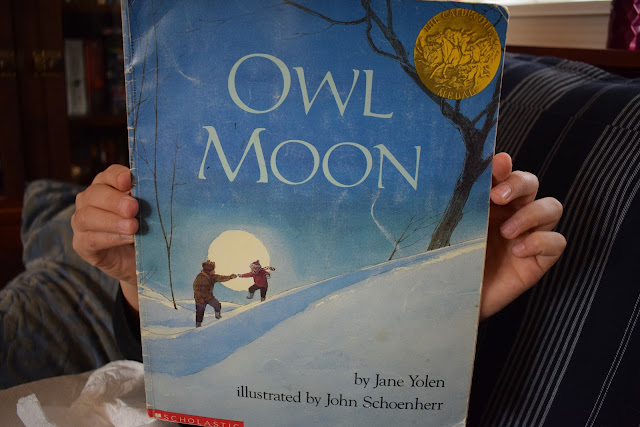 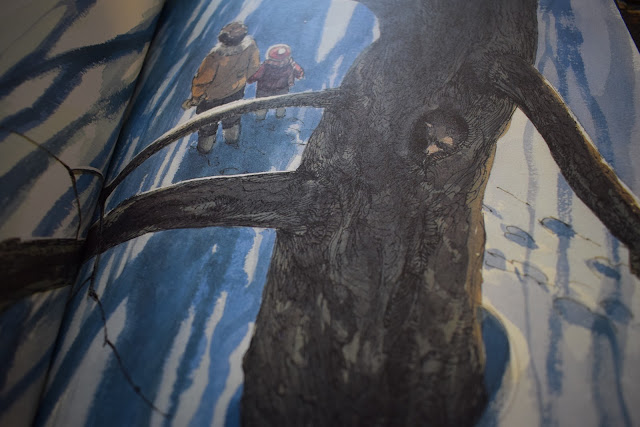 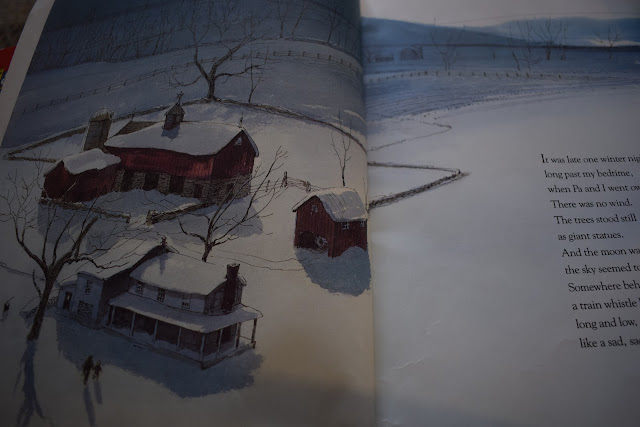 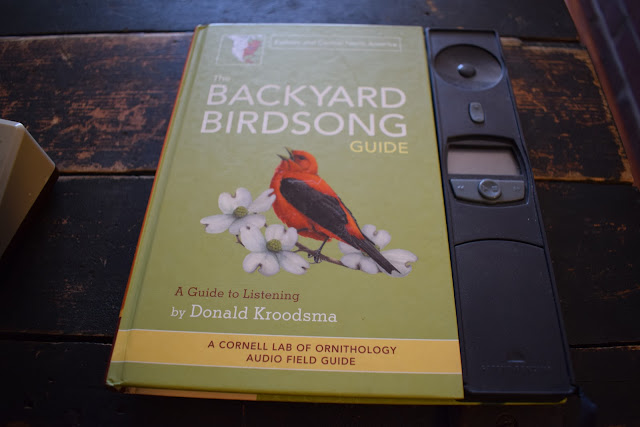 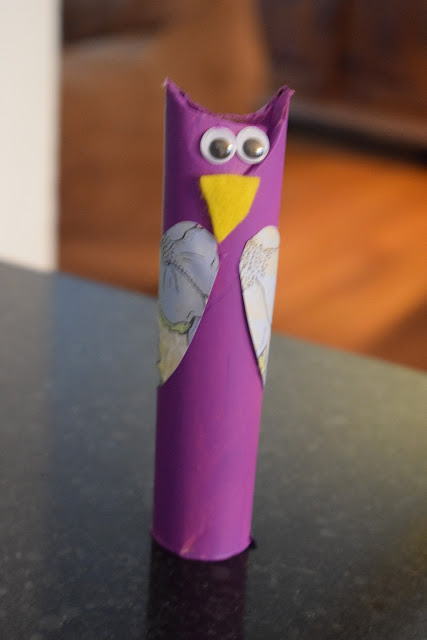 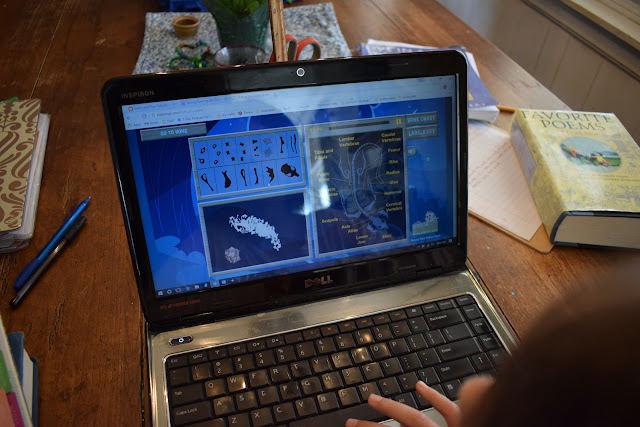 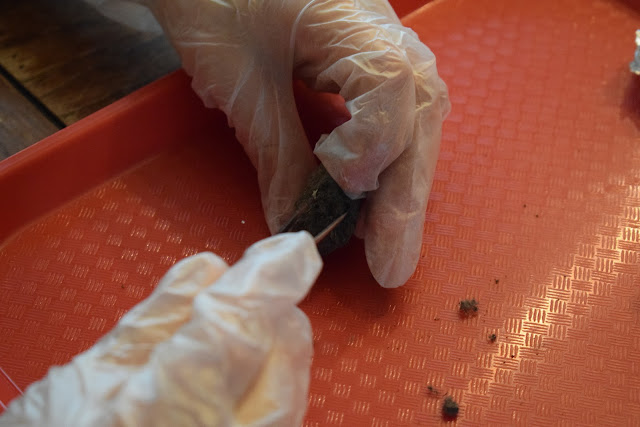 A close-up of her brother's pellet...I ordered a set of five and they all had neat things in them. I think Rose preferred the virtual dissection, though. 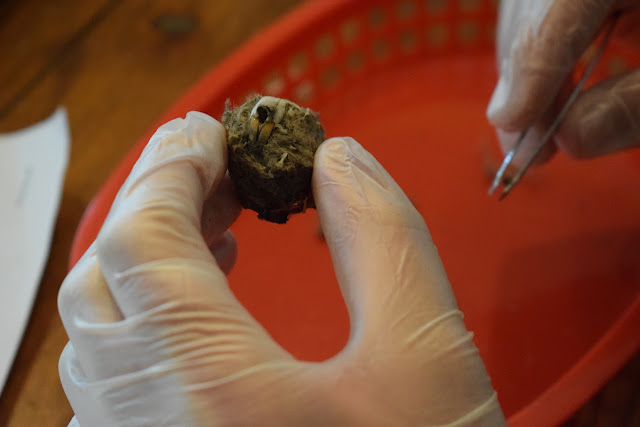 And that's it for this row! My next FIAR post will be about our row of When I Was Young in the Mountains.