Here's the last pre-holiday Five in a Row adventure to catch you up on! Miss Rumphius was a fun book to row as winter set in ~ it reminded us that spring is really not far away! 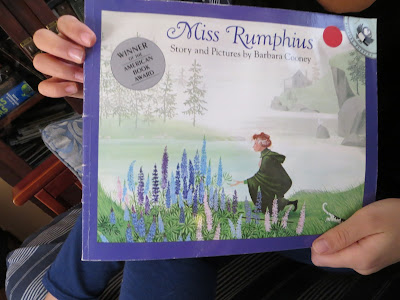 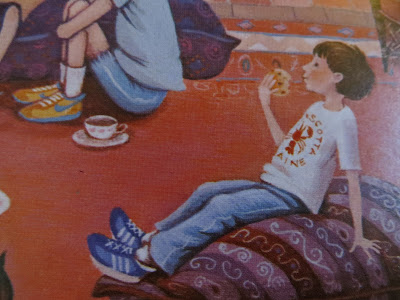 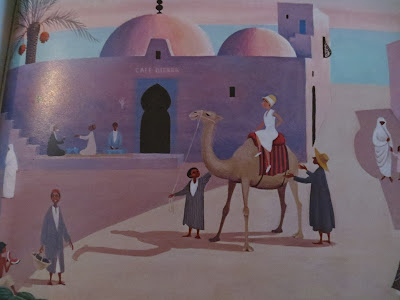 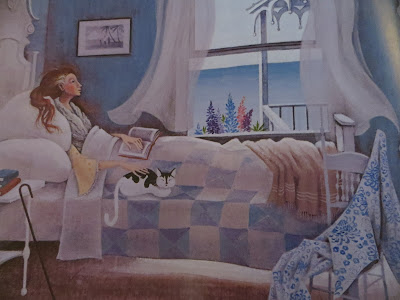 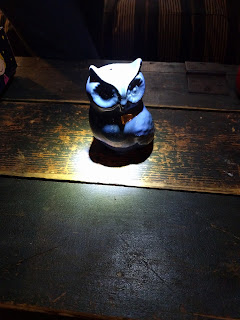 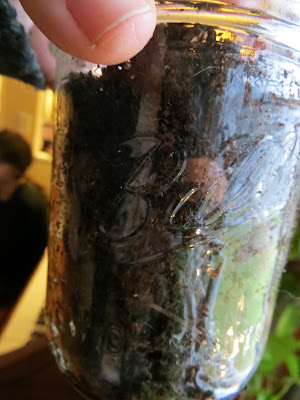 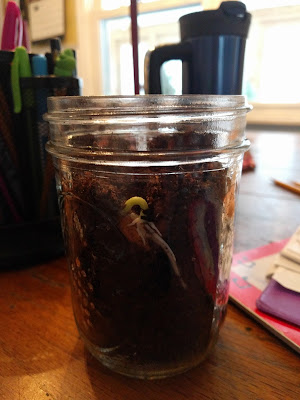 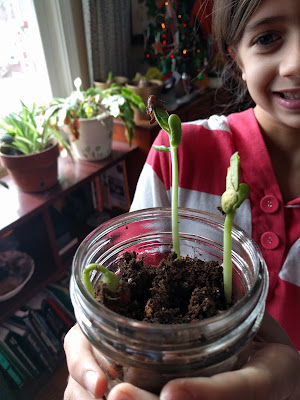 Fun! She is hoping a bean will grow on it;). We also started a few amaryllis bulbs around this time, so we had lots of things growing. 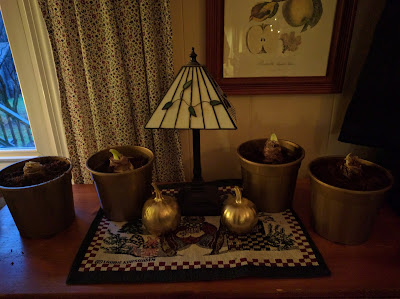 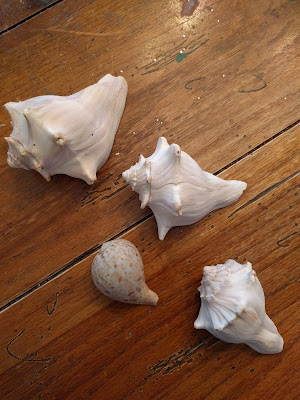 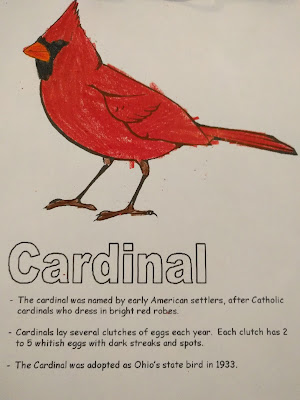 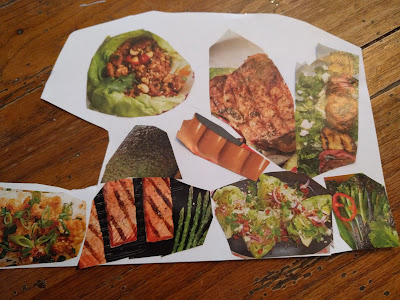 Because we did this row right around Christmas time, we ended up cutting it a bit short and we never made the recipes in the FIAR cookbook ~ they looked good though, and I hope to get to them at a later point. Also, I have a note in my planner to purchase a  lupine plant this spring 💗.

Well, that's it for this row! We are currently completing our row of The Little Red Lighthouse and the Great Gray Bridge, and I should have that up soon. And in the meantime I am working on a mid-year update for each child...what we're using and a bit about how the year is going.