Just a few moments and notes from our last couple of weeks (or so) of homeschooling....

Rose is having an easier time now with her dictations in Writing with Ease 2. She still needs plenty of spelling help, but she doesn't get as frustrated with the process as she did in the beginning. I am still working to get her to fit her letters to the lines - she likes to write very tiny. 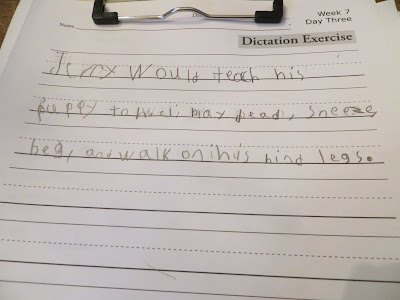 Some cursive practice, by James. He has such nice handwriting in  his handwriting book - I wish I knew how to get it to transfer to the rest of his work! 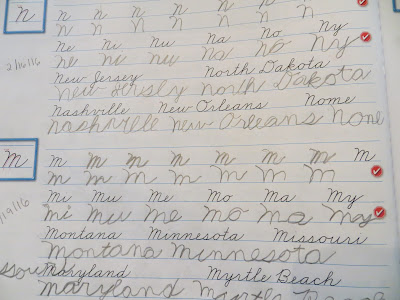 Getting ready to watch "Science Guy" with Rose ~ her Sonlight Science DVD. 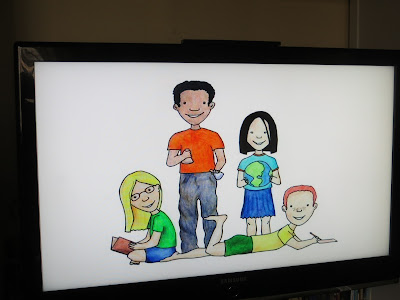 Not homeschool-related, but I love seeing primroses on the windowsill this time of year. They smell nice, too. 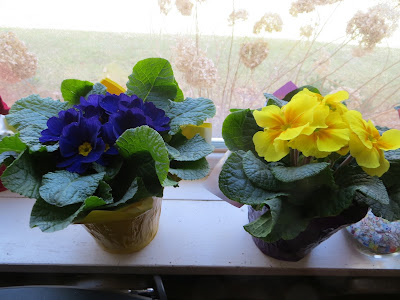 Rose did an experiment to try to identify things by touch only. She has done this experiment a couple of times this year, but she always enjoys it. She let Christopher try it too. 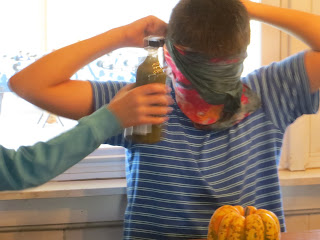 Rose is learning to multiply in Teaching Textbooks 3. She had been doing great with TT up until this point, but the multiplication is causing a bit of frustration, so she is only doing a couple of lessons each week and spending the extra time working on her facts. 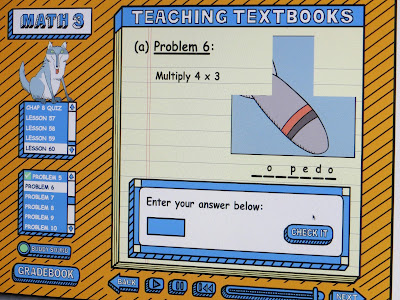 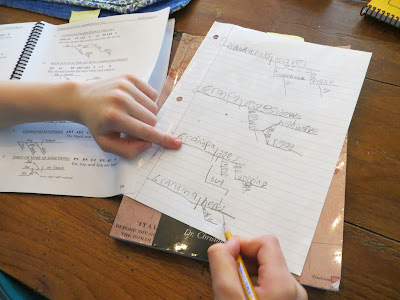 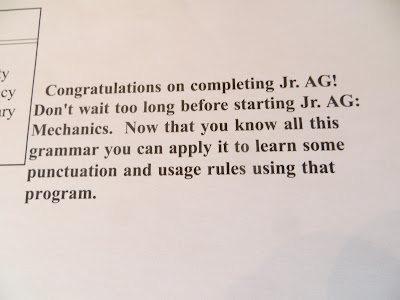 He has moved on to JAG Mechanics, and so far it is a breath of fresh air for him (and me). 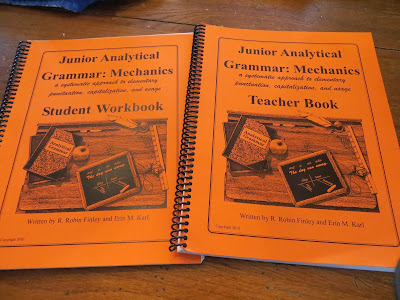 Grace had a Writing Strands 5 assignment where she was supposed to organize materials and write about how she organized them. So she spent most of one morning at the table with crayons spread all over. 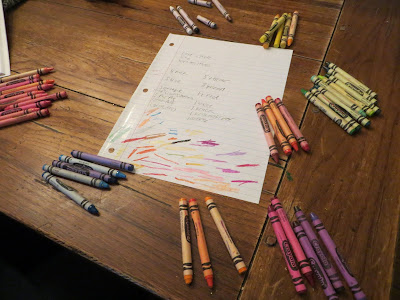 James continues to learn about circuits in Sonlight Science D. He put together circuit puzzles for TOPS Electricity. 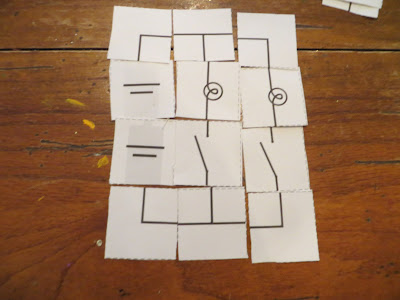 Then he had to build the circuits. The process can be a bit tricky, but thankfully Grace was around to help. It's very satisfying to see that bulb light up! 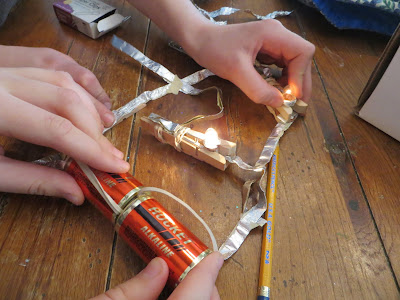 Rose and I read about taste in the Usborne First Encyclopedia of the Human Body. Then she did the suggested experiment. I prepared a bowls of shredded apple, shredded carrot, and shredded pear. Her job was to hold her nose and try each one, then try each one without holding her nose. It is definitely trickier to identify what you are eating with no sense of smell! 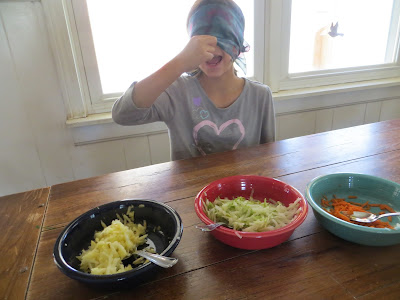 She also experimented to see what would make a solution with water. She found that she could get salt, sugar, baking soda, and paint to dissolve in water, but not oil. 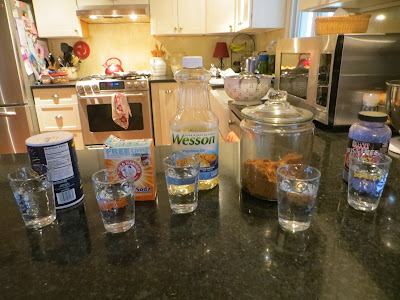 We made a time capsule on February 29th. The kids had fun coming up with random things to put in it.  They put in receipts from the junk drawer, origami, a Valentine card, notes to themselves, a set of keys from a car we had to "retire", and a few other things. We put it all in a box and stuck it at the back of the craft closet, to be opened next Leap Day.


Rose and I have been rowing Mike Mulligan and His Steam Shovel, and I have Madeline all planned and ready to go next. 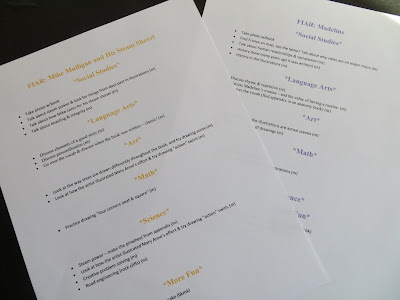 Rose did a fun lesson on prepositions for First Language Lessons 2. She chose a stuffed animal to be the "King of the Stuffed Animals". The king had to sit on his throne, hide under his throne, walk around his throne, etc. She even got to make him a little paper crown! 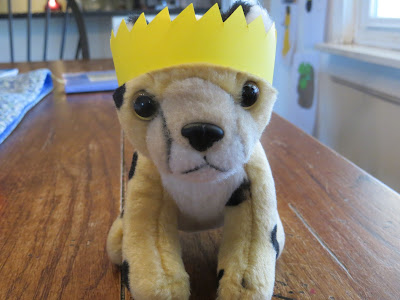 That's a wrap! But I'm sure I'll have another Homeschool Moments post soon.