Rowing Stopping by Woods on a Snowy Evening {FIAR}

Rose and I just started our next Five in a Row book: Katy and the Big Snow, but I thought I'd pop in to share our recent finished row: Stopping by Woods on a Snowy Evening, an illustrated version of Robert Frost's poem.

I have a soft spot in my heart for this poem, and this beautiful little book. Many years ago, my family (including my mother) had the opportunity to visit The Frost Place in New Hampshire, where Robert Frost lived for a few years, and where he spent many summers. I first saw Susan Jeffers book at the gift shop there. I bought my mother a copy for her birthday, and when I got home from our trip, I wished I had bought two - so I ordered one for myself. It has been in our winter book basket ever since.

This book is a bit different from the other FIAR Volume 1 selections, because it "doesn't cover Social Studies, or Math and Science in any detail" (according to the manual). It was designed to be used with the Review Week plans found in the manual. 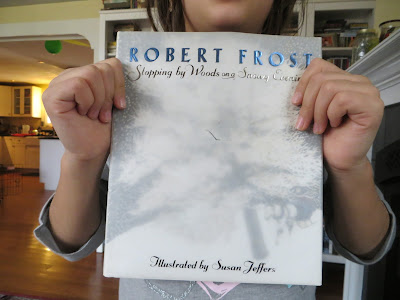 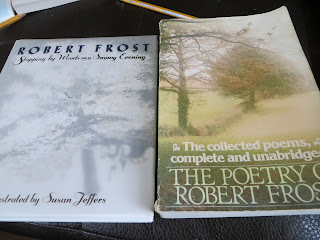 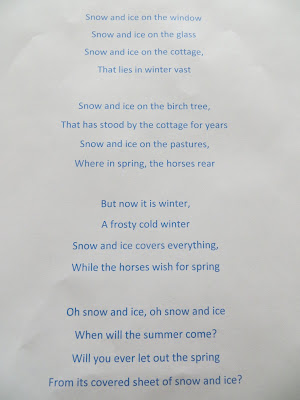 She was pretty proud of her finished product. Me too:) 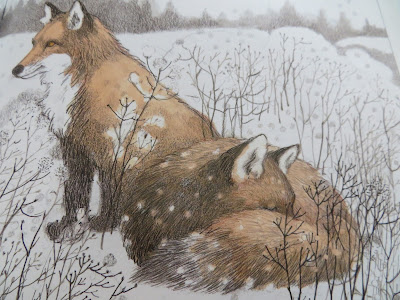 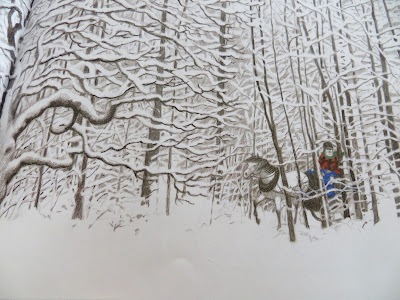 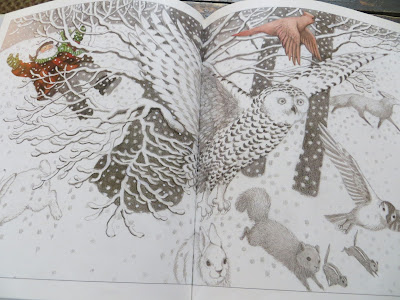 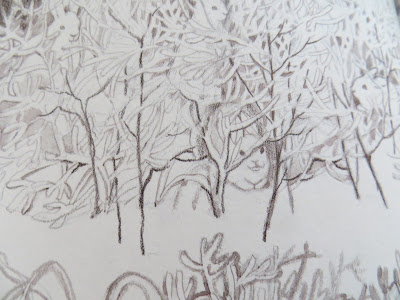 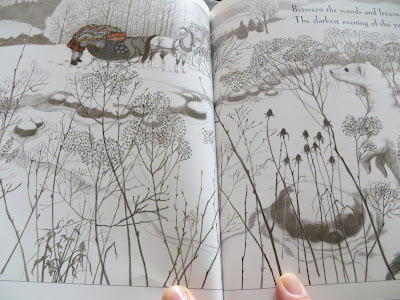 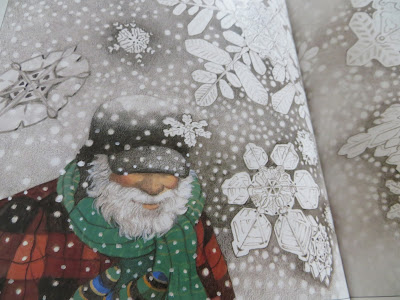 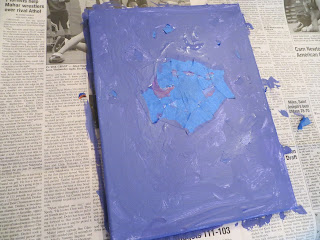 When the paint dried, she carefully peeled off the  tape to reveal her snow. 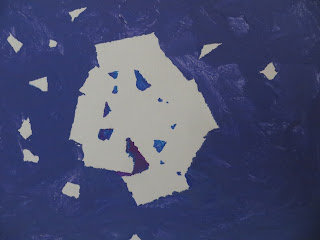 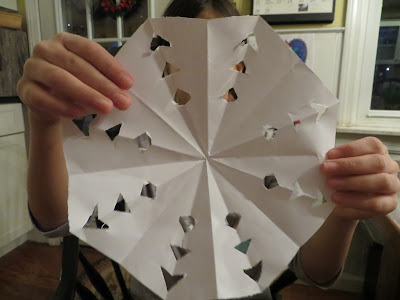 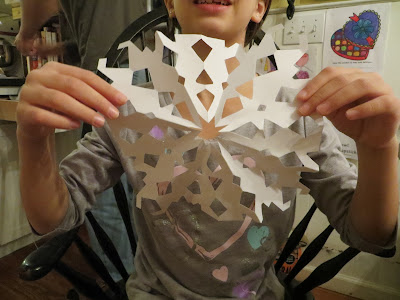 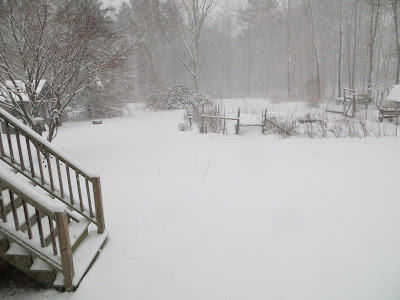 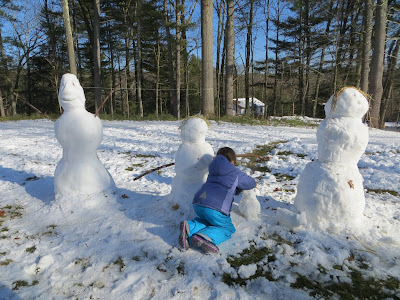 Grace made us a snow puppy. 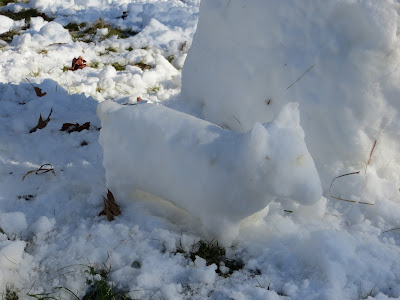 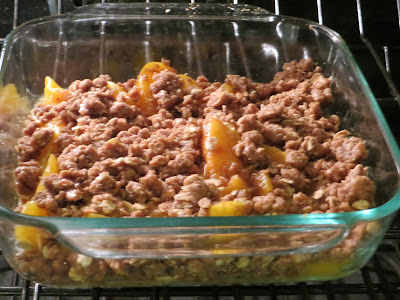 My next FIAR post will be about more snow, Katy and the Big Snow, to be exact!