For the week of February 1st...

A few plans for this week

Making a fun dessert for Groundhog Day and seeing what Punxsutawney Phil has to say...although I say we haven't really had winter yet this year - we're still waiting! Celebrating Candlemas with a candlelight dinner. Dentist appointment for me, trying to fit in some more writing time (I made myself a schedule, we'll see if it sticks), planning our Super Bowl menu and watching the game. Maybe seeing a movie, plus the usual round-up of activities, for anyone who is well enough to go to them...we have yet another nasty cold making its way through the house.

Christopher and Grace are still spending time each day prepping for the National Mythology Exam; this week I am going to remind them to start quizzing each other as part of their study time. Rose is about to start the lesson in First Language Lessons Level 2 where she gets to write and send postcards to people - we picked up the postcards over the weekend and she was pretty excited. Christopher just started Book Shark World History 2 last week, after finishing up World History 1. James and I began reading Caddie Woodlawn together.

Out of doors
It's been warm for January ~ no snow still. Hoping for some next week; this week looks like rain only.

In the kitchen lately

I had a little extra time to cook last week because of various sick children skipping activities. So I made blueberry muffins one day, and then a cake from the FIAR cookbook one day for Papa Piccolo. I wish I had time to bake every day.

Watching, reading, crafting
With the kids, we finished up the first part of Earth: The Biography, which I highly recommend (it's available on Netflix). We will start watching the second part next week. We also watched Shaun the Sheep Movie. The kids were a little put-off because it's practically a silent film, but I thought it was cute and fun.  Without the kids, we started watching season 4 of Once Upon a Time, but decided we just aren't into it anymore, though I did enjoy the first three seasons.  We are going to try Grantchester instead.

Posts I am working on

I'm still working on a review of Junior Analytical Grammar and our row of Papa Piccolo, hoping to get both up this week.

We took a day trip to a nearby beach. The view was great and the kids had a lot of fun poking around the rocks...but the tide came in a bit faster than we expected and we ended up having to wade through several inches of water to get back to shore. Luckily, the day was mild, so the water wasn't as cold as it could have been in January - but lesson learned! It was an adventure anyway. 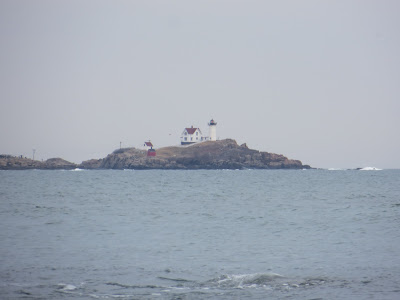 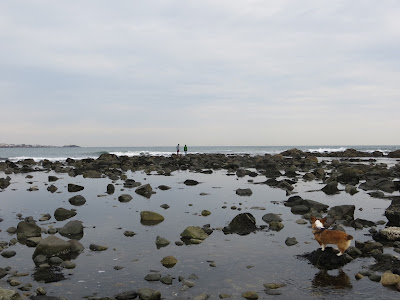