Continuing on my quest to come up with 25 dinners for the slow cooker that most of my family will eat.

This week, I made salsa-lime chicken nachos. This is just a bit of a tweak on another recipe I had planned to try. That recipe relied on cilantro, which I didn't have.

Of course, you can't make nachos totally in the slow cooker. 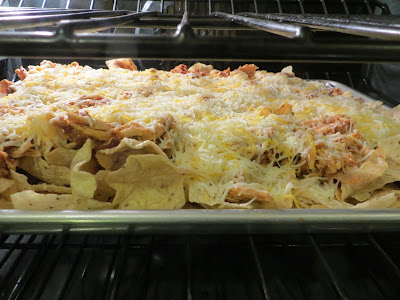 But the first part you can do in the crockpot and it is so easy!

Here's how I made these:

I served these with Greek yogurt, green salsa, and hot sauces for those of us that like more spice.