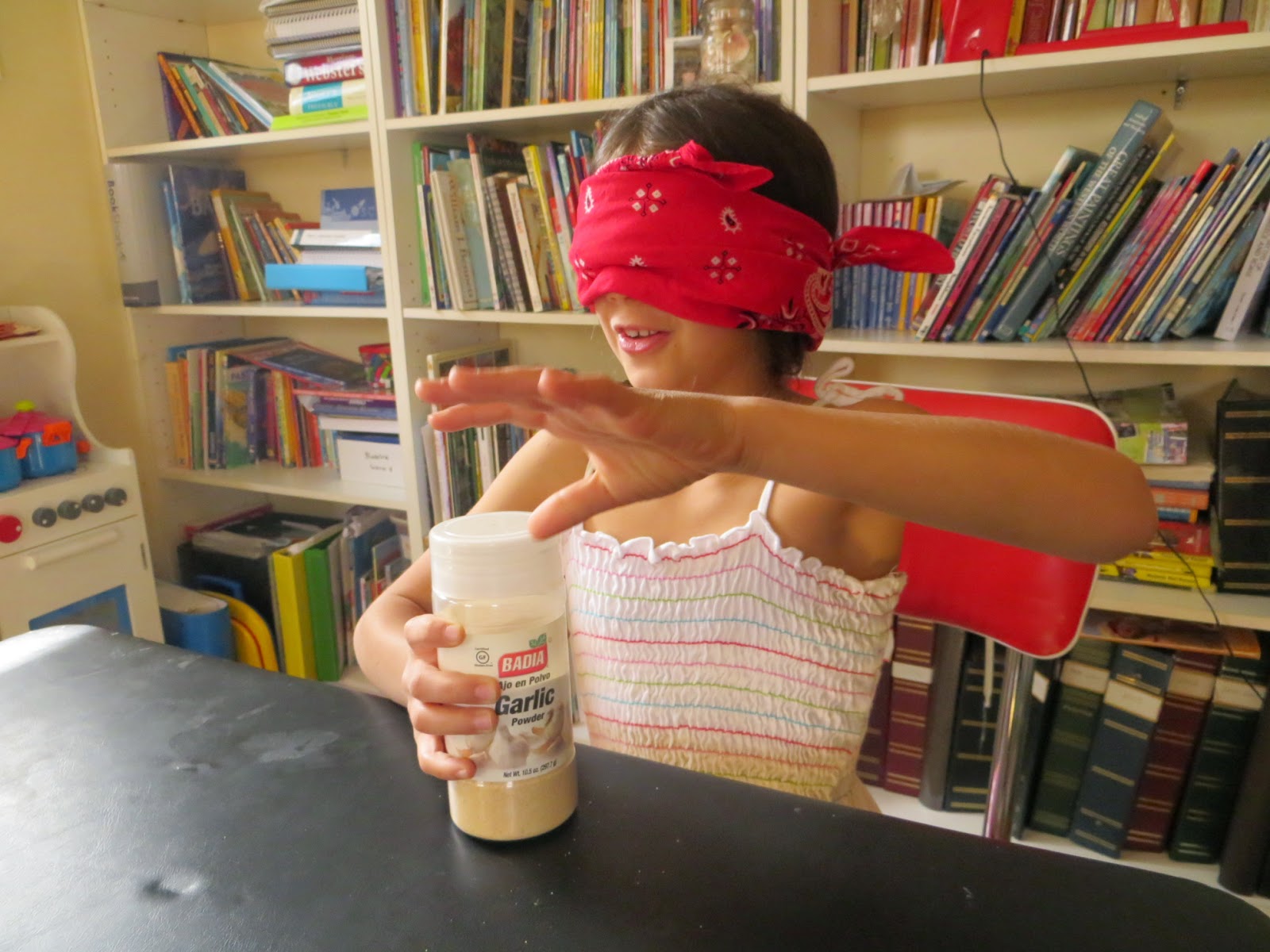 Playing the senses game....can you guess what an item is by feeling, smelling, hearing, or tasting it...while blindfolded? This is such a fun, classic game for this age. We have played many variations of it over the years. 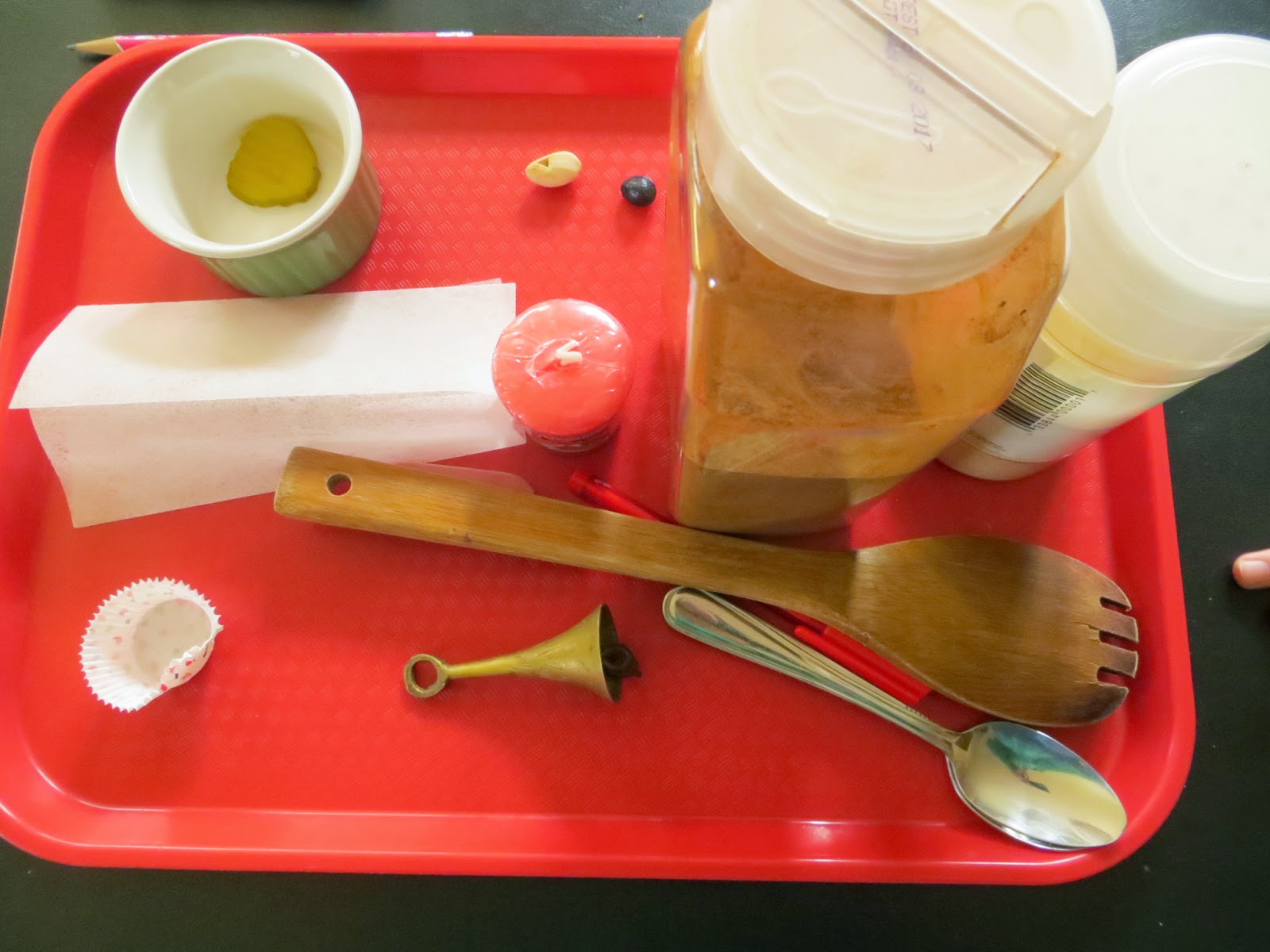 I made up a tray of different things.

And obviously some of these could be figured out using multiple senses! 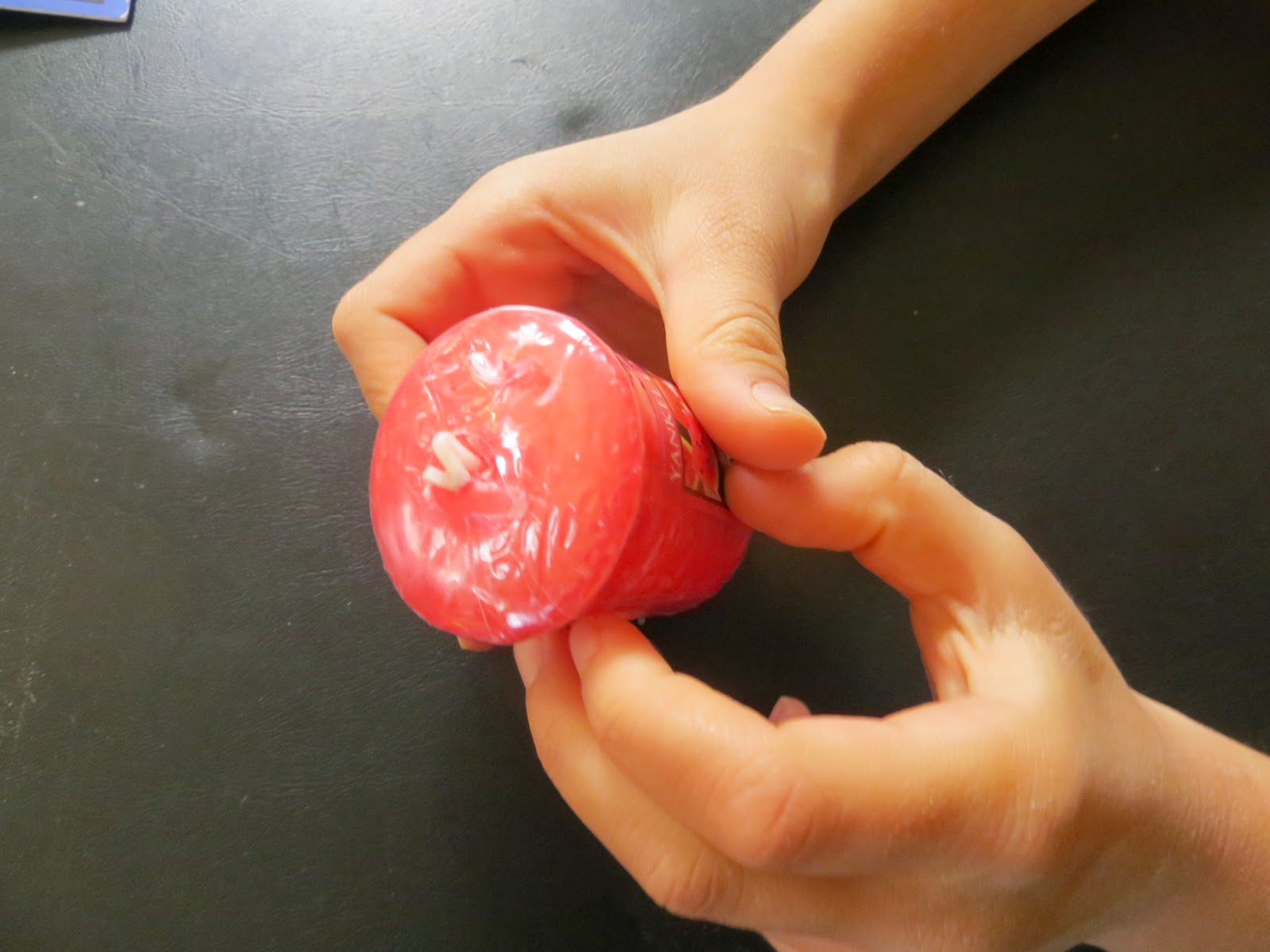 She did really well with this and was surprised at how easy most of the items were to tell, even while blindfolded! 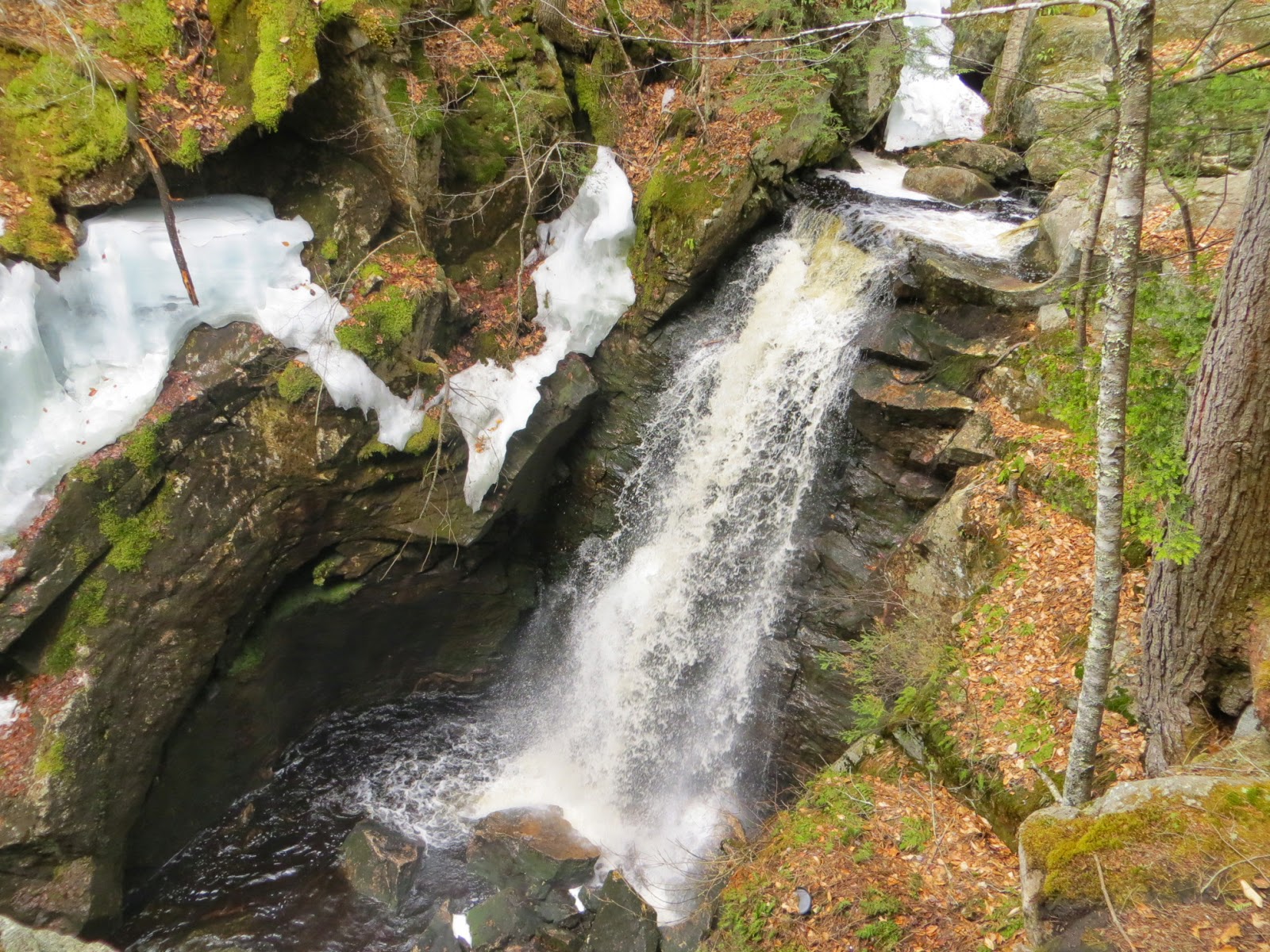 For our weekly hike, we went off the beaten path to see a seldom-visited waterfall. 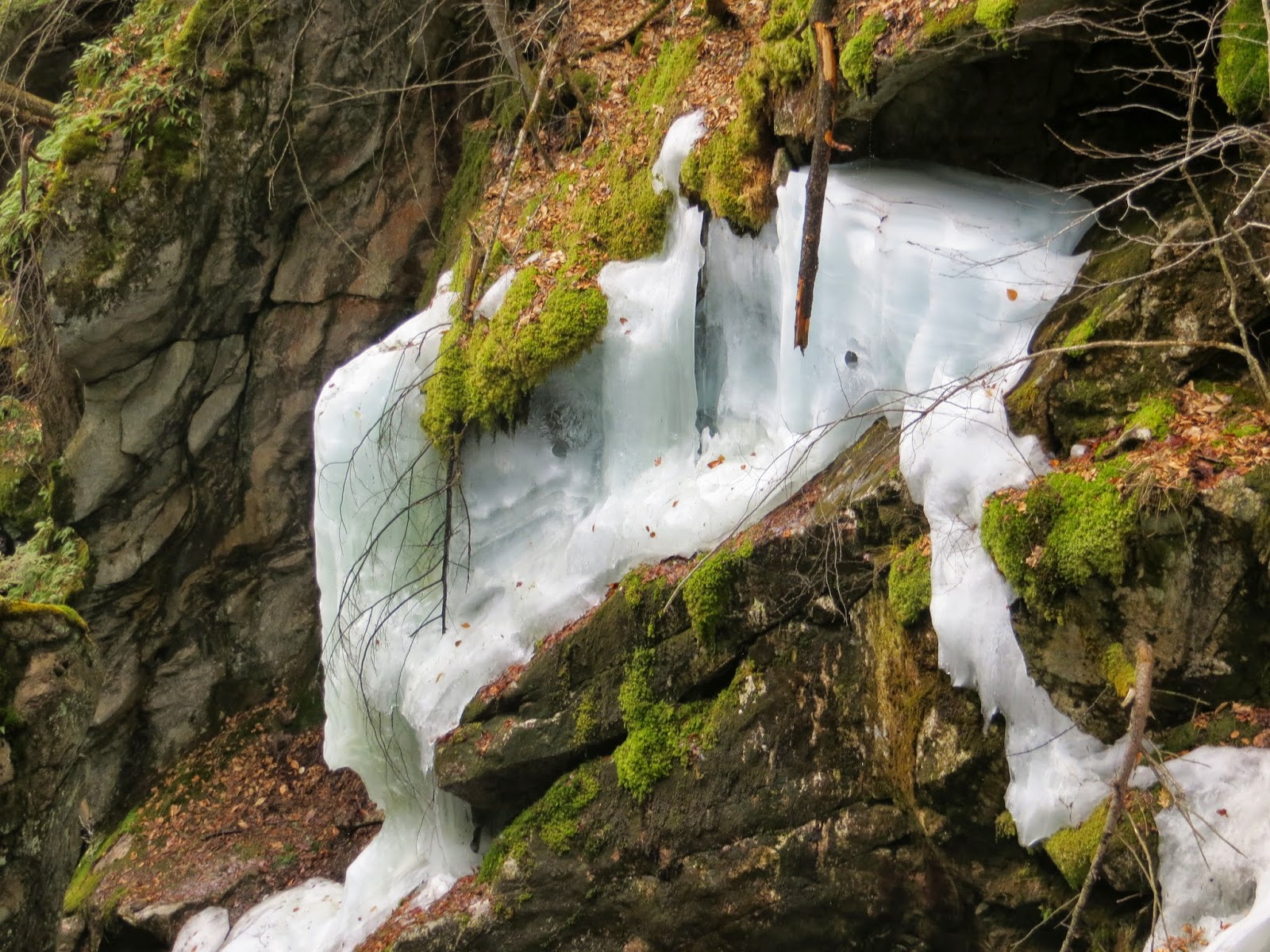 It was a fairly warm day, but there was still plenty of ice around the falls! We learn something new with each hike. This time, I learned that we definitely need to bring more snacks! 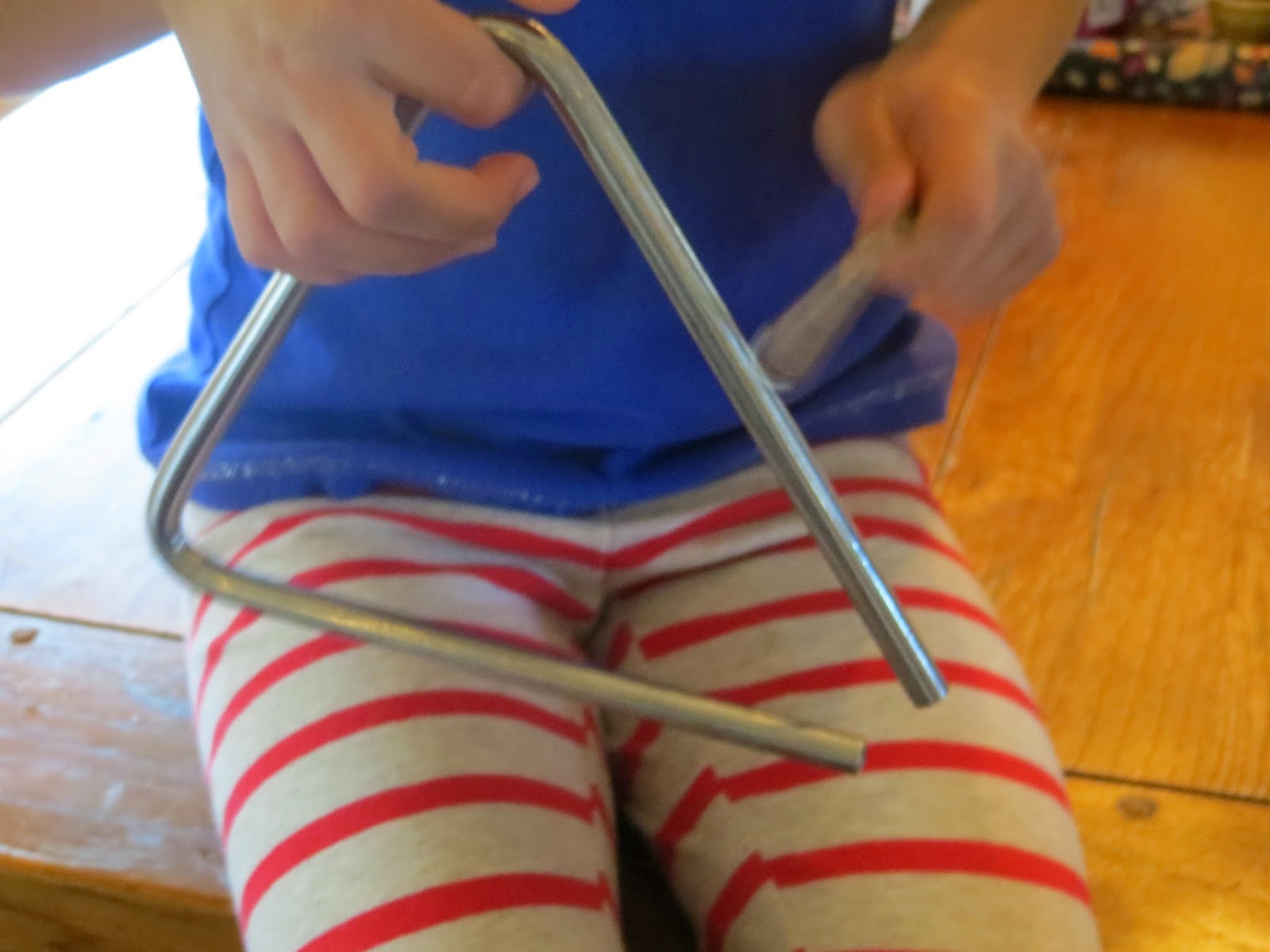 James and I have been reading Story of the Orchestra this year. This week we read about the triangle and Rose, who always listens in, made a mad dash for the toys and found an old one I had forgotten about. They took turns trying it out, then we listened to the accompanying musical track and were able to pick out the soft sound of the triangle in the background. 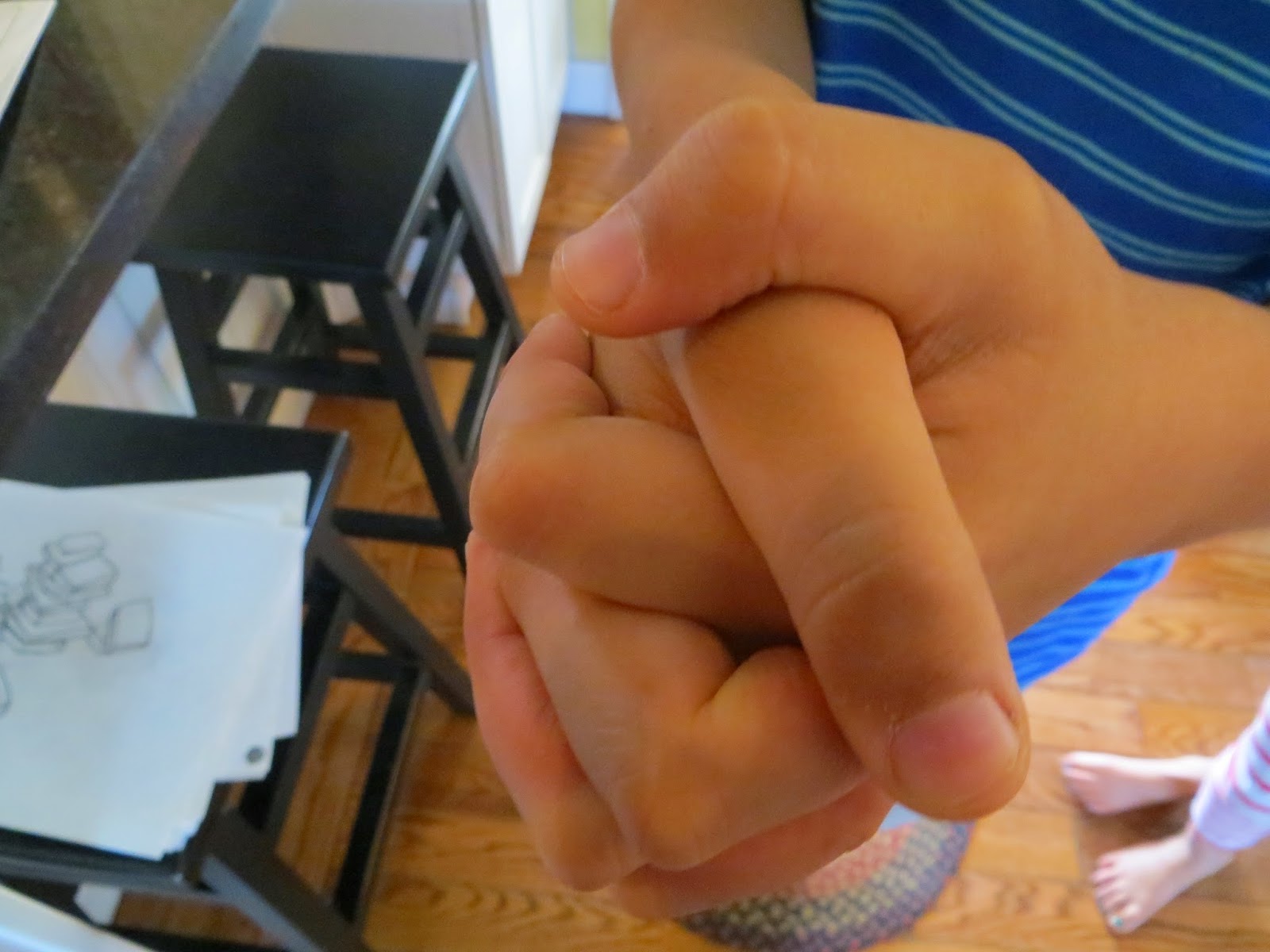 Christopher had a couple of short and fun activities this week from Blood and Guts. One was to determine your thumb dominance. You just quickly clasp your hands together and whichever thumb ends up on top is your dominant thumb. He and I were both surprised to learn that our left thumbs were dominant, even though we are both right-handed! 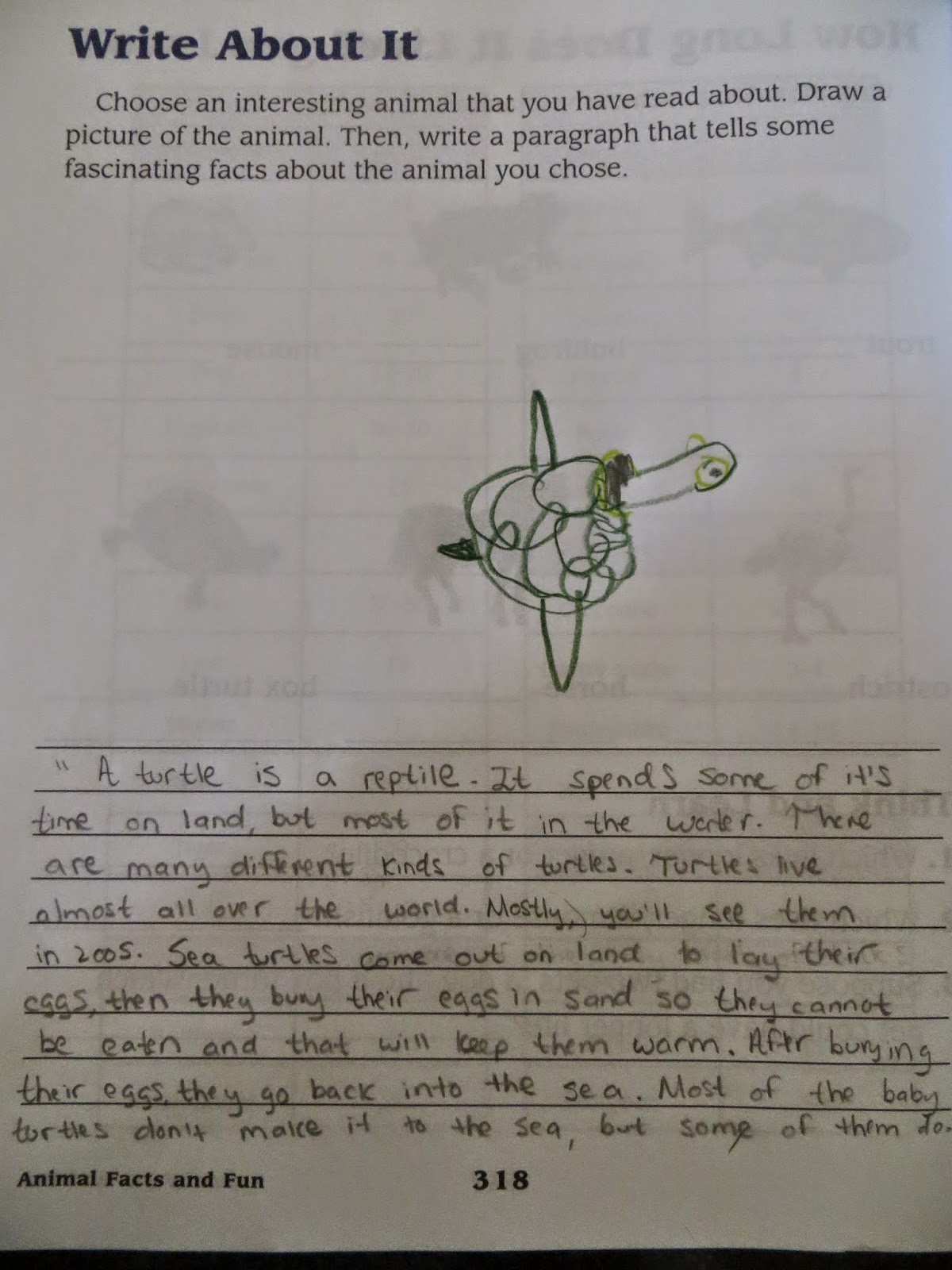 Rose finished The Complete Book of Animals! This week we learned about food chains, how a clam eats, the proper names for lots of different baby animals, how long some animals live, and lots of other things. To wrap up, she was asked to write a paragraph about a favorite animal. She was happy to draw a picture of a sea turtle, but not so keen on writing anything, so she dictated to me. 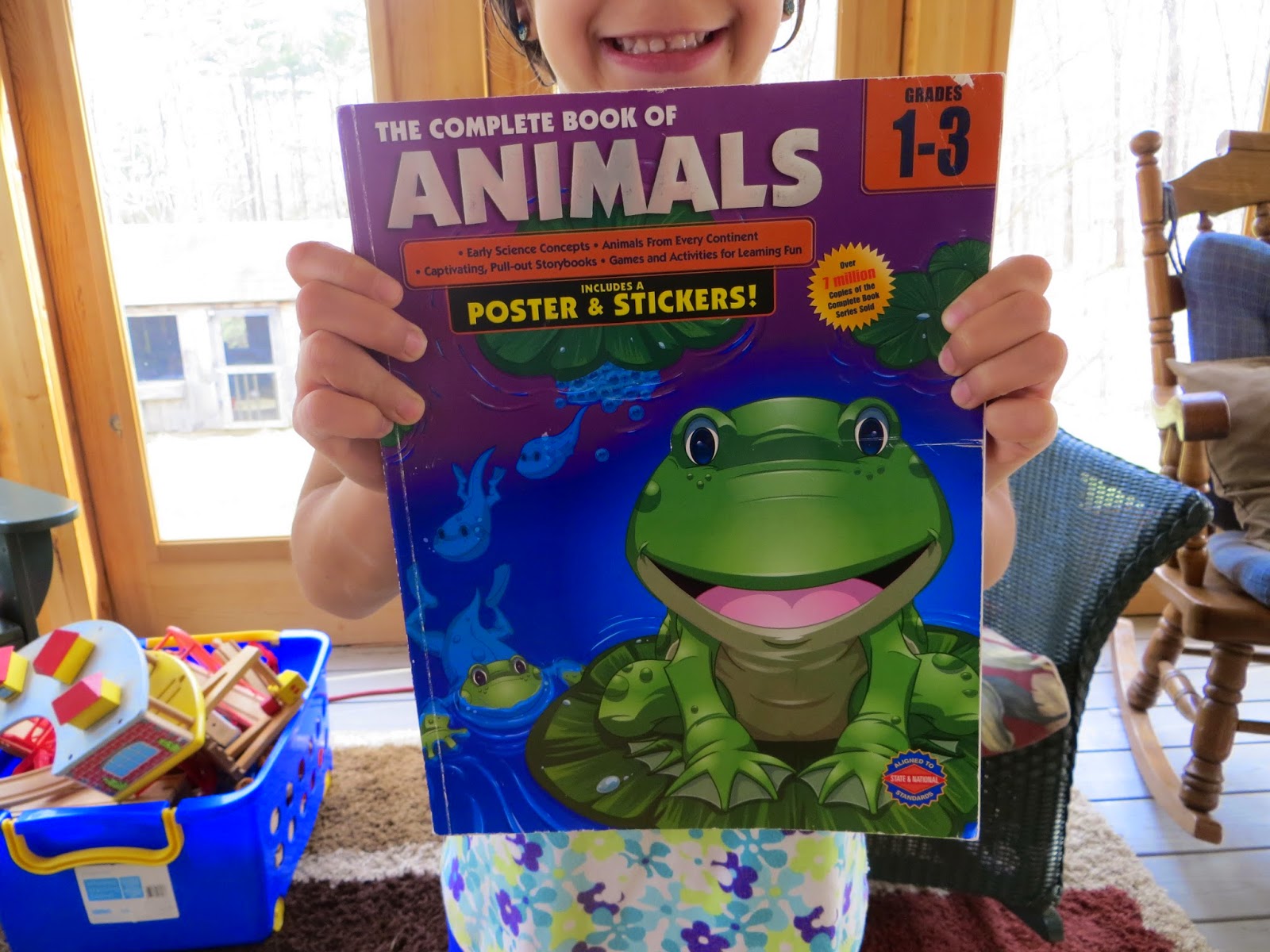 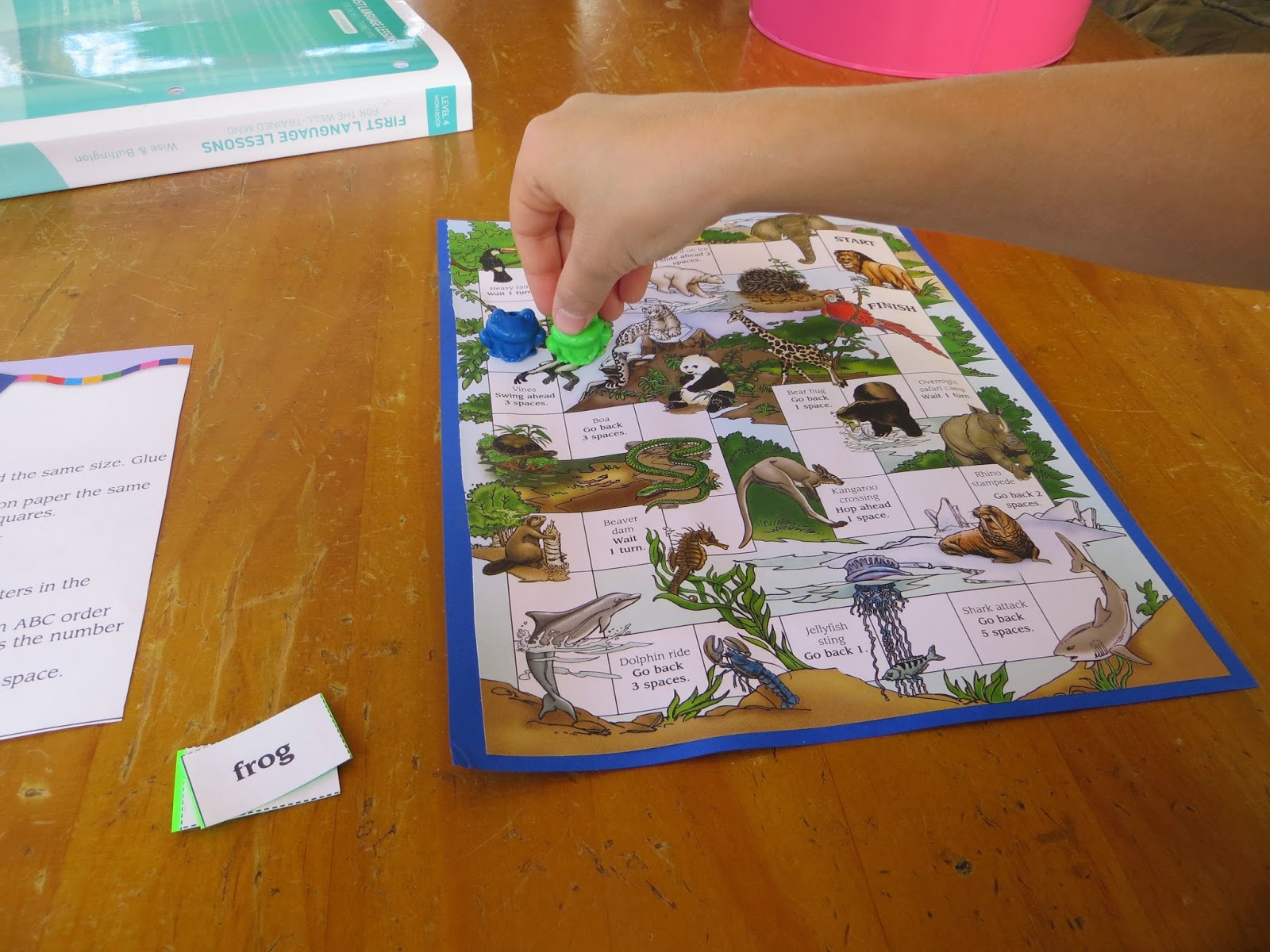 Then we put together the game included in the back of the book and she played it first with me, then with James. 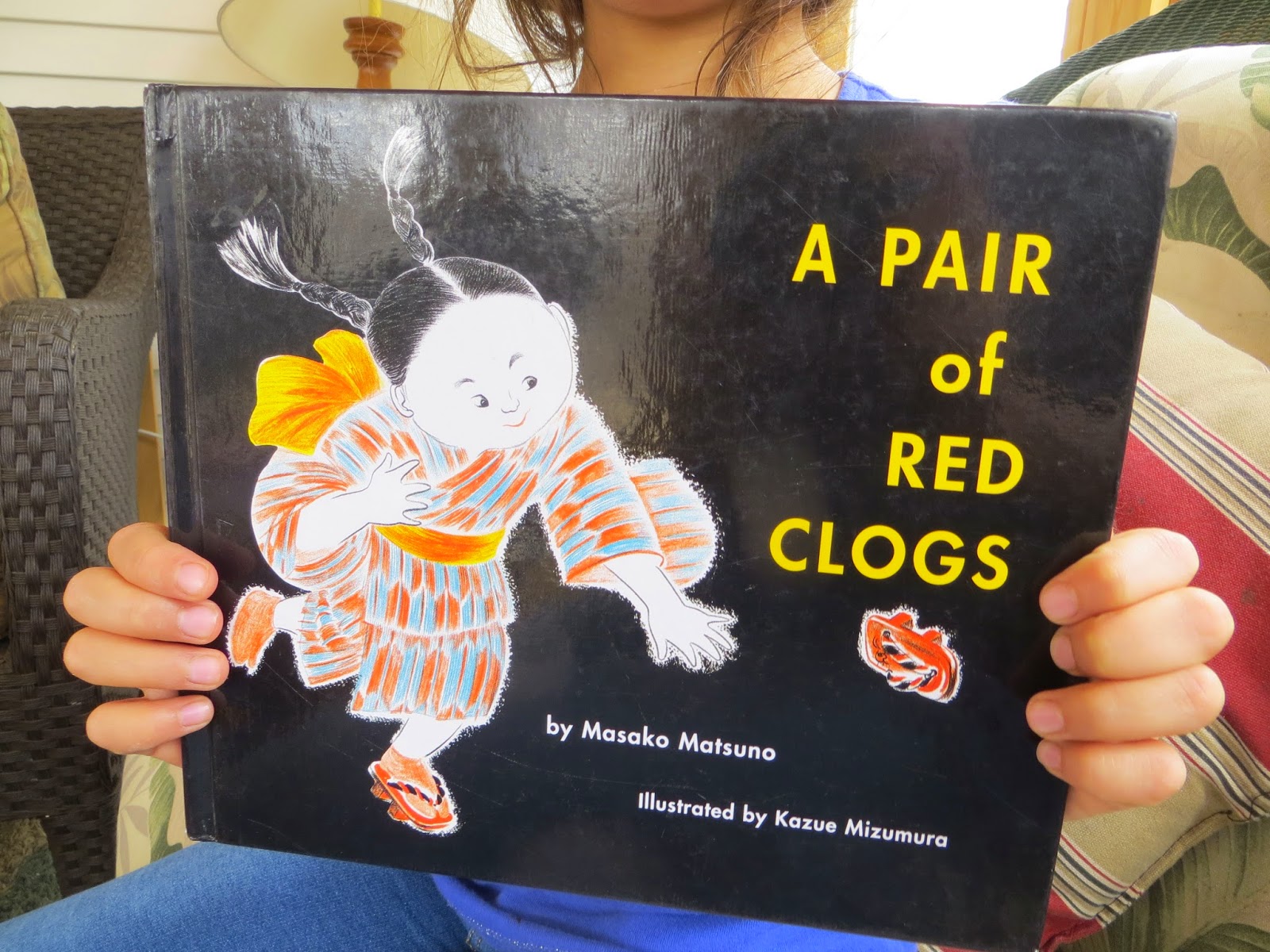 Our current "row" in progress. We started a lapbook for this and future rows; I'll share details soon. 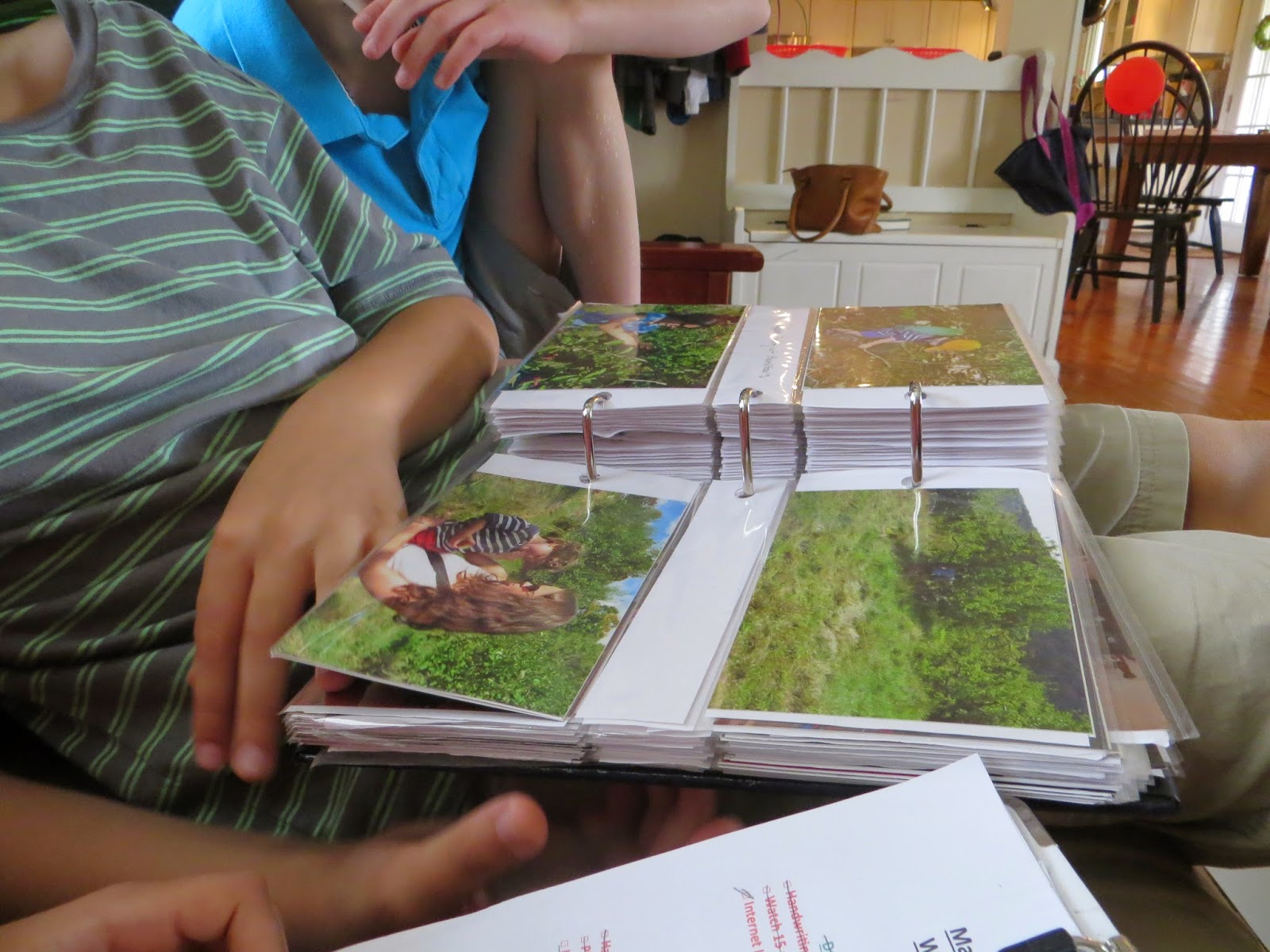 Christopher had a little experiment to do involving the family photo albums - which once upon a time I actually did keep up with! He was to look through old photos and try to determine his earliest memory. His was getting a Popsicle at the zoo when he was about four:). 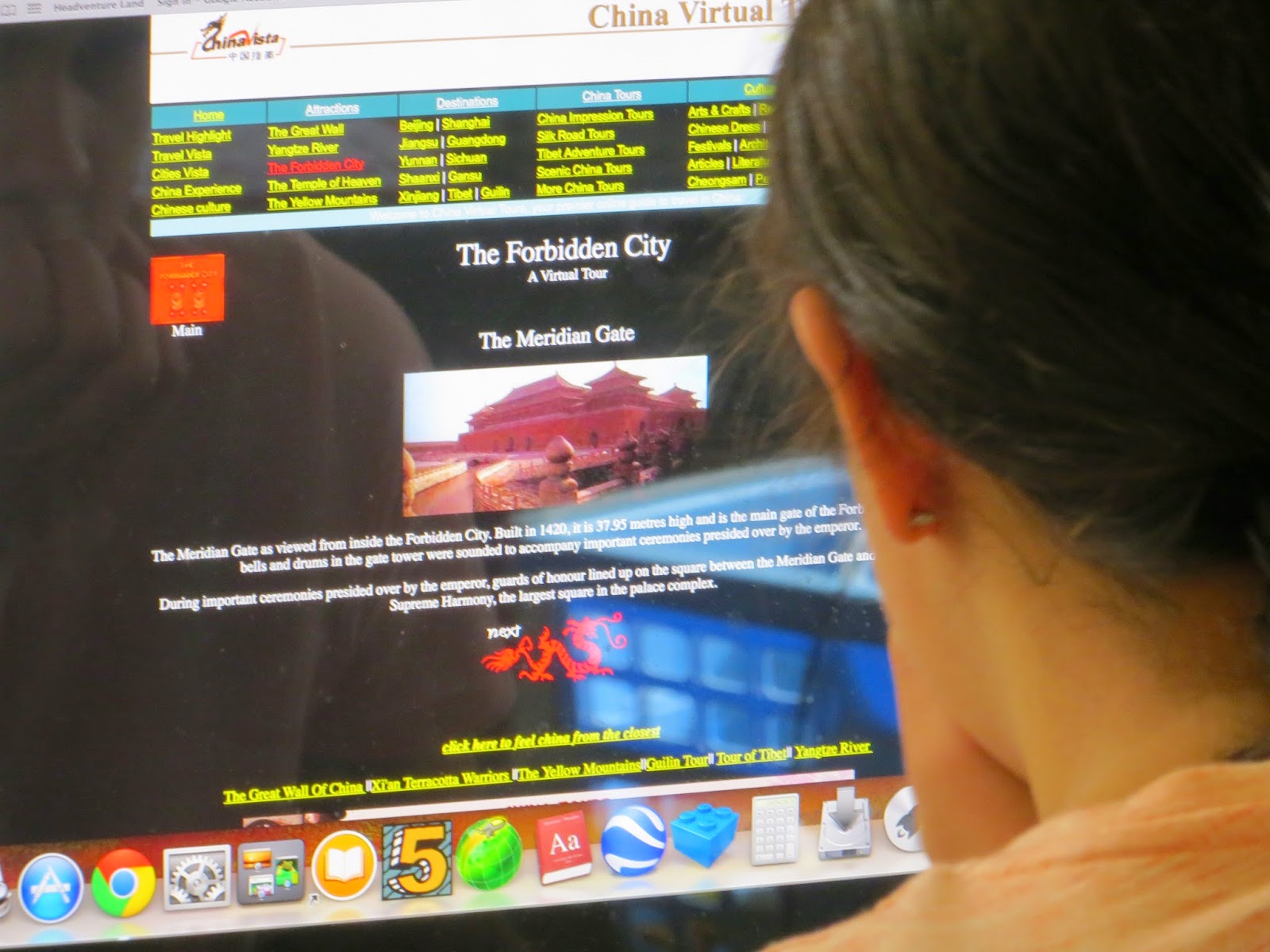 Grace is up to about week 27 of BookShark's World History 1. She is still doing double-pace and that seems like a good pace for her. This week she took a virtual tour of The Forbidden City, one of Bookshark's Instructor Guide Links - except we actually used the Sonlight's IG links because I couldn't find BookShark's. 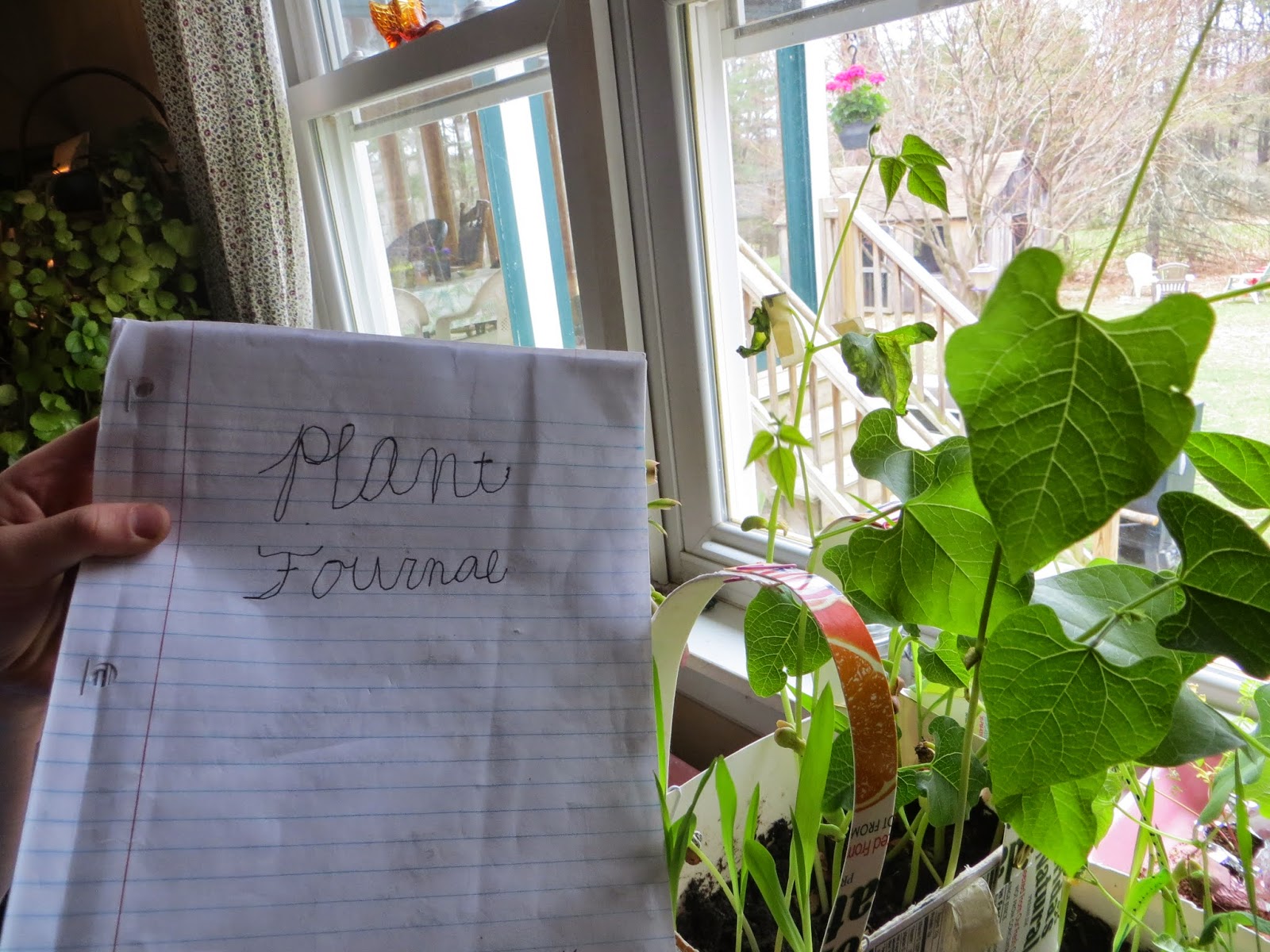 The boys and I wrapped up their study of TOPS: Corn & Beans. I have quite a few pictures from the month we spent on this, so I hope to do a review/wrap-up post soon. It was a good time, but I am thankful we are done because it was a big time commitment each day.

Those were just a few moments from this past week of homeschool!
Posted by Kim at Friday, May 01, 2015