Thoughts for the week of February 9th.... 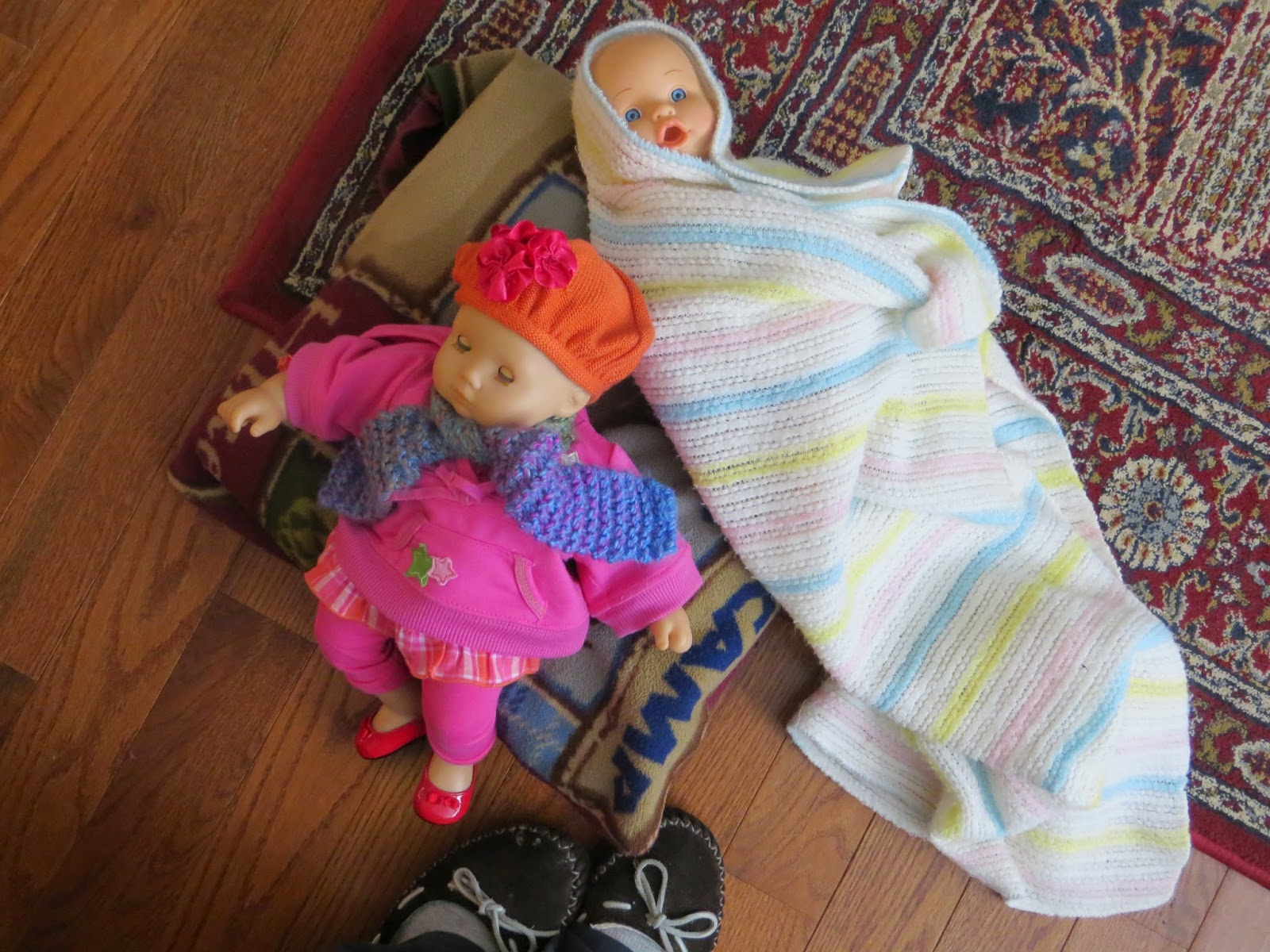 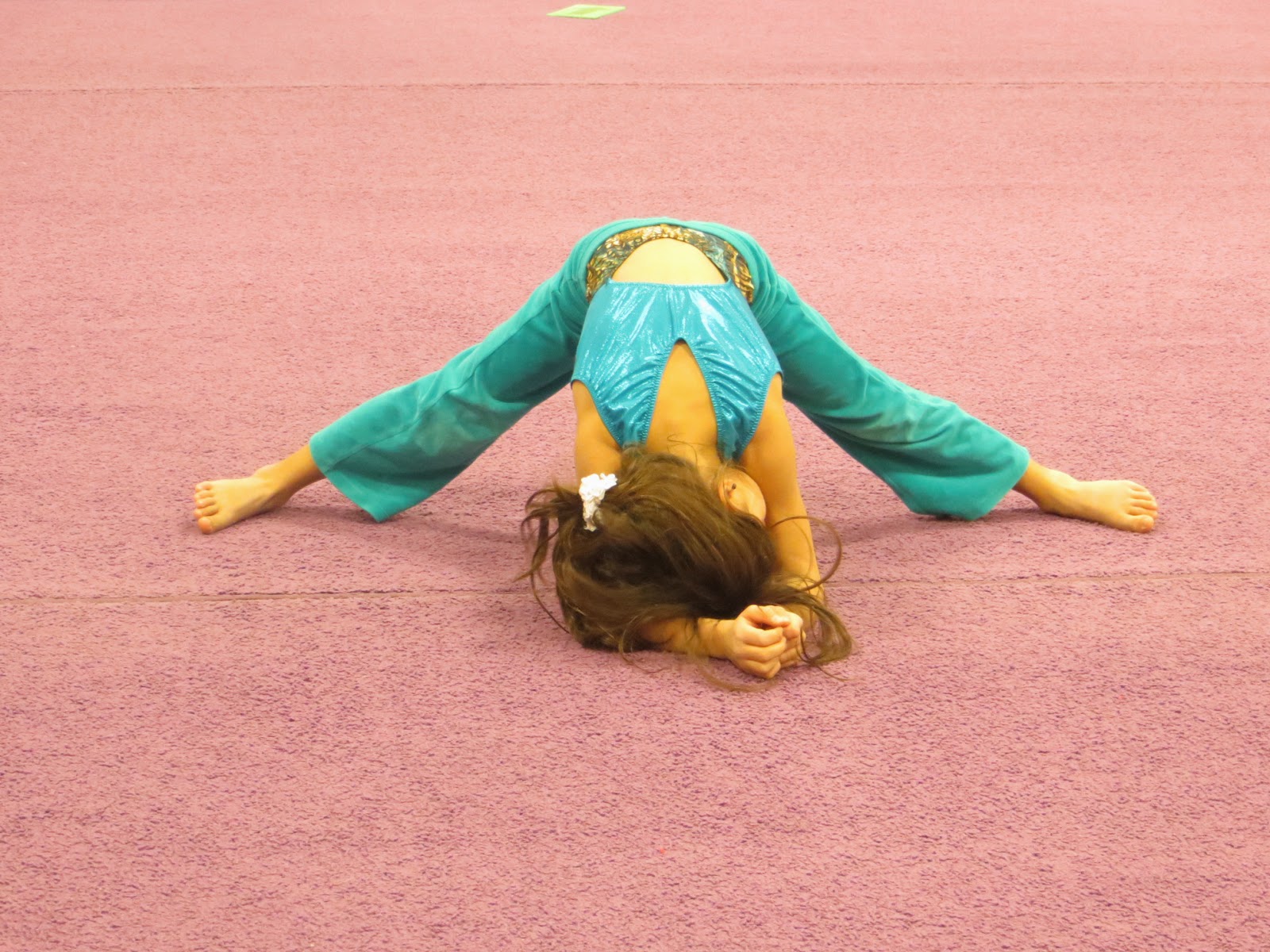 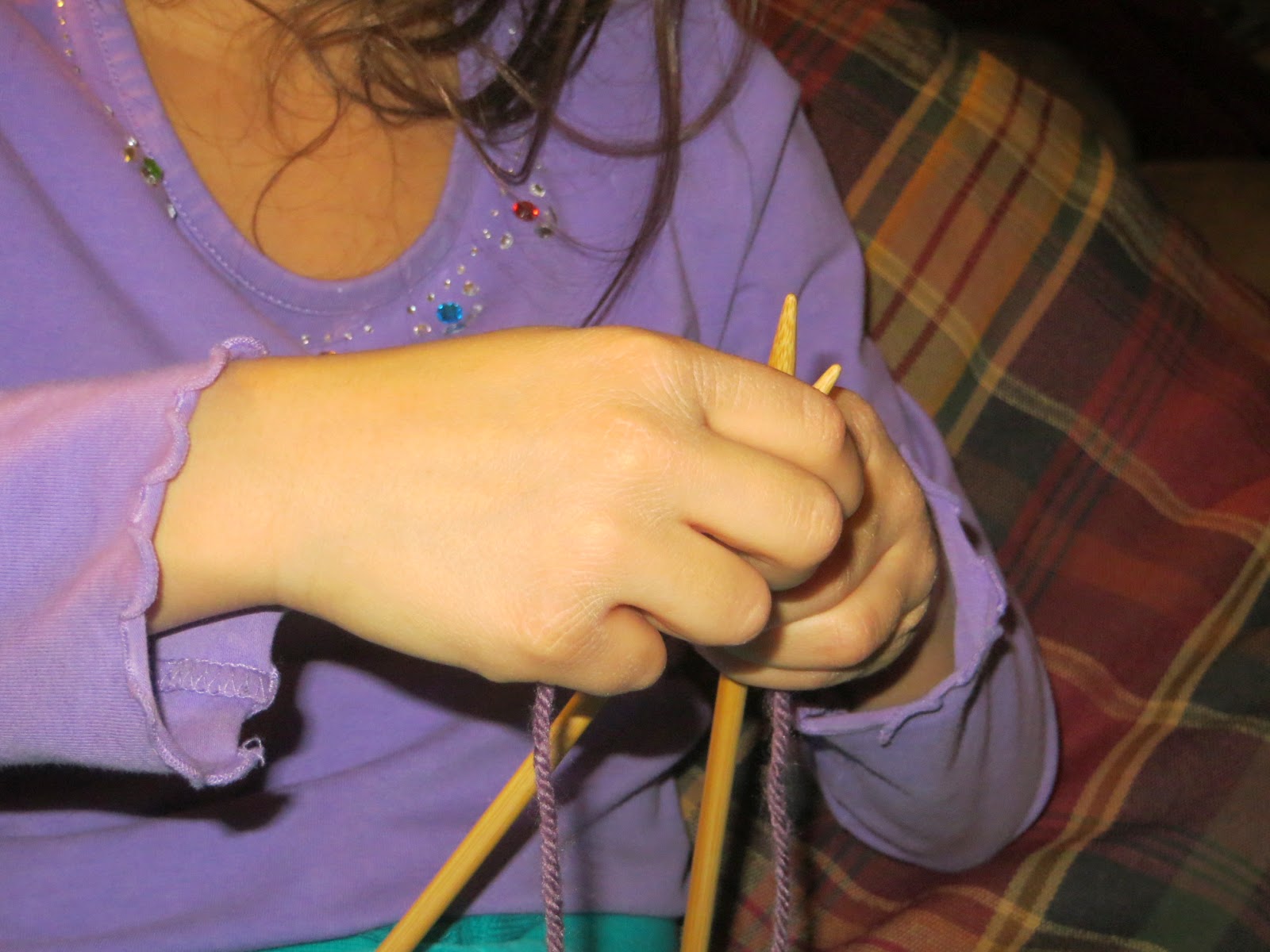 How very fortunate I feel to have a six year old, especially as my "big kids" get bigger. Don't get me wrong, I love having older kids as well, but there is just something so comforting about having a little one still running around. I am trying very hard to appreciate every moment of it. I find myself pausing more and more to notice little set-ups like the one with the dolls above. Sometimes when I sneak into her room at night to remove the stack of books she falls asleep with I find cute little scenes, like the dollhouse dolls sitting around the table or her stuffed horse decked out in a blanket for the night.  She is learning to do the splits and it is slow going, but she keeps trying, although not without frustration. Ditto with knitting. She says she is knitting me a bookmark. So sweet.

Plans for this week

Hopefully getting our passport applications organized and sent off, which will be a big relief. I need to get Rose some new snowpants, she has torn right through the knees. Making a jelly roll for Lincoln's birthday, per tradition. Waffles, ice cream, and strawberries for Valentine's Day and candy for everyone. Snowshoeing on the weekend if it is not too cold. And possibly participating in the Great Backyard Bird Count.

Grace and Christopher have been quizzing each other each morning and then spending some quiet time preparing for the National Mythology Exam. I received the National Latin Exam last week, and Grace is also preparing for that.  James is beginning his TOPS radish experiments in a week or so, and I need to look it over and make sure we are ready to start. My older two loved these experiments from Sonlight Science D, so hopefully he will too. His year has been super light on experiments so far, so I think he will appreciate some hands-on work. I also want to start The Magic School Bus Volcano Kit with Rose this week. We have had it for a few months but I never seem to get around to beginning it and she is getting impatient.

Well, there is snow. And another storm arriving today! Where we are going to put all this snow, I am not sure. It is deep out there! We have made paths with the snowblower to reach the animals, but even so, winter animal care has meant a lot of extra shoveling and digging out just to get the doors to open and shut.  We went snowshoeing yesterday, just in the woods out back, and it was so nice. Well, except for the parts when Rose was lying on the snow refusing to get up. That wasn't so fun. It's great exercise though and a reason to force myself to get outside.

I have decided to try to make a 6 week meal rotation to make shopping and menu planning easier. I am spending way too much time planning meals. I enjoy it, but I don't really think I can spare that time every week to draw up a meal plan and grocery list, so I'm going to see if I can put it more on autopilot. Rose has been asking about making peanut butter cups, so I'm going to try to do that. We had an awesome salad over the weekend with spinach, cucumber, tomato, red onion, feta, candied pecans, and a maple vinaigrette.   It was really, really good.

I finished up Knitting Yarns, which I really enjoyed and which made me feel much better about my beginner knitting skills. I also finished Magical Journey, which was okay, but I liked Katrina's other two books much better. This one felt a little too self-indulgent to me. Now I am reading Orange Is the New Black . We have been watching season two of Sherlock without the kids and it is such a fun show. I don't always understand it, but the characters are a riot and I love that it is set in London, which we visited many moons ago and which I would love to see again.  With the kids we watched Cosmic Voyage (IMAX) and yet another Star Wars movie over the weekend. I really like the IMAX documentaries. Rose tends to be sensitive about things and these are rarely a problem. There are tons of them on Netflix and they are short and usually well-done. We have a rainforest one up next to watch.