Rose and I just started a new math program - we are trying out Miquon. So far it is going great, but I'm going to give it a few weeks before forming any opinion on it. After we finished Math Mammoth 1a, and while we waited for Miquon to arrive, we spent a lot of time playing Dino Math Tracks. I got this game way back when Grace was a kindergartner and it is just as popular with Rose as it was with her older siblings. This game is designed to teach place value skills and it does an awesome job of it. Before we started playing, Rose really did not understand place value at all and she had a hard time reading numbers over two digits. One of the reasons I did not like Math Mammoth for her is that it just wasn't giving her a good sense of number value; she found any discussion of place value super confusing. After we played Dino Math Tracks twice, she could easily read a 4-digit number and she understood what each number really stood for. Pretty impressive stuff! 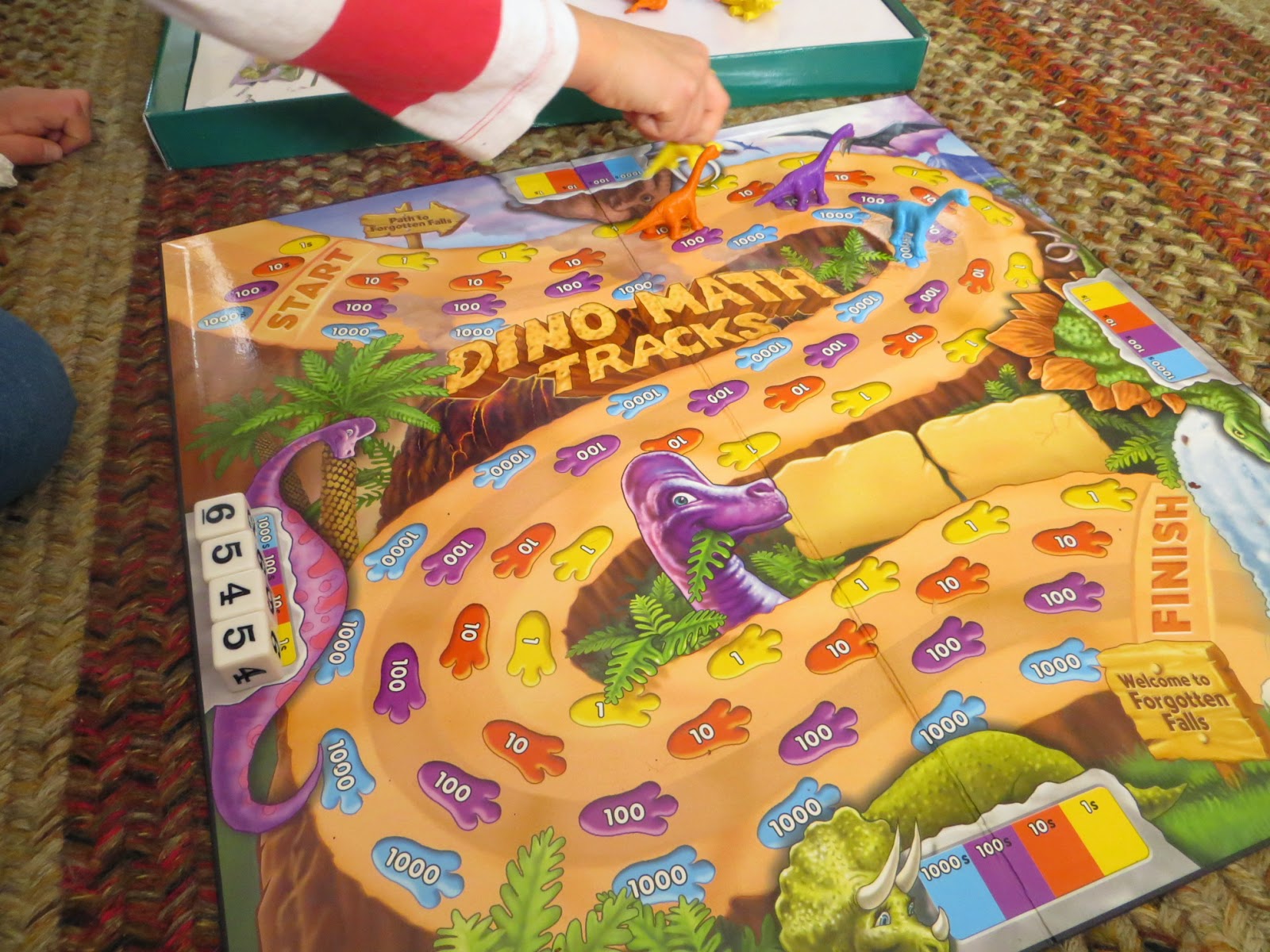 As you can see, the Dino Math Tracks board is brightly colored and covered in...dino tracks!  Each player (there can be up to four) chooses a dino herd to play with. There are three different dino herds, plus a herd of woolly mammoth. Each of the four herd members is a different color to match the track they will follow on the board.  Your 1000th place dino is blue and follows the blue tracks, your 100th place dino is purple and follows the purple tracks, and so forth. The object is to get all your dinos to the finish line first. 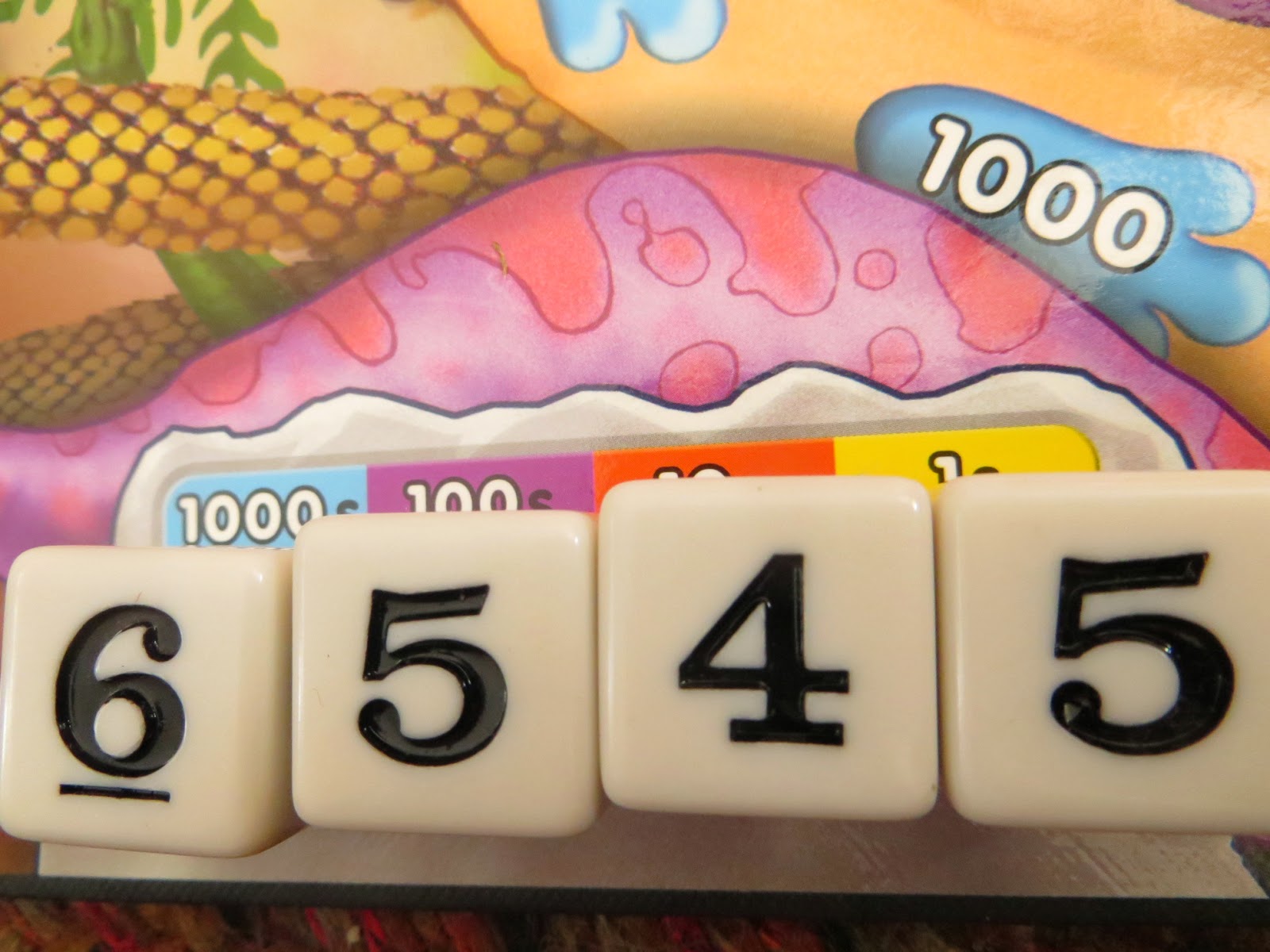 On your turn, you roll four dice and line them up on the little place value chart in front of you. The dice can be arranged in any order you wish - their order determines how many each dino will move. The 1000th place dino would move six on this turn! I always ask Rose to read the number she has made out loud. 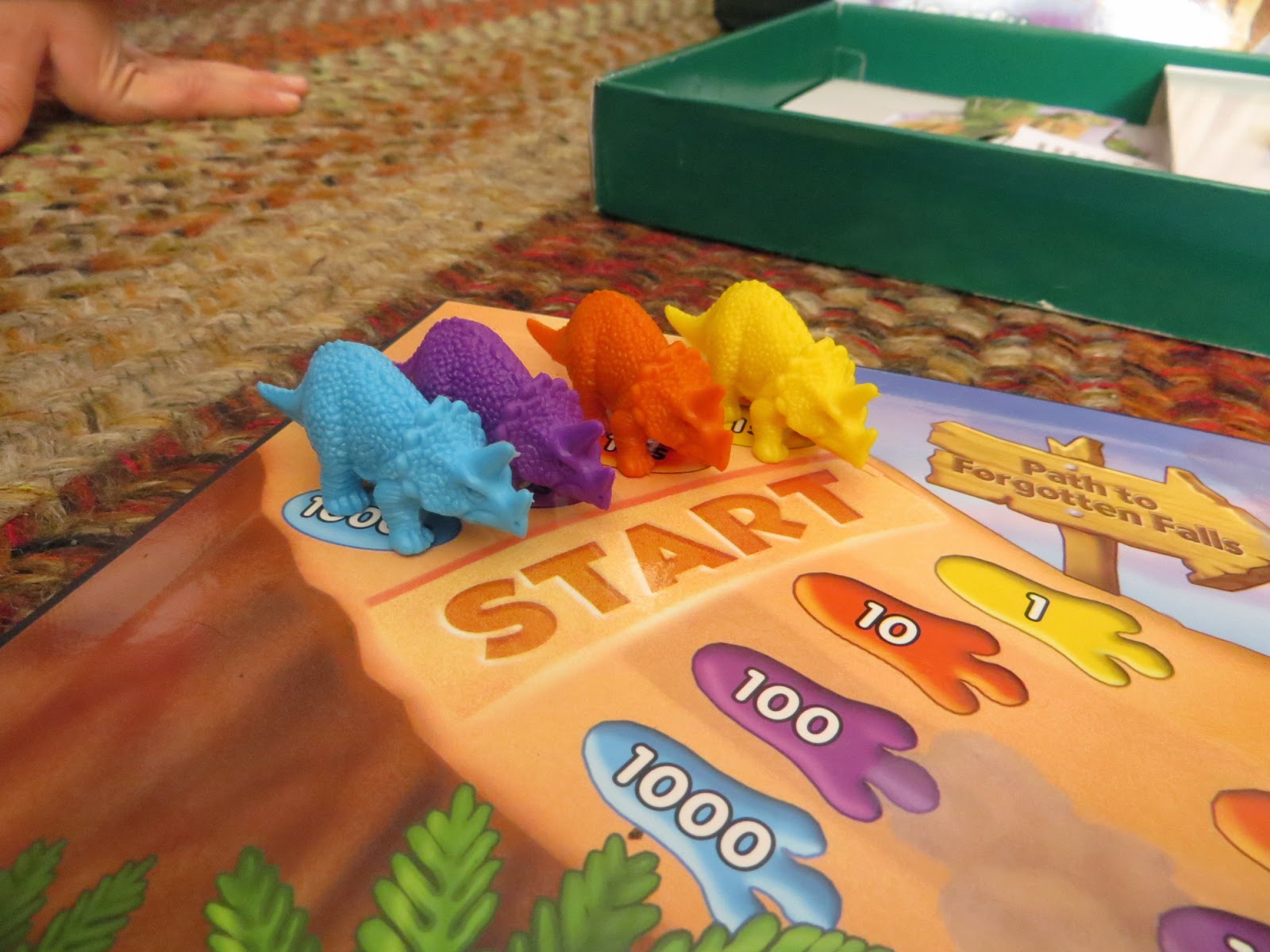 I really love the dino playing pieces. They are so cute and colorful! They are made of a kind of rubbery material and have a nice feel to them. 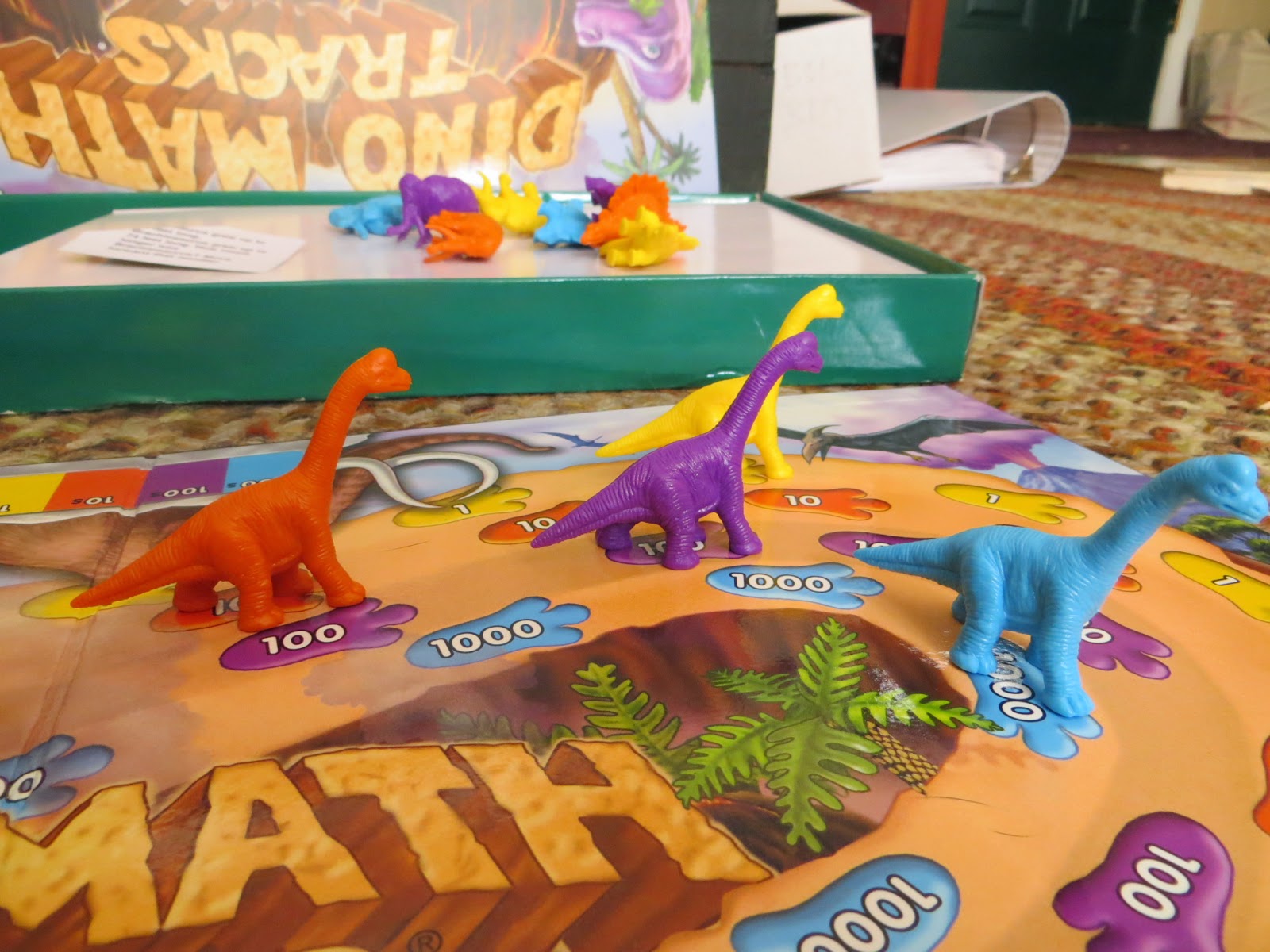 This is a game of strategy too, since you choose the 4-digit number to make.  I had to help Rose with her strategy the first couple of games, showing her how she could put a bigger number in the 10's spot if that dino was lagging behind, but she caught on quickly.  When two dinos end up on the same space they have a showdown, which involves rolling a special green die to see who gets the higher number. A little extra math practice! There are several options given to make the game easier or harder. To make it easier, you can play with just the ones or the ones and the tens.  You can up the challenge by adding in the math problem cards, which ask you to solve addition and subtraction problems.  We haven't tried those yet, but I am sure we will when she is ready.

The only downside I have found to this game is that the board is pretty compact, so if more than two people play it gets crowded. But that doesn't stop her older brothers from asking to join in. We are still playing Sum Swamp, but Dino Math Tracks is definitely the new favorite math game around here.
Posted by Kim at Friday, February 27, 2015