Christopher and I just finished up Sonlight's Core F, which he shared with his sister Grace (she finished three weeks ahead of him). We had a lot of fun with this Core and I am glad I will get to do it again with my younger two.

I wanted to post a few thoughts on this Core while they are fresh in my mind.

First off, you can see how I tweaked Core F in this post. We started this Core in the pre-BookShark days, so that was not an option for us and I did have to make some modifications. Core F is definitely the most religious Core we have done from Sonlight to date, mainly because it uses so many missionary stories. But there is so much good stuff in this Core that it was worth the small amount of time it took to come up with a few alternate books. We used the 5-day version of Core F. 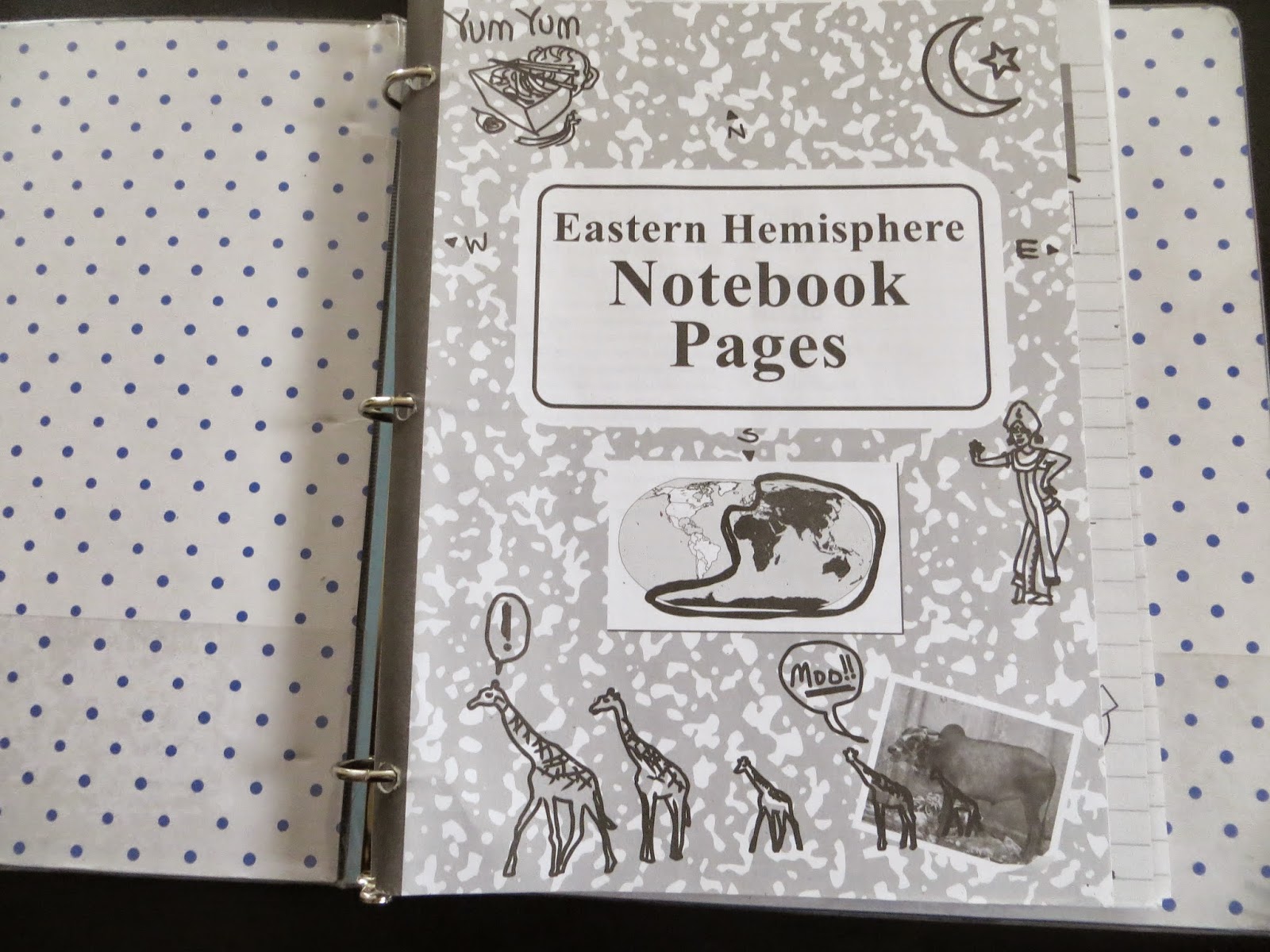 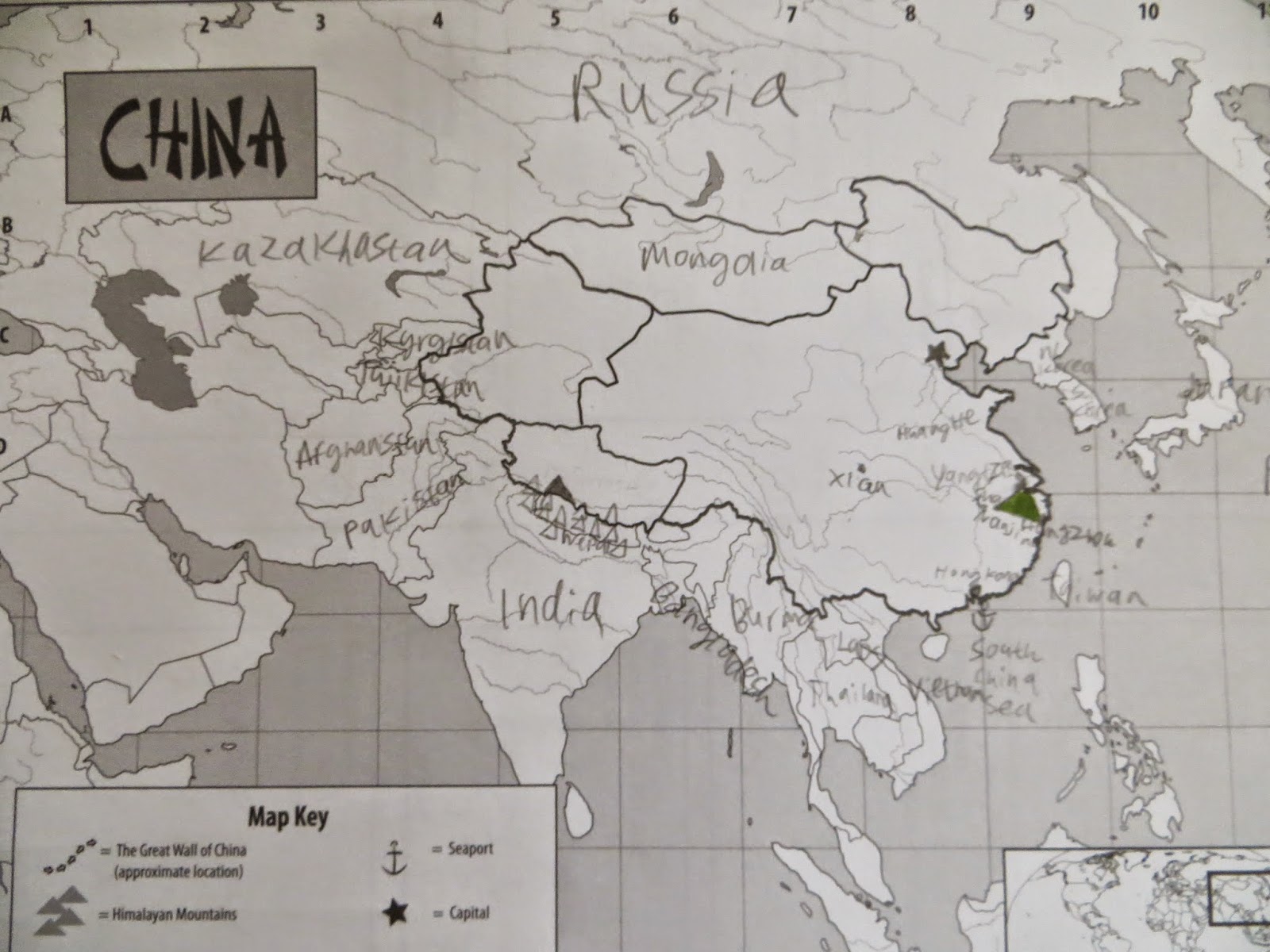 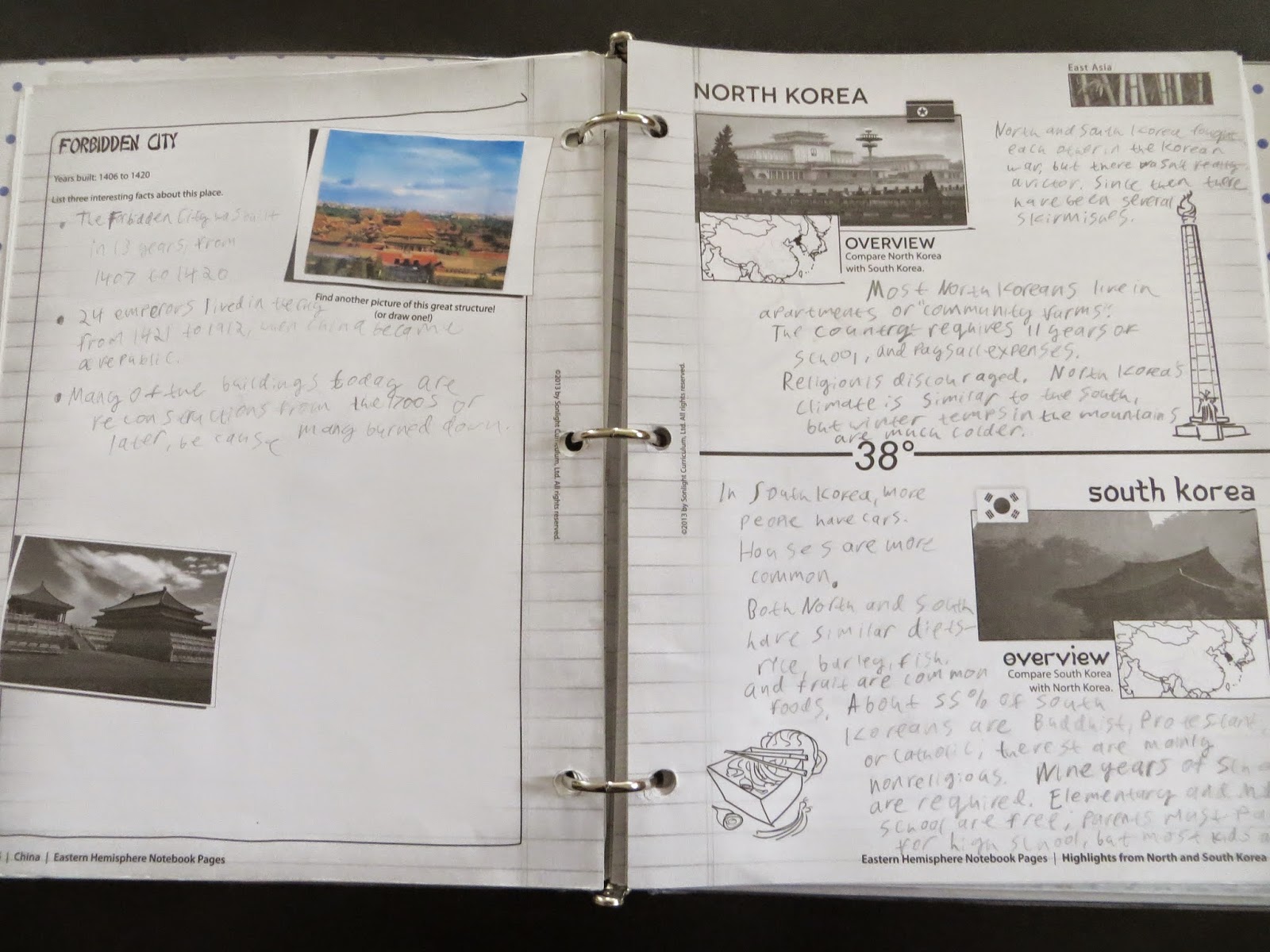 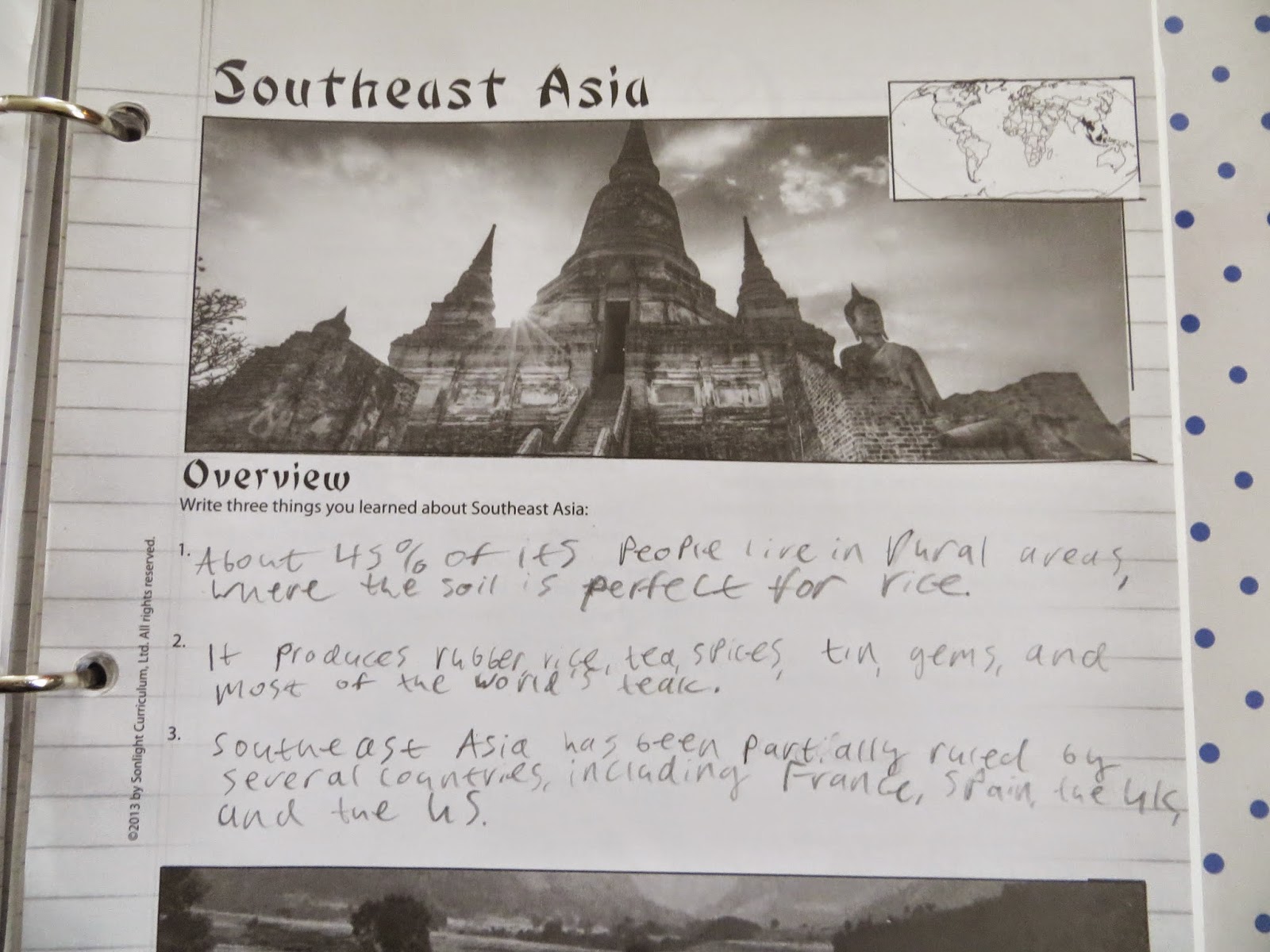 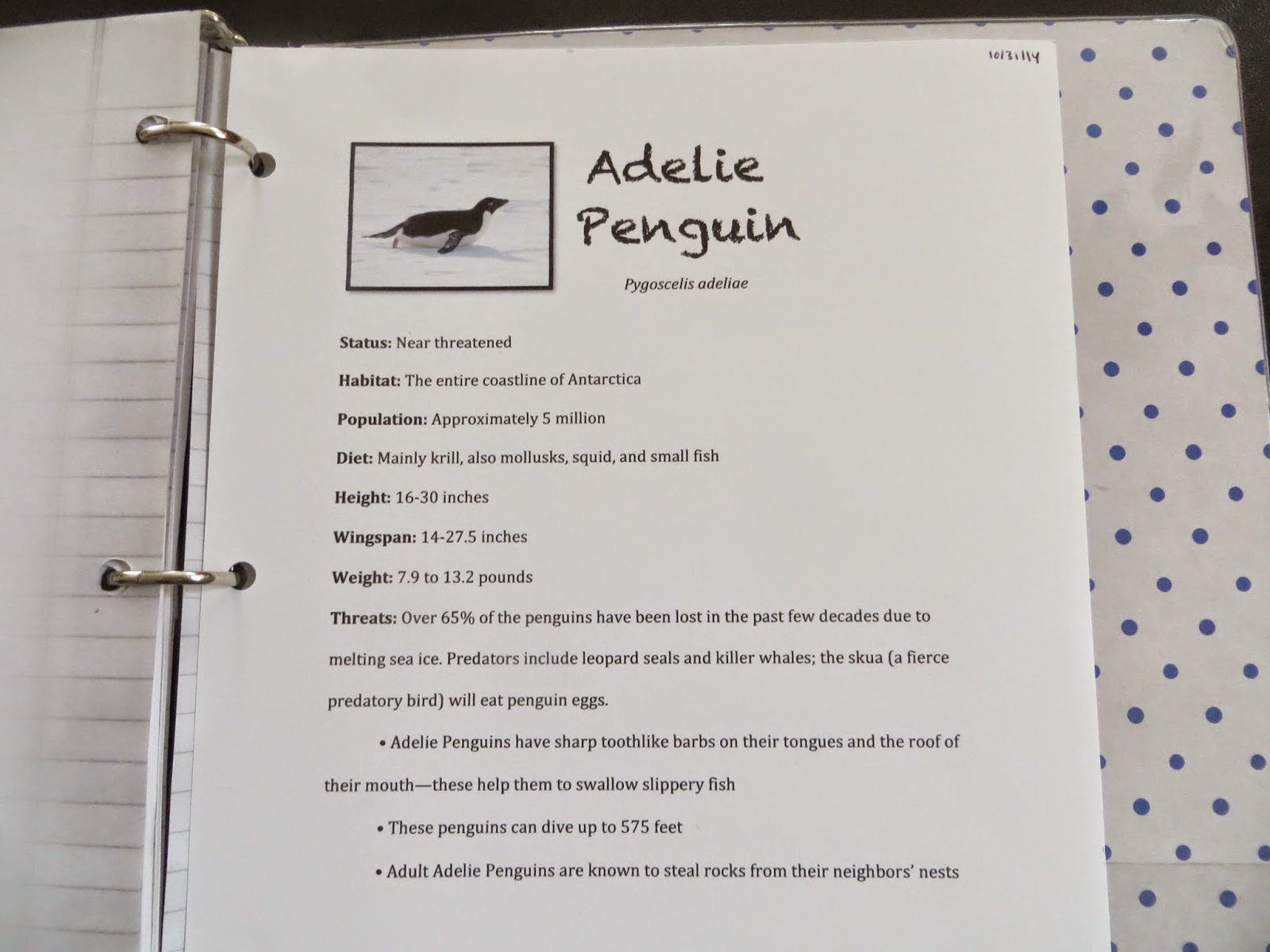 The Adelie penguin page above is part of the "Choose Your Own Adventure" part of this program. To wrap up the study of each area, several project ideas are suggested.  There is usually a recipe or two, a craft idea, writing ideas, or making a country or animal fact card - like this penguin one. Sometimes we also chose to end our study of a country by making an ethnic meal (or getting Thai food as takeout, which was very popular!).


This Core took us about a year to finish, Christopher took slightly longer with it. We bogged down a bit here and there on the weeks that were heavy with Eastern Hemisphere Pages, but I am very glad we stuck with it. Both kids are doing Bookshark World History 1 now and the readings are much more streamlined.  Core F had the kids reading small sections from books like 100 Gateway Cities, All the Small Poems, their reader, and the World Book articles. Bookshark has them reading The Story of the World, an occasional reading from The Kingfisher History Encyclopedia, and their reader each day. We read the poetry and the read-aloud together. So, fewer books overall, but the readings are a bit longer than Core F. We have a 4-day reading schedule now, instead of the 5-day option I always got with Sonlight.  I am finding it really helpful to have that extra time to catch up on things we missed earlier in the week, but the kids did miss those extra books at the end of the week at first.

I was curious to see what differences there were between Sonlight's Core F and the new Bookshark Eastern Hemisphere. When James gets to this Core I will most likely replace our Core F with the Bookshark version. I counted three differences in the read-alouds (no missionary stories and no Best-Loved Folktales, since that was in the five-day program). The readers are also mostly the same, except that Hudson Taylor and Star of Light were swapped out for two secular titles. The biggest difference is in the history section, where the more religious books, like 100 Gateway Cities and the missionary stories were swapped out for books about Nelson Mandela and Gandhi. I also see an extra book about Ibn Battuta and one about the Sahara. It looks like the EHS pages are still used in Bookshark.


Whew! This post took me the better part of a month to write for some reason. It was very much written in bits and pieces here and there, so I am pretty excited to actually be posting it! I would be happy to answer any questions about this Core in the comment box or through email.