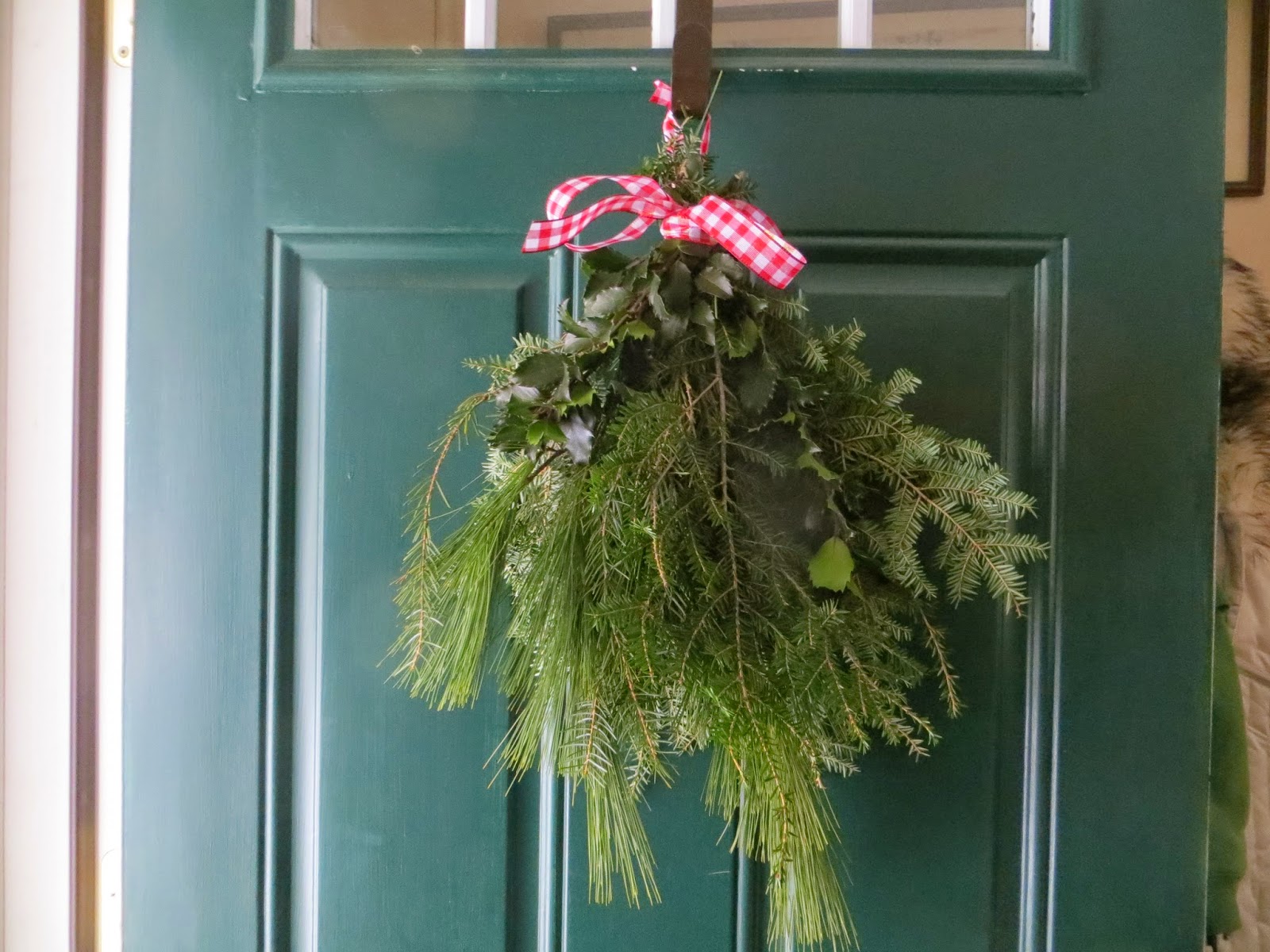 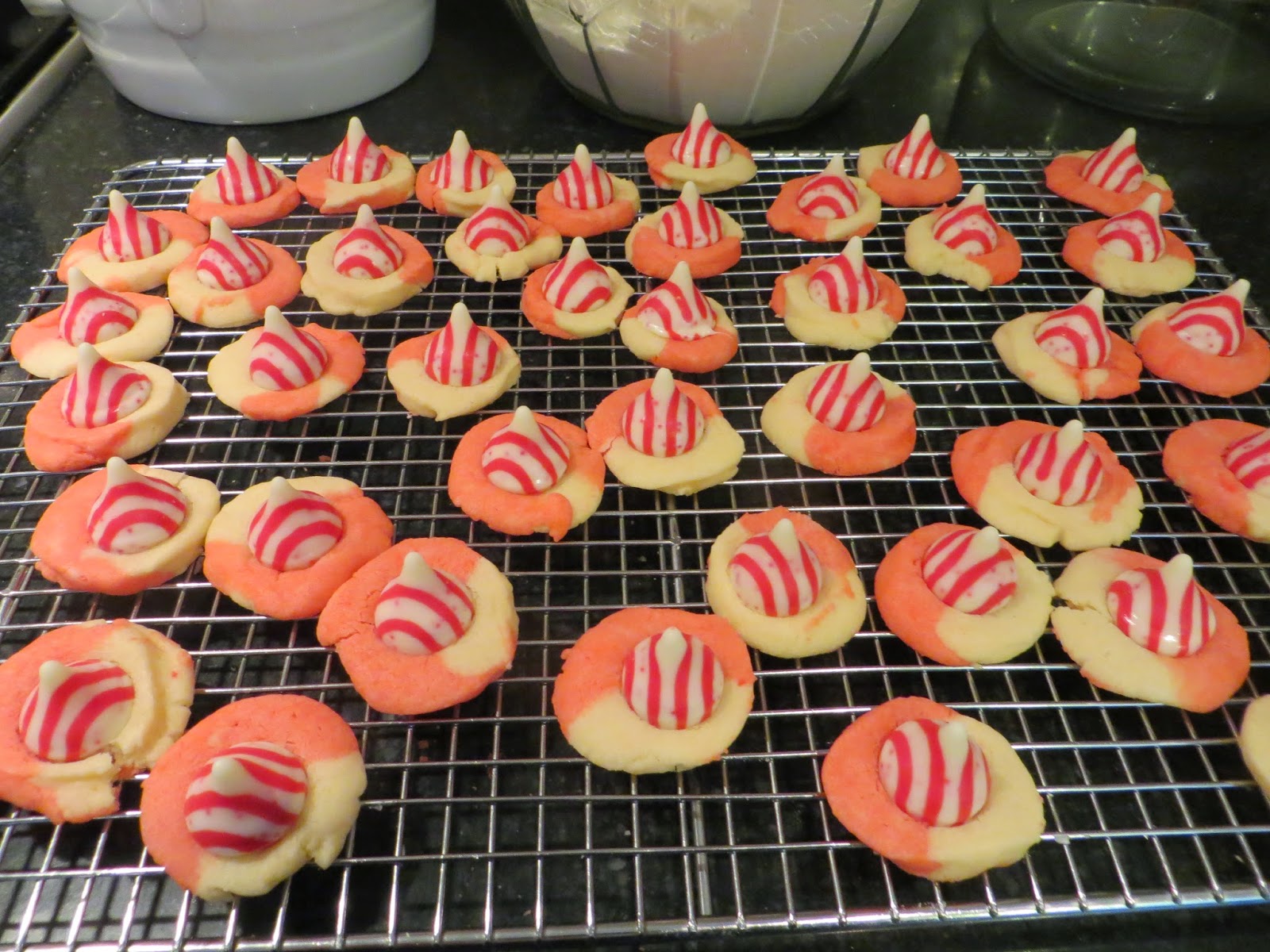 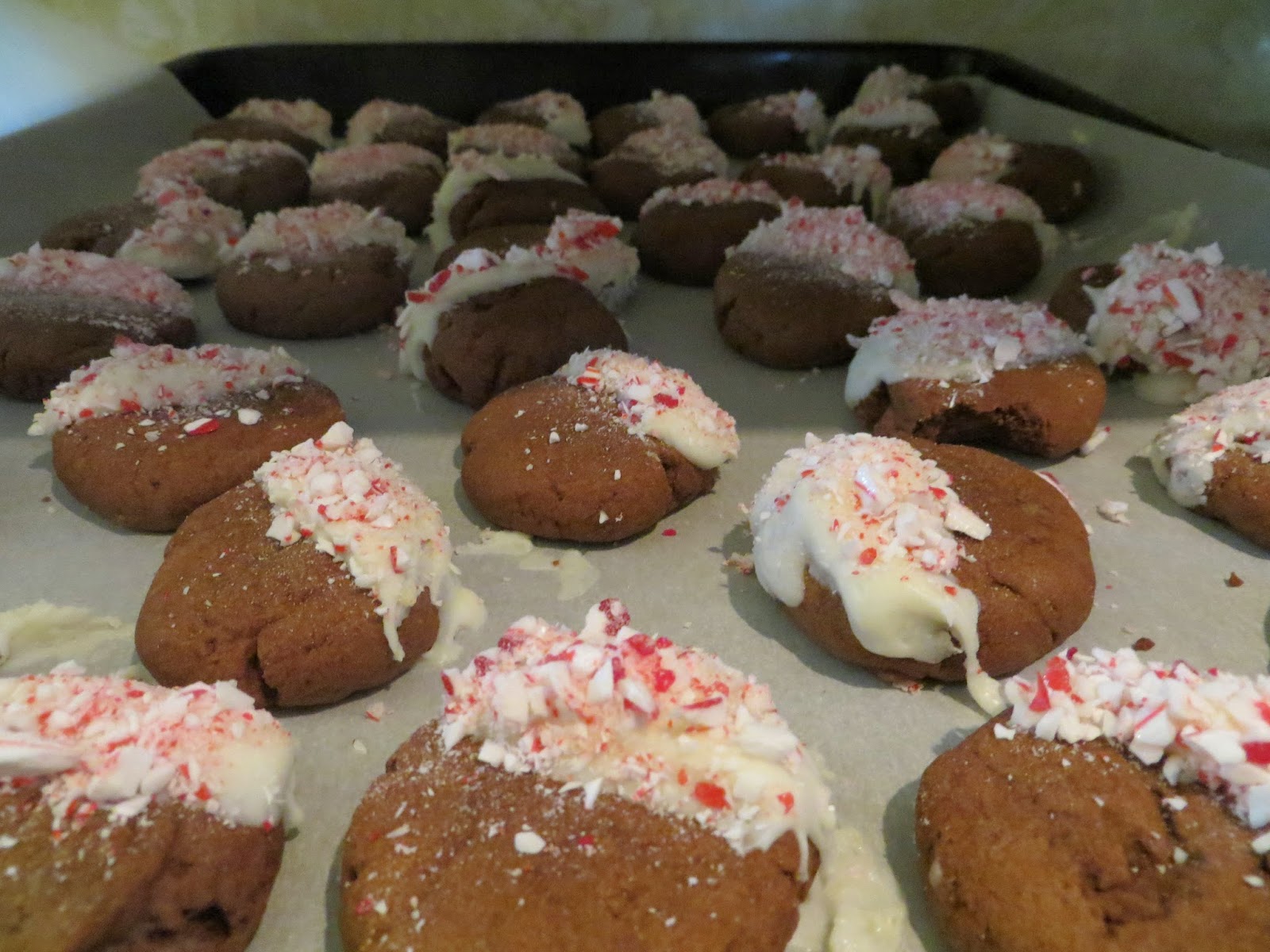 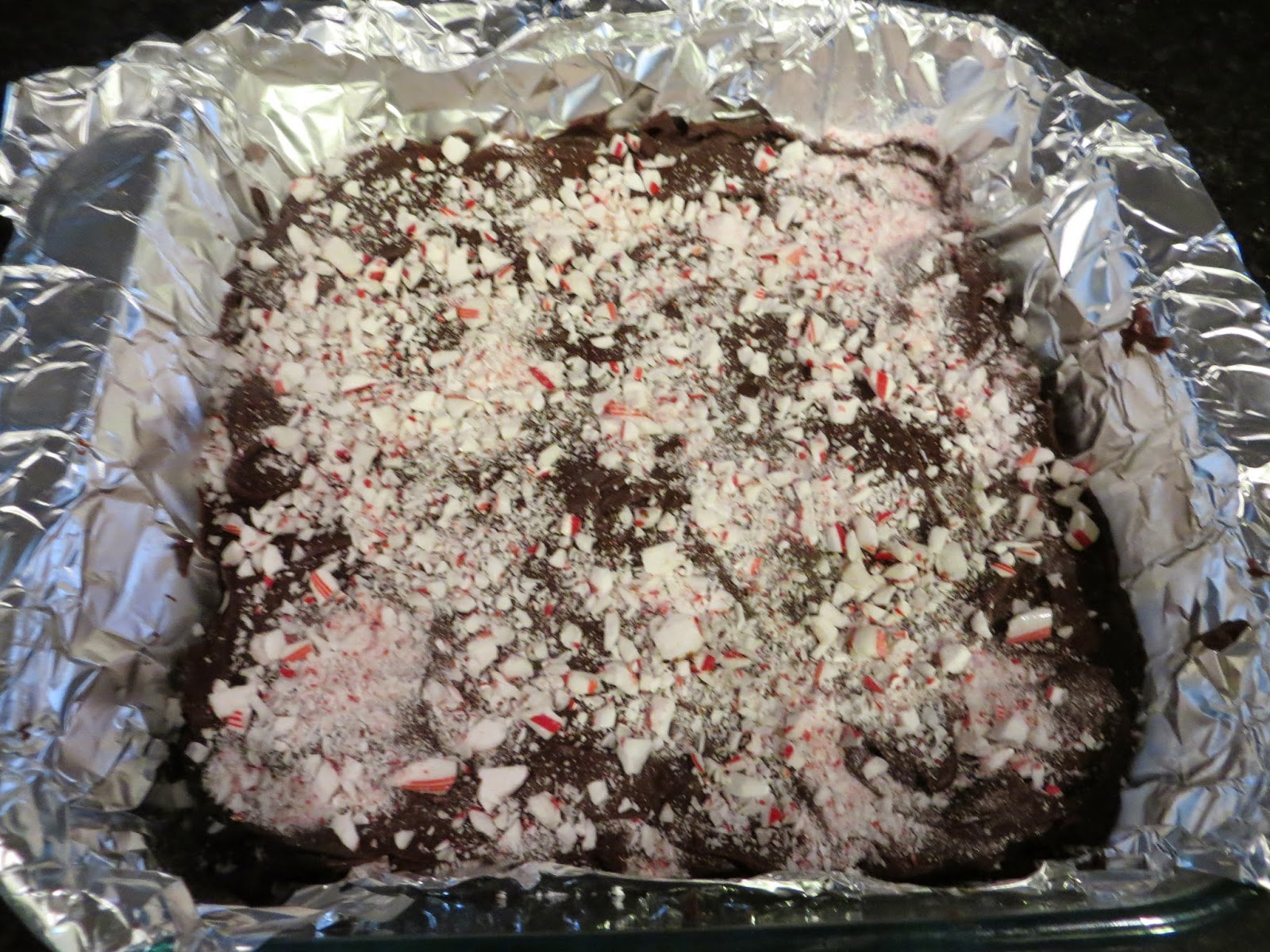 There was peppermint bark - not pictured because the picture came out blurry, but this recipe is so good, peppermint kiss cookies (Rose's request), chocolate candy cane cookies (pretty but they came out kind of salty-  might have been some overzealous measuring going on!), and peppermint fudge, which was super easy (we used the microwave instead of a double-boiler to melt the chocolate).

Now we have way too much dessert around here, which always seems to happen around this particular weekend in December, but it's nothing we can't handle I am sure. I think 'Peppermint Day' may have to be a regular event around here, though it was a lot of cooking for one day. Grace helped with pretty much everything, but the other three flickered in and out and were mostly just interested in the candy-cane crushing. You know, the glamorous stuff. They certainly enjoyed sampling everything later on, though! Kind of made me want to quote from The Little Red Hen....you know...who will help me make the cookies?

We all very much enjoyed our first week of Christmas break. There has been a lot of making, baking, and just general creating going on, which I love. Also Christmas movies, overdue kitchen cabinet cleaning, finishing the shopping, loads of reading, finishing a hat, catching up on laundry and email, sending out Christmas cards... it is truly amazing the amount of stuff that can get done in a day when I am not also trying to homeschool!

Now I am hoping for a few relaxing days spent mostly at home and hoping that Rose's little cold doesn't turn into anything more. The kids have started their wrapping, they love wrapping, which is good, because I am hoping they will do some of mine too! I want to take a couple of walks, watch The Polar Express, find a decent homemade cocoa recipe (we tried this one, but didn't like it at all), and celebrate the Solstice. We have never really done anything on the Solstice before, except point out the day, but this year we plan to do a backyard bonfire with s'mores and later drive around to look at Christmas lights.We might make some treats for the birds, too.

Wishing you a weekend full of all things peaceful and joyful.
Posted by Kim at Friday, December 19, 2014