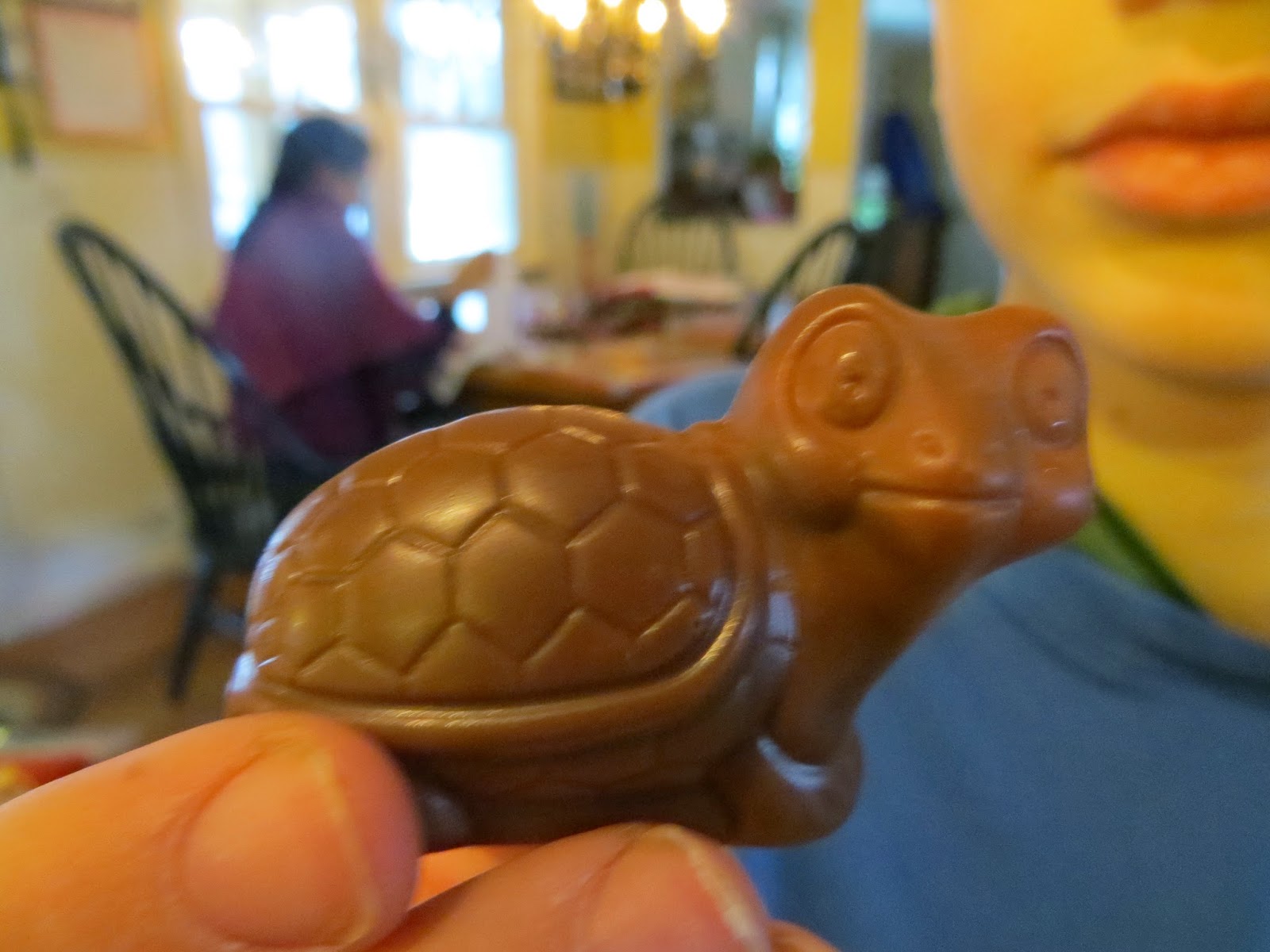 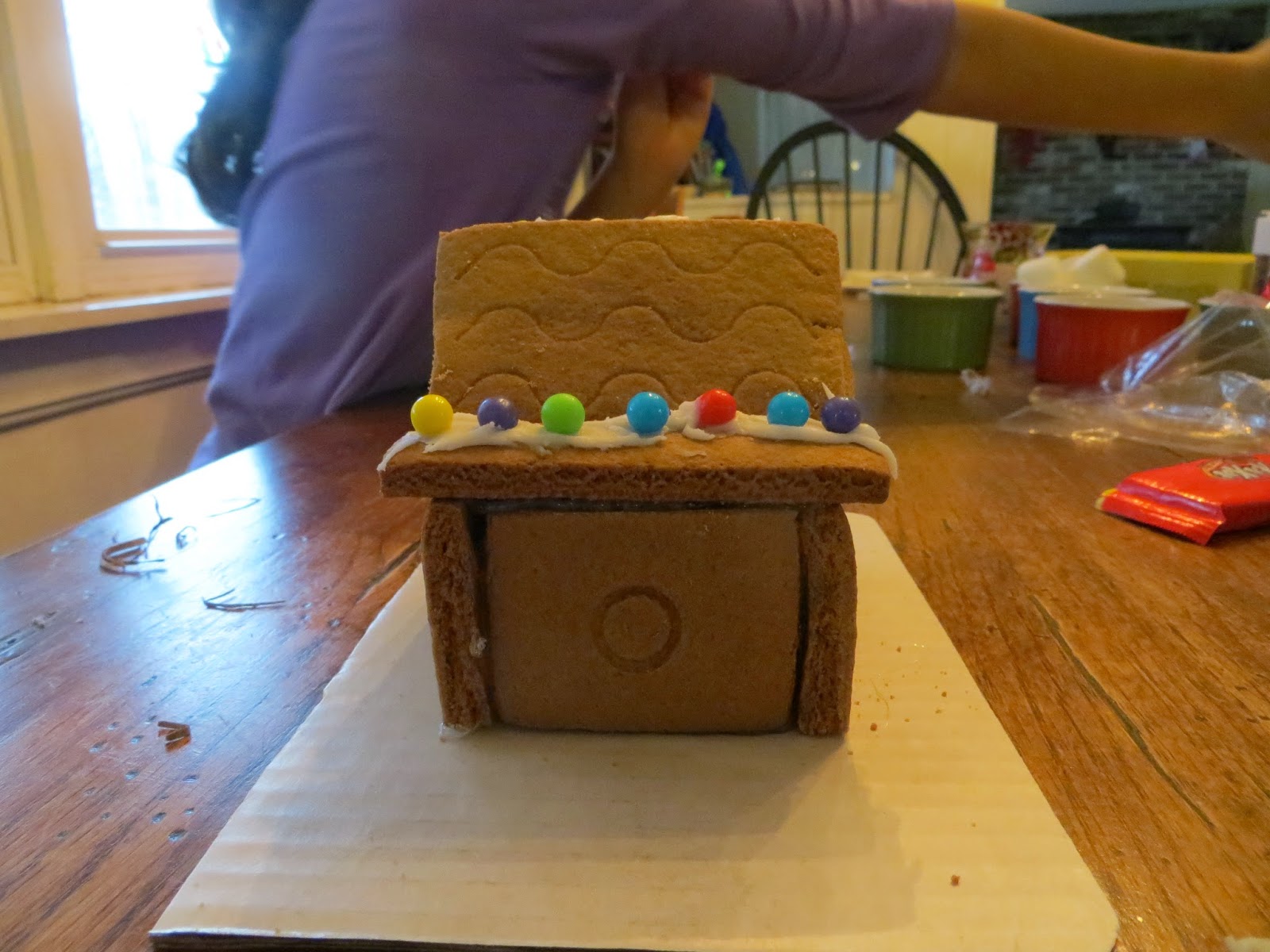 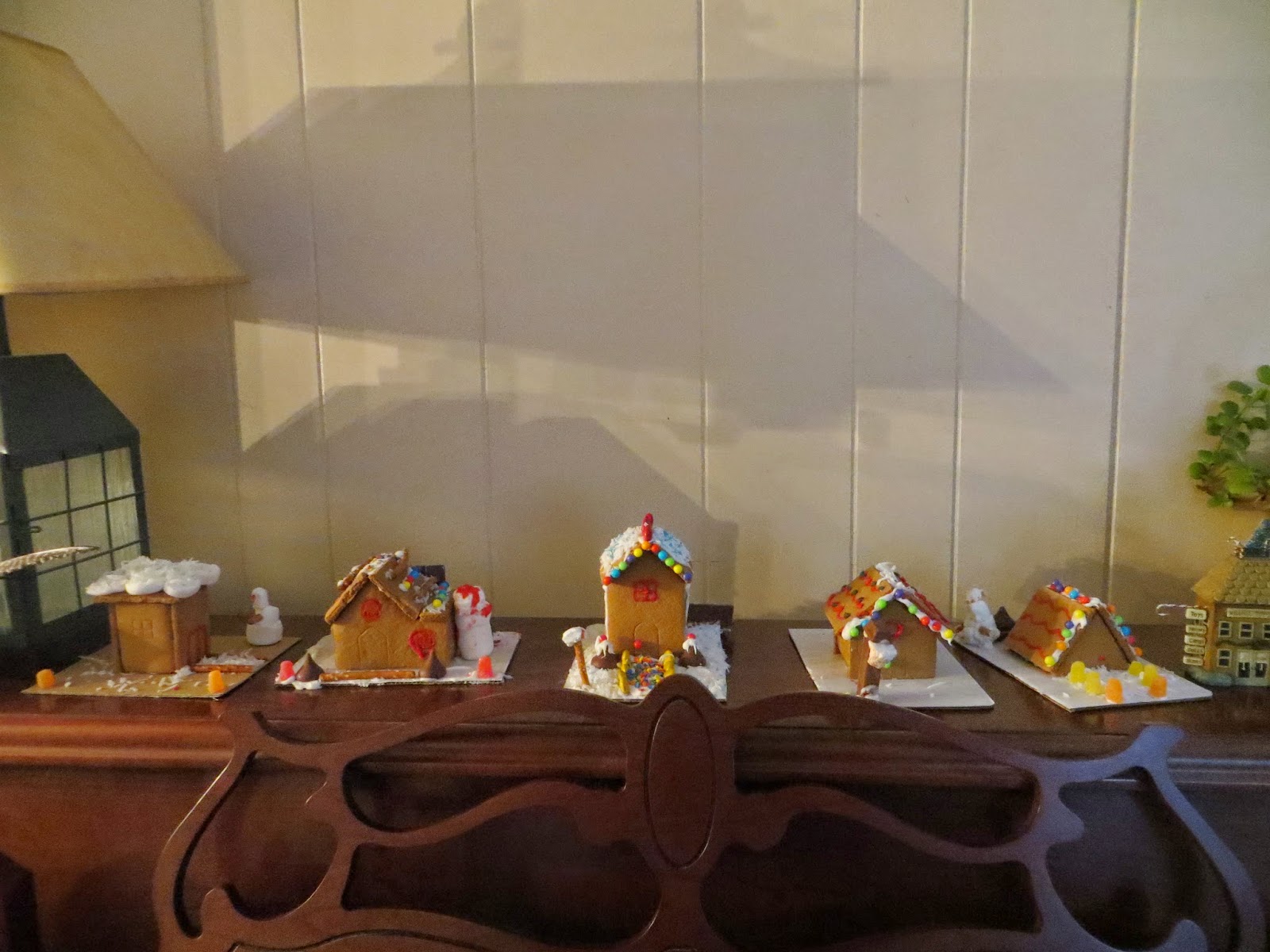 I was really itching to be on Christmas break this week. Like, really, really itching. We haven't even been doing full days of homeschool, or anything close to it. We have been starting most days with our Christmas activity, then working on Christmas lapbooks, per request. Still, I was very much ready to be done with formal schoolwork for a few weeks. Today, we wrapped up a few things, then called it good till after New Year's and made marshmallow pops and went grocery shopping for the weekend.  It's nice to have a stocked refrigerator going into the weekend, I wish we had time to do that every Friday.

Some things we have been working on lately - besides making gingerbread houses and opening those advent calendars. I think the chocolate turtle is my favorite so far!

*** Rose is on week 18 of Bookshark World Cultures. She and I just finished Out of Darkness, a book about Louis Braille.  She liked it, but a lot of it was too complex for her. This is one book that I think would be better off in the next level. We also finished No Children, No Pets and she told me she wants to re-read it as a bedtime story.  We are up to about week 7 of Writing with Ease Level 1 and she is doing well with it. She initially balked at the copywork, but now she does it with minimal complaint. She does prefer the narration days, though! After the break I am going to start her on some light spelling. We are plugging away with our First Language Lessons and Math Mammoth. FLL is so quick to do each day, I love it. Math Mammoth takes more time, but I am happy with our progress. Today we did lesson 76 in The Ordinary Parent's Guide to Teaching Reading. We learned about 'to', 'too', and 'two', She got a little kick out of that. I have been greatly encouraged with her reading progress lately. Definitely proof that if you stick with it, take it slow, and do it regularly, the results will come! Today she spent a long time reading Fun Tales books to herself and insisted on reading one to all of us at the dinner table! I would not have thought that possible even a month ago. What else? We dropped Song School Latin for the holidays. She likes it, but it was always getting bumped from the routine. We are still reading through The Complete Book of Animals and that has been a big hit with her.

*** James is on about week 12 of Bookshark American History 1. He and I just finished The Witch of Blackbird Pond. He enjoyed it for the most part, but it was a bit too romantic for him towards the end. He didn't much appreciate that! Next up, we will be reading The Secret of the Sealed Room. I think that will be more to his liking. He is doing well with both Writing with Ease 3 and First Language Lessons Level 4 and plugging along in his Spelling Workout book. He did struggle with the dictations in WWE at first, but it is getting easier for him each week. Again, it comes down to sticking with it...wish I had known that when we first started homeschooling. It would have saved me a lot of curriculum jumping! We have yet to pick up Latin again, and I don't think we will until next year. He is enjoying his science reading (Sonlight Science D), but I know he would like to be doing experiments and so far this level is light on that. The TOPS books should be scheduled soon though, and I think he will enjoy those. We are mostly where we should be in Math Mammoth 4, but getting him to do it can be a bit of a struggle. He doesn't enjoy math, unfortunately. I think as soon as he can test into Teaching Textbooks 5 that is where I will put him, since we own that level and it will probably be easier on both of us. We finished Life of Fred Honey and will begin Ice Cream after the break. His current reader is Mr. Revere and I, which he always picks first to do from his list, so I think he must enjoy it!

*** Christopher just finished the first week of Bookshark World History 1. I have been reading The Golden Goblet with him and Grace for a few weeks now. The readings from this book are long! I think I am enjoying it more than them; they don't think it is exciting enough. Christopher is doing well with Teaching Textbooks 6 and is plugging away with his spelling and Latin. He is just beginning chapter 15 of Latin for Children A. He has done well with this program and enjoys playing around on the Headventure Land website. Incidentally, Classical Academic Press has started charging for full use of that site, but my kids mostly just use it for the free "Flash Dash" game, so I have not purchased a subscription yet. Christopher is beginning a study of the human body with Bookshark Science 5, using Usborne books and Blood and Guts. His current reader is Mara, Daughter of the Nile.  He is doing pretty well with Writing with Skill 1, but I have decided that I need to oversee his lessons more. Up till now I have been assigning WWS as independent work, but he doesn't always do a great job of reading the instructions, which means a lot of frustration when things need re-doing.  Analytical Grammar has not been popular with him, but we are beginning Unit 9 - which means only one more unit to go before he just does occasional reinforcement worksheets for the rest of the year. That, I think he will like.

*** Grace is on week 5 of Bookshark World History 1. She slowed down a bit on it while she participated in NaNoWriMo, but I think after the holidays she may go through it more quickly than scheduled. The reading is a bit light for her, so I think going at a quicker pace will be a good solution. Her current reader is To Ride the God's Own Stallion, which she says is far more exciting than Mara was. She is doing really well with Life of Fred Algebra, which is her only math program.  I have Dad sit down with her and discuss it every few weeks just to make sure she gets it all (because I surely don't!).  She is really enjoying her language studies - she does Rosetta Stone twice a week, Latin for Children B three times a week, and she just began Galore Park's An Introduction to Classic Greek.  Her biology study has been a bit tough the past few weeks, lots of DNA/RNA stuff that isn't always the easiest to understand! But we have been plugging away at it and trying to discuss as best we can. I just keep reminding myself that exposure is really the goal: I can't expect a 13-year-old to master biology, after all! She is about halfway through Writing with Skill 1.  I don't schedule this out for her like I do for Christopher. She finds it easy, so she often does two or even three days at once. She also dabbles in The Creative Writer most weeks. Lately she has been writing the story of Magellan from several points of view. She just finished Unit 10 of Analytical Grammar, so I am going to let her do several weeks of just the AG Review and Reinforcement book.

Okay, I'm off to have a marshmallow pop or two and watch A Charlie Brown Christmas. I cannot believe it, but Grace is turning 14 this weekend! Am I really so old?? We have some wrapping and decorating and lots of celebrating to do. Enjoy your weekend!
Posted by Kim at Friday, December 12, 2014