Veteran's Day was such a beautiful day. A little bit sunny, a little bit cloudy, just cool enough for a light sweatshirt, but definitely warm for early November in these parts. I was outside for most of it, which was a nice change. I cleaned the chicken coops, which I had been putting off, and straightened up the garden a bit. We planted two big beds of garlic, some from bulbs I grew, others from bulbs I bought. It seemed like a ton of garlic at the time, but I know how fast garlic goes around here. I think we will be lucky if we make it to the new year with the garlic we harvested this fall. Now, for the spring, we planted twice as much as that, so we'll see how much longer it will last.  We planted Music, Georgian Fire, German Extra Hardy, and German Red. Now I just need to remember to mulch them once the ground freezes. 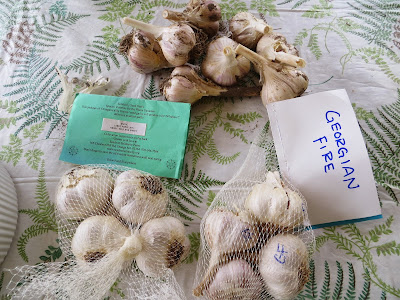 In the afternoon we had a campfire in the backyard. In summertime this is an evening event, but it was kind of nice having a daytime fire. Much easier to find sticks for marshmallows. The kids are pretty interested in learning to start and maintain a fire, so they mostly got this going themselves, though Dad gave lots of advice. It's harder than it looks to get and keep a fire going! 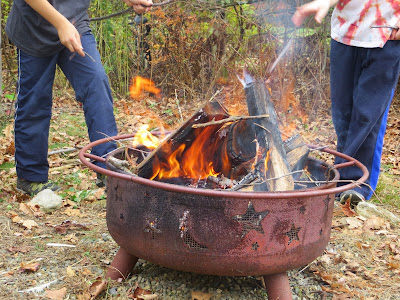 I will miss s'mores over the winter. Not exactly the healthiest snack option ever, but there is just something about them. I can't eat more than two, but I really love those two. 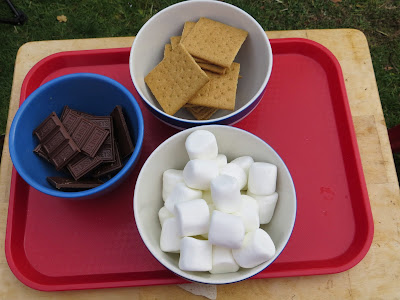 I was thinking all along this might be our last backyard fire of the season, but lately I have been thinking about making Solstice more of a holiday around here, and a fire might be nice that day too. Anyway, right after the fire we had to get back to real life, there was gymnastics class to attend, a house to pick up, dinner to  make, a whiny child looking to pick a fight....you know, the usual:).  It was a really nice day though, all in all. Now cold weather is heading our way, along with a good chance of some snow!
Posted by Kim at Wednesday, November 12, 2014