Memory work is something we started at the very beginning of our homeschool journey....because it is in The Well-Trained Mind.  And that first year, we pretty much followed TWTM totally. Or tried to, anyway. Then after awhile, we kind of slipped away from doing memory work because we weren't really following TWTM anymore, except for maybe memorizing a poem once in while.

This year, after I decided to drop Sonlight language arts and go back to following the LA suggestions in TWTM, I figured we would add memory work back in too. I kind of figured this would cause a lot of moaning and groaning, but surprisingly it has not! The kids are actually enjoying their memory work, for the most part. I have a framework for each child to follow, but they mostly choose their own things to memorize.

We only do the poem memorization assignments from First Language Lessons. They are perfect for her. So far she can recite the poems "The Caterpillar" by Christina Rossetti and "Work" by an anonymous poet, and she is very proud. We work on our memorization when prompted to by FLL, otherwise we don't do it. 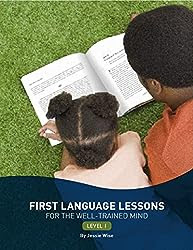 I let James choose his own poem from Favorite Poems Old and New.  I can't remember if I have ever talked about that book here, but I really love it. We have used it every year since we got it, back when Grace was in kindergarten.  James started out memorizing very short poems, but lately I have been encouraging him to choose longer ones. He reads his chosen poem three times a day, four days per week. When he thinks he has it, he recites it to me. Then he chooses a new poem to work on. 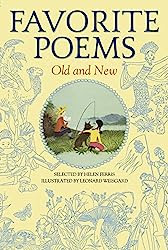 James is also doing history memory work this year. Right now he is memorizing the Preamble to the Constitution and later in the year I hope to have him do parts of the Declaration of Independence and the Gettysburg Address. I just print out a copy of whatever selection he is working on and he keeps it in his memory work folder. He has memory work on his weekly checklist four days each week and he knows that means to get out his folder, read the Preamble three times, and read his chosen poem three times. 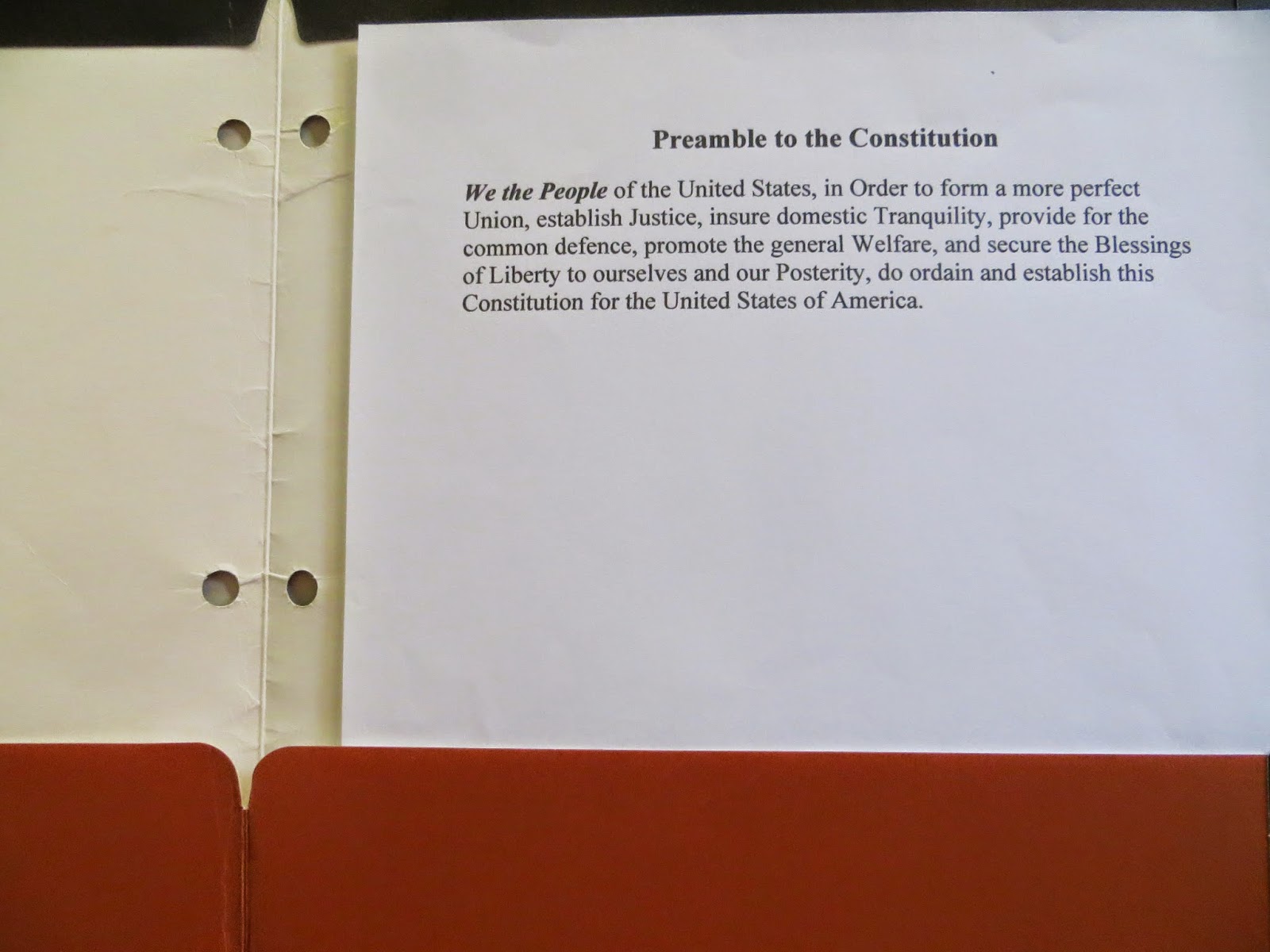 Christopher and Grace do memory work much the same way that James does. They choose a poem and read it three times a day until they have it memorized.

Instead of history memory work, though, they are both doing biology memory work this year.  There are a bunch of ideas listed in TWTM for doing this. I just showed them that list and had them pick. They both decided to memorize the major bones of the body first. 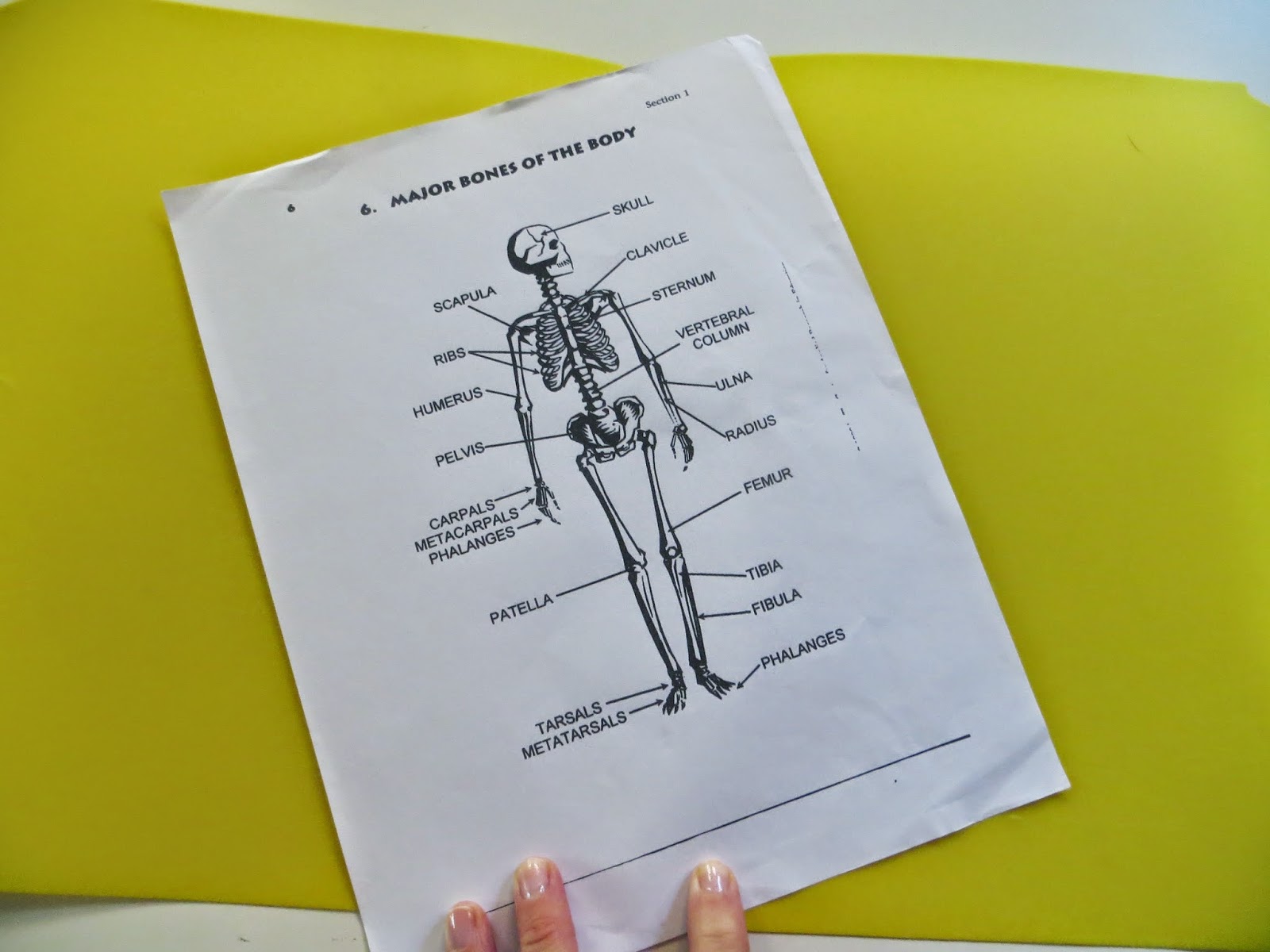 I printed out a chart for them (Google is great for this) and they spent just a few minutes each day studying it. When each of them thought they had it, I had them use their little sister as a model while reciting the names of the bones. All involved got a kick out of that. Next, they are going to work on the parts of a cell. The bones chart we used is here, if you are interested.

As we get further into our year I am planning to have the kids type their poems up as they finish with them. They can keep that copy in their memory work folder to review during the year.

And that is how we are doing memory work this year!
Posted by Kim at Saturday, October 18, 2014