This year, like last year, I have been making each child a weekly list of things to accomplish for homeschool. I list their readings, science experiments, math lesson numbers, and anything else they can do on their own.  This worked beautfully last year, though it took a lot of work in the beginning to get them used to the idea that if I am busy with someone else they should refer to their list, instead of standing around and staring at me! This year, I also added a second column, a "things to do with Mom" column.  I tend to rotate through the kids, spending an hour or so working one-on-one with each child per day.  Having my list helps me keep on track, plus I don't have to spend time figuring out what I need to do. Also, I get a little charge from checking things off! 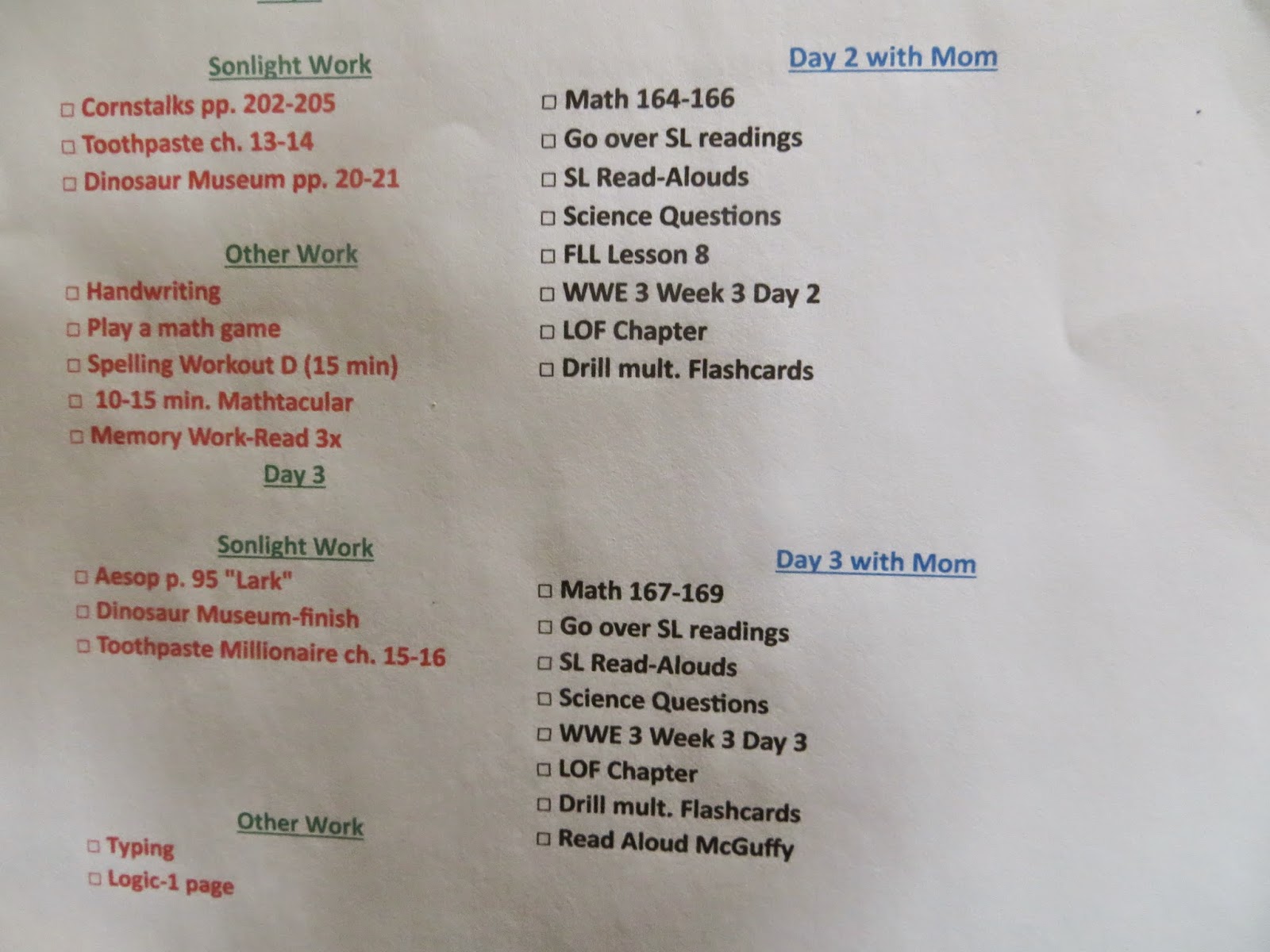 One problem I had last year was that some of my children were constantly losing their weekly lists...funny how that happens! Said child(ren) would claim that they had just set the list down on the counter a moment ago and but that it had apparently disappeared into thin air. So naturally, they had no clue what they were supposed to be doing and instead could stand around staring at me.

I would find those lists later... fallen behind the couch cushions, trapped behind the desk, or in the recycling bin (!), or sometimes I just wouldn't find them at all (mysterious, that...). Anyway, this year I had a light bulb moment and decided to attach the weekly lists to clipboards. 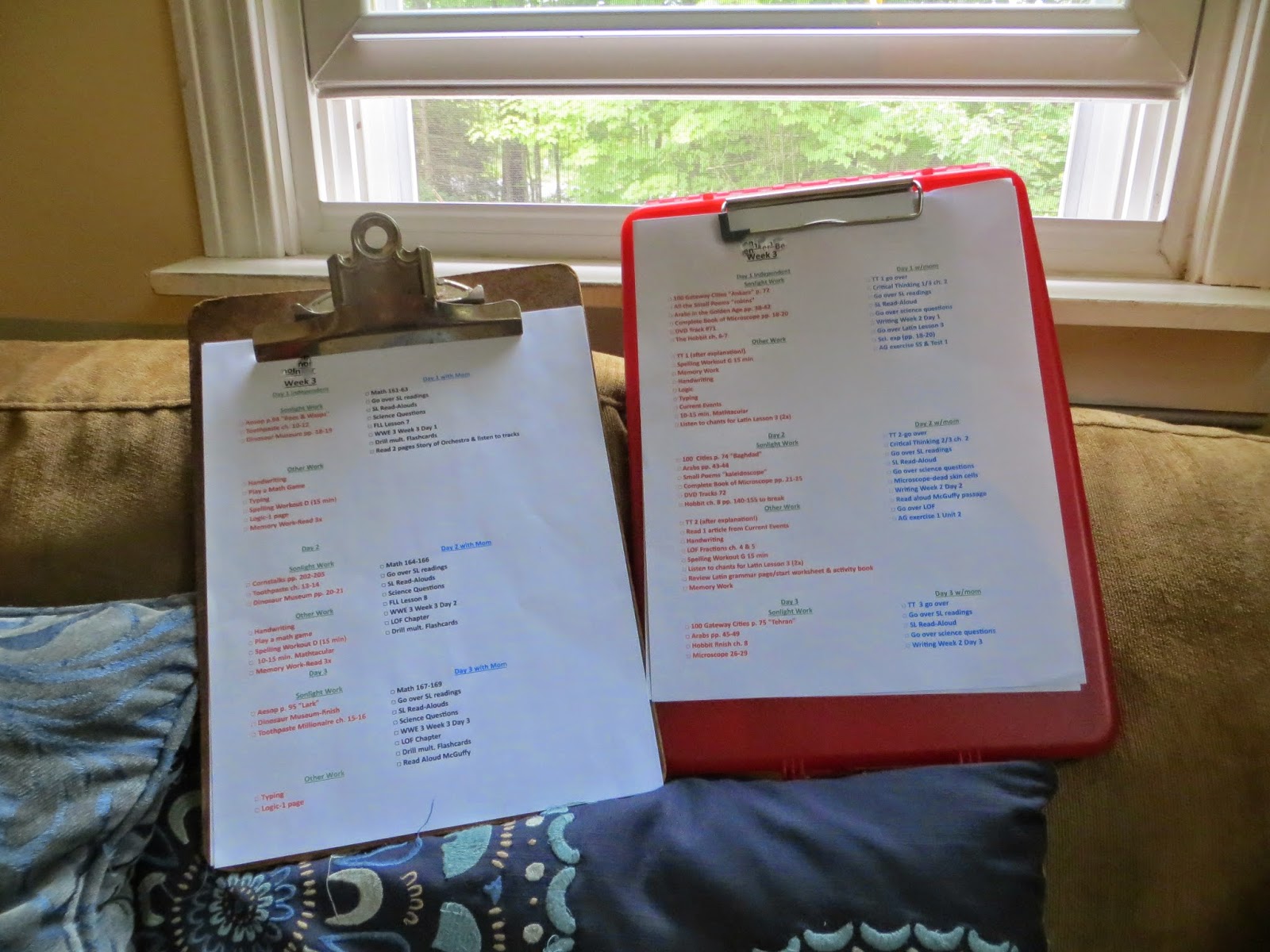 This is working out great! The kids can bring their list to wherever they want to work and I can clip other things (math sheets, lab forms, writing pages) behind the list. When it is their turn to work with me they bring along their clipboard and I can see at a glance what needs to be done.  Best of all, we are three weeks in and I have not had one single complaint about a lost checklist!

Email ThisBlogThis!Share to TwitterShare to FacebookShare to Pinterest
Labels: organizing