Our homeschool calendar for the year

Last year, we tried out year-round homeschooling and really, it worked quite well. The calendar I made then (see the link) lasted through June and we stuck to it fairly closely. But when we got around to this past July and August I really needed more than just a couple of weeks off. We had a week away and another week off at home with Dad and summer camps, plus I had a lot of planning I wanted to do...so we only worked through July 4th and started up again last week, taking about 6 weeks off for summer. That was more than I had planned to take off and it didn't exactly set us up to be able to cover everything I want to this year and still take a week off every month, but I think I'm okay with that. We needed a long break.

So this year, 2014-2015, I modified last year's calendar a bit, mainly to include a bigger summer break.  We will be doing lessons throughout most of June and then breaking until the middle of August.

I found this calendar on the Donna Young site, it is the "ruled printable school calendar". I used color coding to show weeks we will homeschool and weeks we will have off - school weeks are in red and breaks are in blue. Obviously, it will need to be adjusted as the year goes on, because nothing much goes as planned does it? But I find having that initial plan very helpful to keep us on track and to keep me motivated.  I also broke down most of our subjects into a 36 week plan so that we have a master list to follow each week. I am hoping this will help keep us on track to actual finish those math books in a year. We'll see.  I'll do a separate post on that planning. 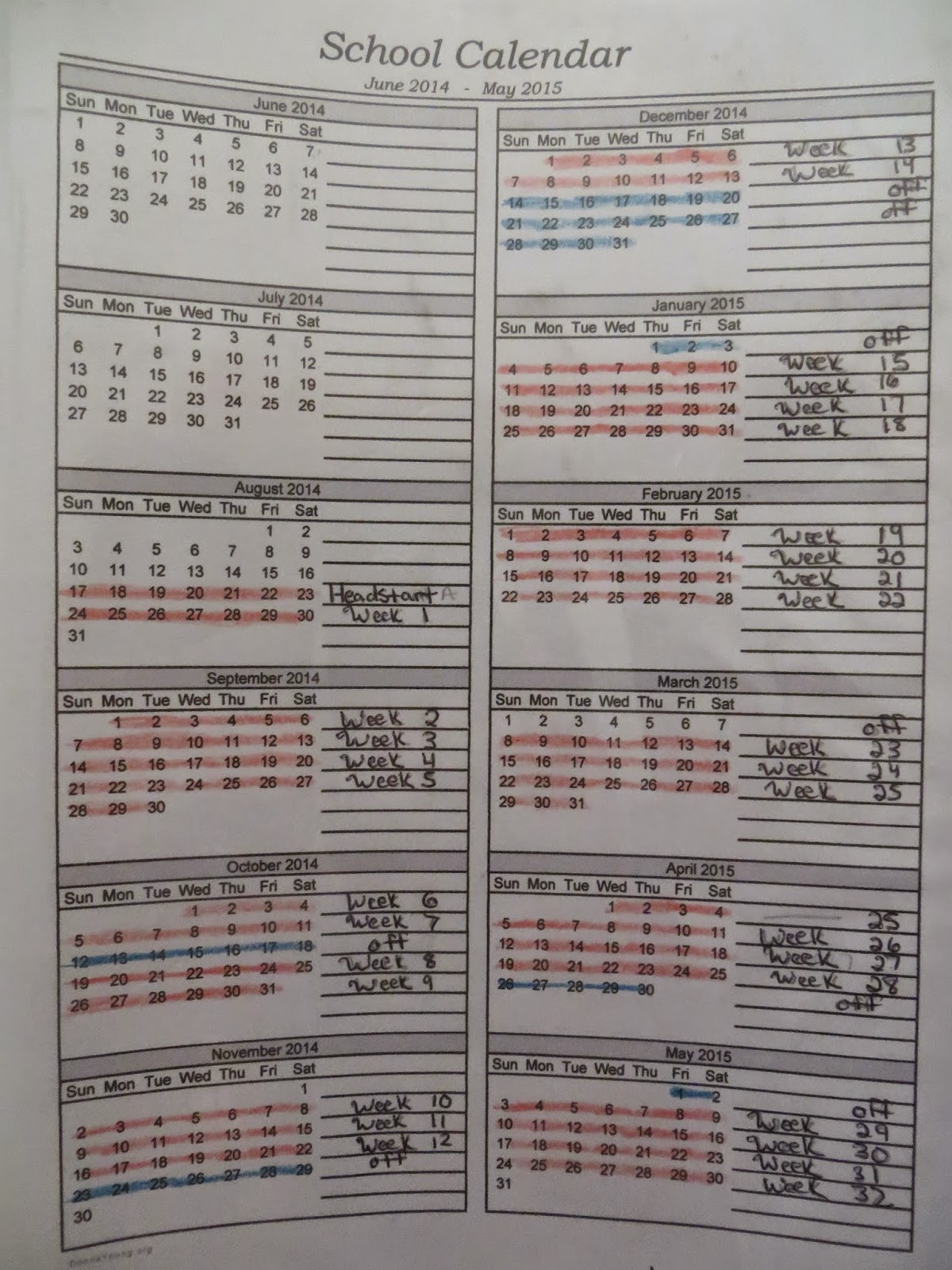 Again, I fully expect this calendar to get messed up, I just find it helpful to have a plan and to know when a break is coming up. It really helps me stick to it if we are having a rough week and I can look ahead and see that we are just two weeks away from a week off.
Posted by Kim at Wednesday, August 27, 2014

Email ThisBlogThis!Share to TwitterShare to FacebookShare to Pinterest
Labels: our routine