I spent a ton of time this spring researching different curriculum options for all four kids. It takes just about forever to plan a year's education for multiple kids! I knew for sure we would do the next Sonlight (or Bookshark) core, so that part was easy, but then there was math to figure out, and writing, music, art, grammar, spelling, handwriting, phonics, vocabulary, Latin, Spanish, science, and logic... and then Grace said she wanted to learn Greek.....it's a lot to figure out!  I enjoy researching curriculum, but at a certain point it starts to feel overwhelming to me and I start changing my mind too many times and want to just throw my hands up in the air and unschool everyone!

At one point, I got out my copy of The Well-Trained Mind to look up Greek recommendations and naturally I ended up reading through it again. And you know what? I really, really liked what I read! We have kind of strayed from "classical education" in our homeschool, though it was a mainstay in our early days. We don't do history or science in four year cycles. We don't do much copywork or dictation or use an incremental writing program. James has never done grammar and he will be in fourth grade (gasp!).

Pretty much the only thing we held over from our WTM days was Latin, which both older kids still enjoy. But reading through that book for the fourth time? It actually sounded do-able to me for the first time! So I am switching gears a bit and combining WTM and Sonlight (or Bookshark), taking what I think will work the best for us from each. 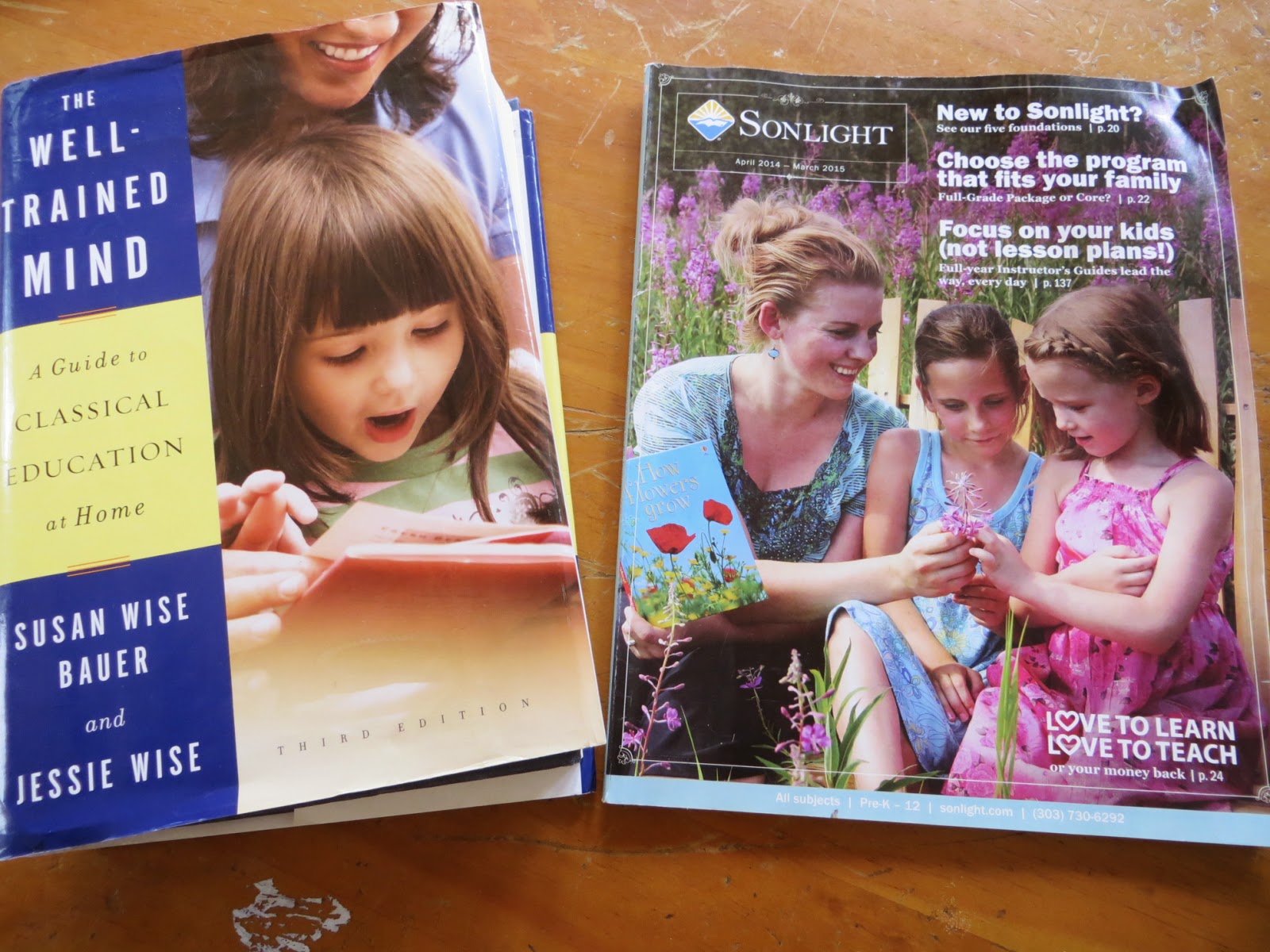 What I want to keep from Sonlight/Bookshark

What I want to start doing WTM-style instead

Just writing all that out helped to clarify a couple of things for me. It's been a stressful and super busy week, but I find the planning process fun and relaxing, as long as I have a general idea of the direction we are headed!  Now I just need to figure out science, art and music and then the plans will be set!
Posted by Kim at Friday, July 11, 2014