We had a reminder last week that experiments do not always go according to plan. I think the reason I used to dread science experiments so much (and still do, sometimes) is because I want them to work out too much. It's disappointing to everyone to spend a lot of time preparing for something, only to have it be a total flop! Luckily, we have recently had a good string of science experiments that have actually worked. Our TOPS units in particular usually have excellent results.

Last week, for a change of pace,  we decided to use a volcano kit we have had sitting around for years. The kids were very excited and spent a long time deciding which Lego characters would be caught scaling the volcano at the time of the eruption. Alas, the kit was a total flop and we could not get it to work no matter what we did! Frodo and Gollum spent a long time staring futilely down into the mouth of the volcano.....only to be met with a very weak burble. 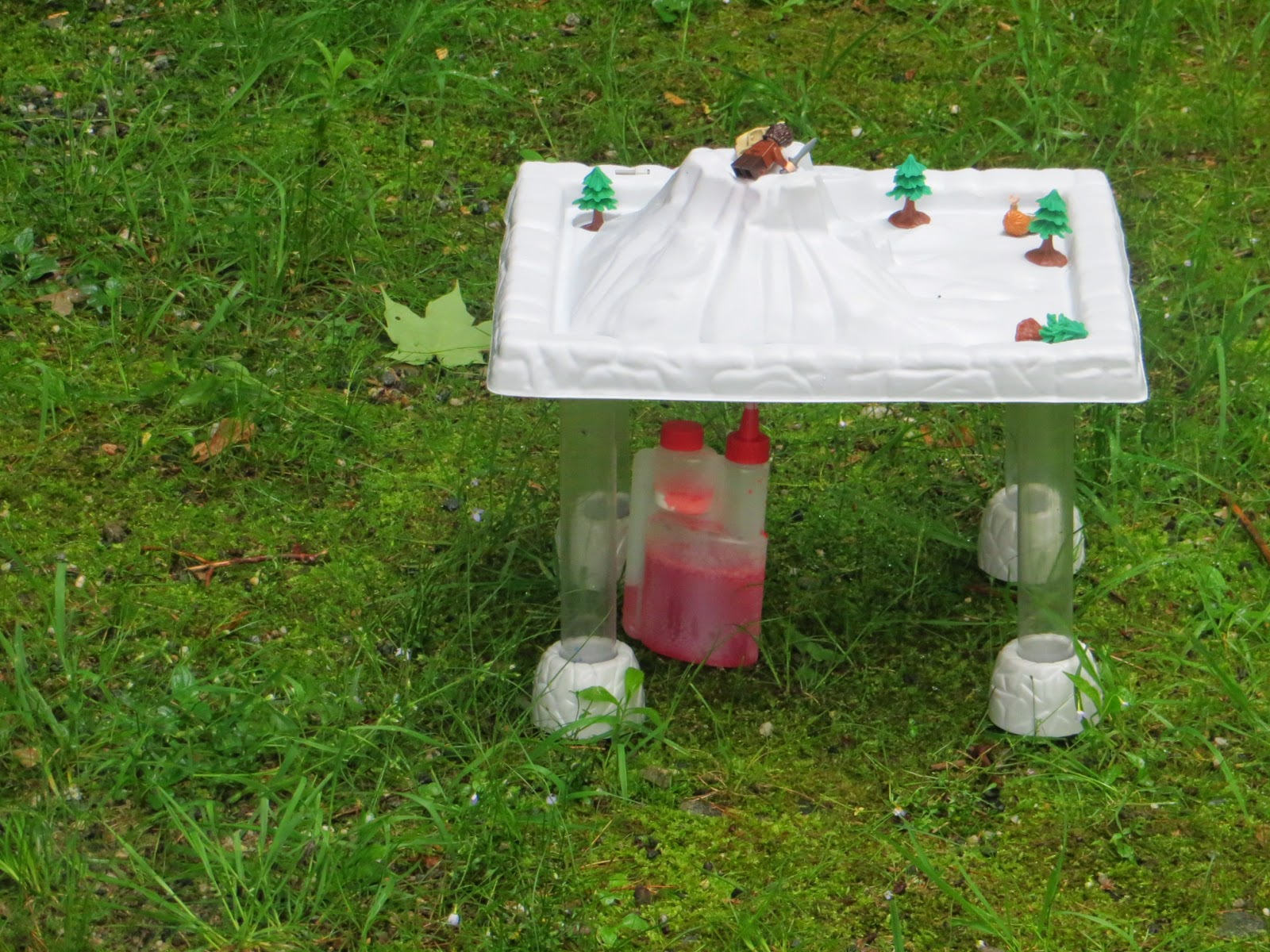 This kit is made by Discovery Kids and it is no longer available, not surprisingly! It was pretty impressive at first glance. It came with paint, a nice handbook, and a volcano poster. Luckily, we did not waste any time painting this defunct volcano-nor did we spend money on it (it was a gift).

Anyway, we got out our trusty plaster of Paris volcano, which we made years ago with instructions in  The Story of the World Ancient Times Activity Book. This volcano is still going strong, despite having been used several times since then. 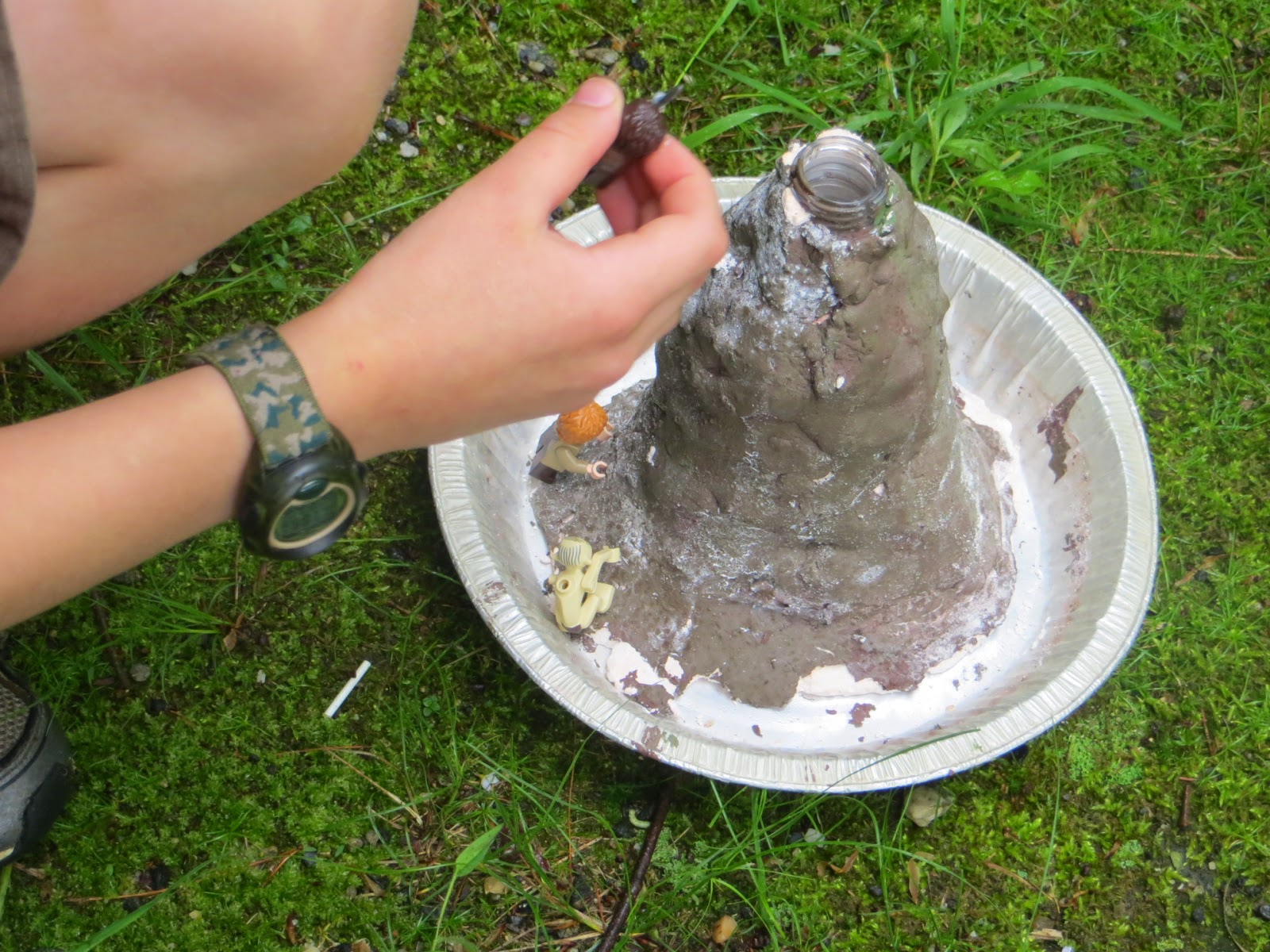 We filled the volcano with a mixture of baking soda, vinegar, water, food coloring, and a dash of dish soap.... which resulted in a nice foamy eruption- most of which I did not catch on film! Here is the "after-foam".... 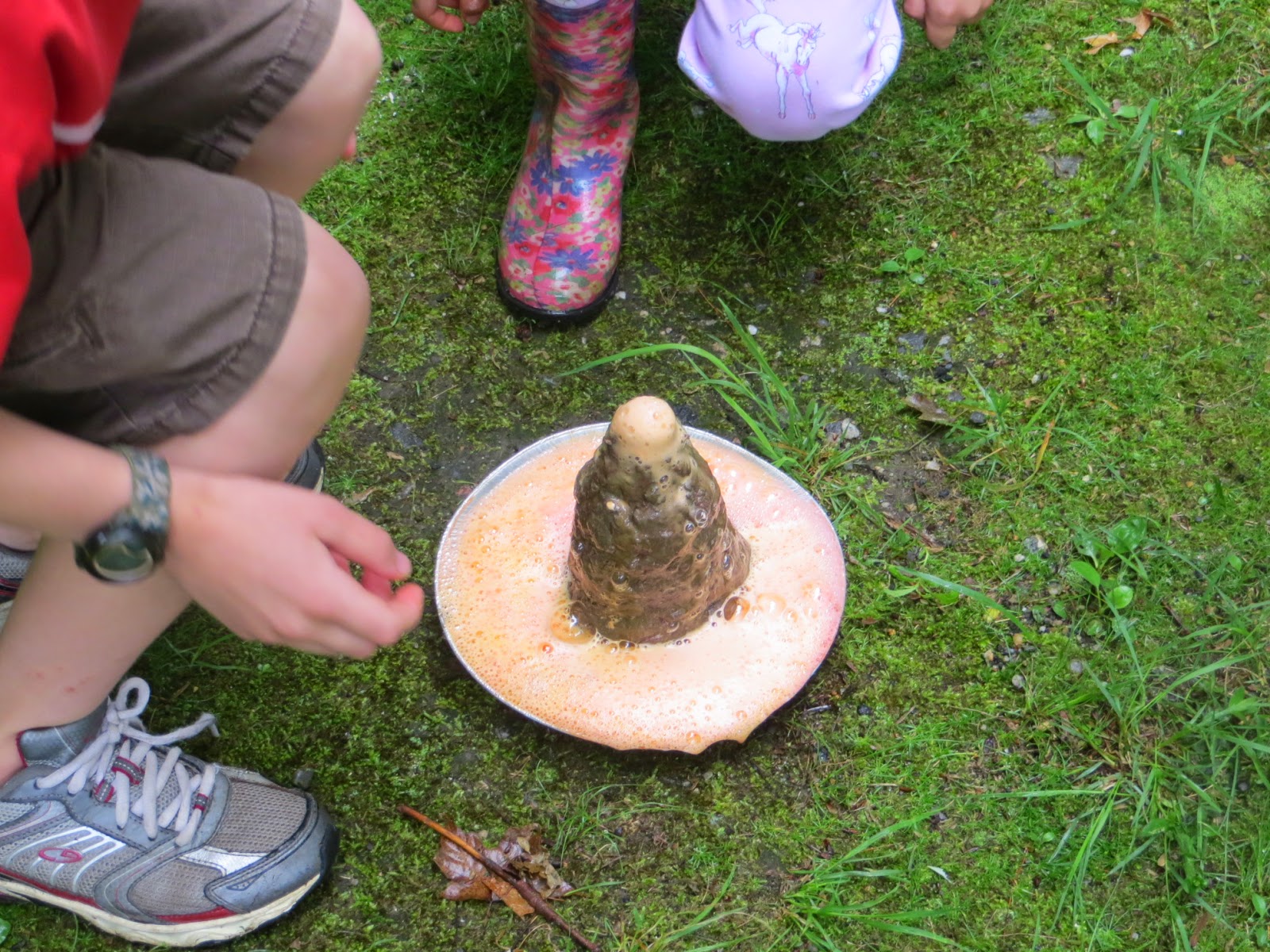 Science experiments don't always go right, but something is usually learned anyway...and when they do go right, it makes all the mess worthwhile...at least mostly! 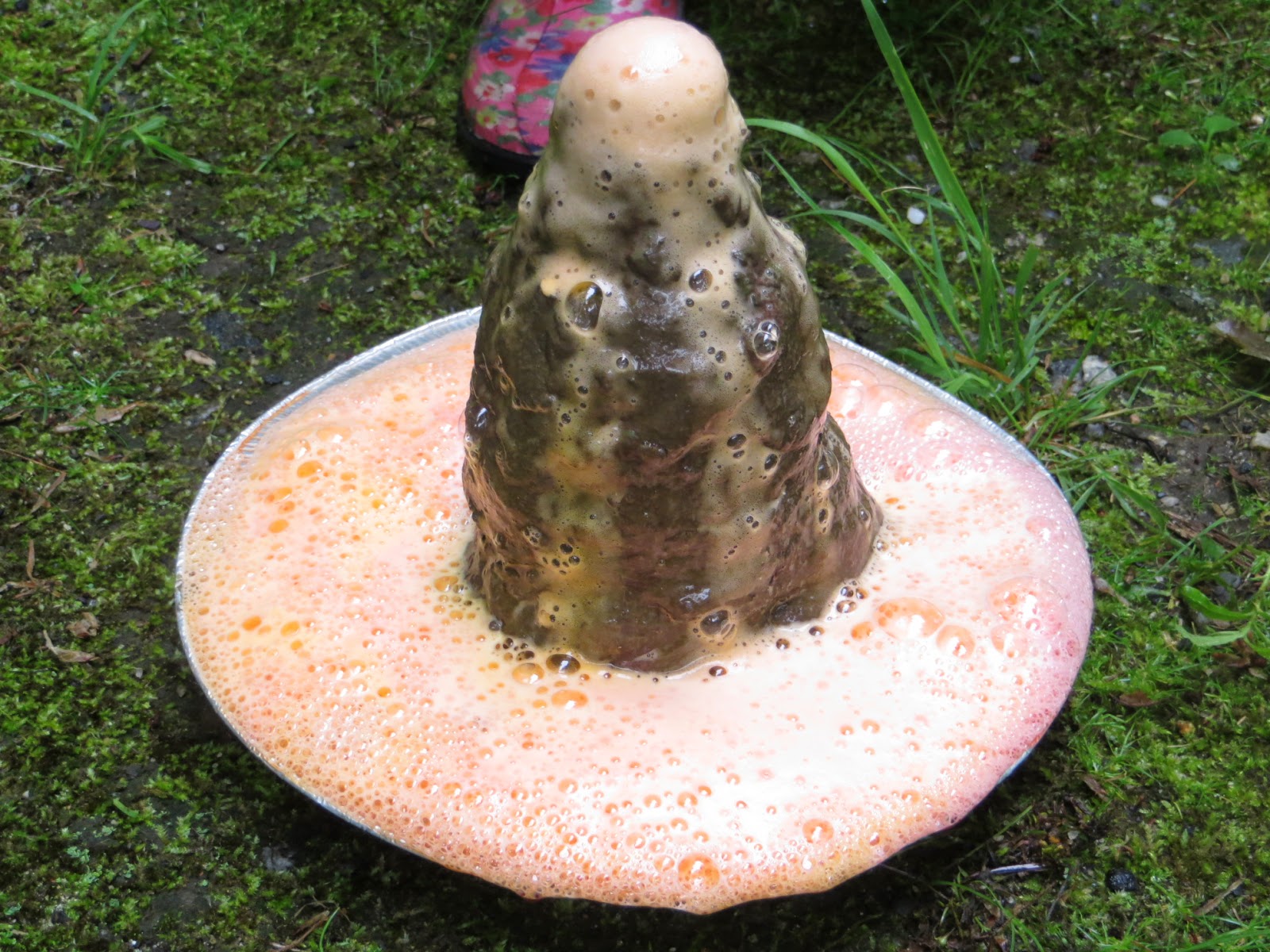 The best part about this volcano is that we can just let it dry out and use it again! It is a great activity kids can do on their own, especially if you buy large containers of baking soda and vinegar. It is interesting to experiment with different amounts of each to see how the eruption changes each time. This is one experiment best done outdoors!
Posted by Kim at Wednesday, June 25, 2014

Email ThisBlogThis!Share to TwitterShare to FacebookShare to Pinterest
Labels: science