We read so very much around here that I have decided to devote my Friday posts to all things books. We have really been enjoying the Sonlight Core F Read-Alouds this year! I think we have only skipped one so far. These are the ones we have finished, along with just a few notes for each. 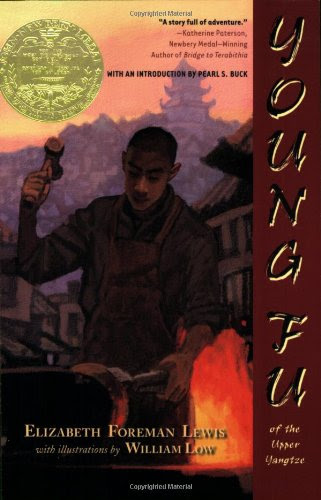 Young-Fu of the Upper Yangtze was a bit slow moving. Christopher had trouble sitting still for it at times. But the action picked up nicely towards the end and we learned a lot about life in 1920's China, seen through the eyes of a young apprentice struggling to make his way in a new environment. It's very much a fish out of water/coming of age story, with a hero who makes plenty of mistakes but learns from them and ultimately succeeds. Very positive messages here. There was a bit of violence here and there, but nothing over the top. 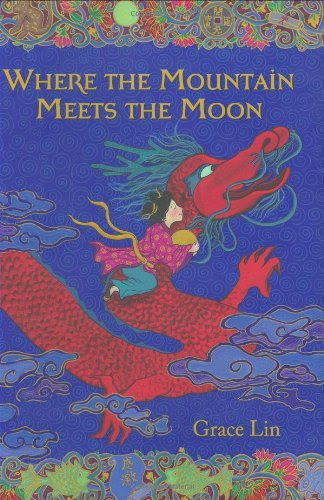 Where the Mountain Meets the Moon - We loved this book! It is lovely to start with, lots of beautiful illustrations throughout. The story is a classic girl-on-mission-to-save-family type narrative, with a twist: Minli is going to ask the Man-in-the-Moon for help, and she takes a dragon along with her. The story of Minli is interwoven with folk stories told by her father. A really fun book! No concerns here. 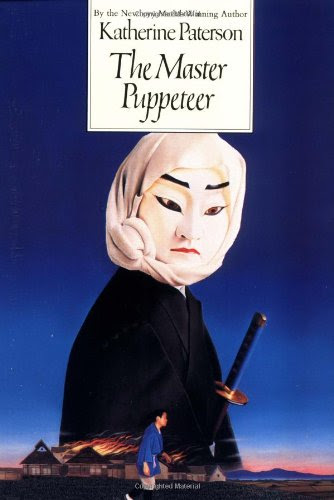 The Master Puppeteer- This book, like Young-Fu, was a bit slower paced, but we still enjoyed it. This time, the setting is feudal Japan, and the main character is a boy learning the art of puppetry. Along the way there are many trials...especially towards the end when a surprising twist develops. No concerns here. 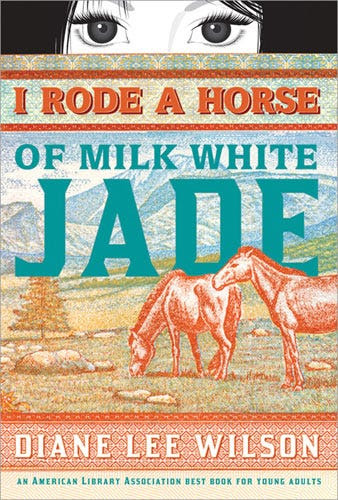 I Rode a Horse of Milk White Jade is the read-aloud we just finished.  It is set in the time of Kublai Khan and the main character is a girl who disguises herself as a boy in order to save her horse from the Khan's soldiers. Oyuna is really a fabulous heroine-brave, resourceful, imaginative...I will miss reading about her adventures! I had no major concerns with this one-there are a few deaths (including Oyuna's mother)- but the overall theme is about overcoming adversity and seeing your dreams through.  There are a few scenes that might bother some sensitive children-such as the scene where Oyuna discovers her dead grandmother in a cave (and later returns to dig up the grave), but there is nothing terribly graphic about it. The ending, while a bit sad, is ultimately hopeful and a story of success against the odds. 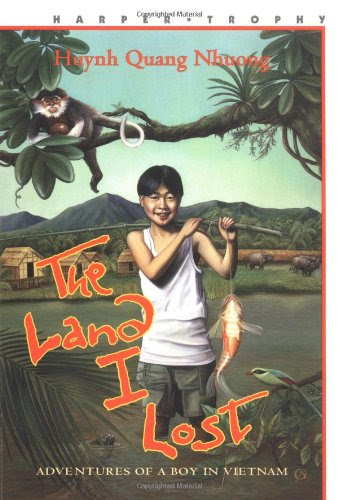 The Land I Lost -After pre-reading this one I am going to skip it. There was a warning note in the Instructor Guide about a certain chapter involving a violent monkey and a toddler.  After reading it myself, I decided not to share it with the kids. I originally planned to skip just the one chapter, but when I flipped through the book I encountered a story about a violent hog that killed a father while his daughter hid in the bushes, a few too many (and a bit too graphic) animal deaths,  plus some treatment of animals that made me squirm a bit. Also the ending, involving the boy's water buffalo, did not look particularly uplifting! If I did not have a five year-old listening in, it might be okay- the reviews on it look positive. I think I just need something a bit lighter right now.  We will be skipping ahead to the next read-aloud: Daughter of the Mountains.

As a side-note, we have been using Best-Loved Folktales of the World and All the Small Poems as readers instead of read-alouds. The kids enjoy both.

I'll try to update this list as we move along!