***Outside my window...Snow and cold. We had super cold temperatures over the weekend, it got down to nearly 20 below one night! This week is looking very cold as well, but hopefully not that cold.

***Things I'm thinking about...Getting the house back in order. It's hard to do after Christmas, isn't it? We took the tree down a day earlier than planned because it was shedding needles like crazy. After a ton of work yesterday the house is mostly back in order, but there are still pockets here and there crying out for attention.

***Barn & garden happenings...The animals have been mostly okay in the cold weather, though I always get nervous about them. We did have a goat shivering and shaking pretty badly after the coldest night so he got to come in the house for awhile to warm up. I am happy to say he seems fine now. We ordered four apple trees last week and I am pretty excited about that. It is one of those things I wish we had thought to do when we first moved in, since the trees take so long to mature. But better late than never.

***In our kitchen...I need to come up with meal plans for the week. We are getting back to the kids' activities, so there will definitely be a crockpot night or two.

*** In our homeschool...We started up at the end of last week and this will be our first full week in over a month. I am looking forward to getting back into a routine. The kids, maybe not so much! James needs to do work on times tables so we are going to try Times Tables the Fun Way.

***Creating...I am making a hat for James. I am on my fourth try now. It isn't so much the pattern as my lack of knitting skills.  I'm working on it though;).

***Reading and watching...It's Downton Abbey season again! I am super excited. We don't watch much television (except for Netflix), but I will be tuning in to this one every week. I started reading Chickens in the Road, which I would definitely recommend if you are interested in this sort of book. Suzanne's blog is a fun stop too.

***A few plans for the week....A dentist appointment. Hoping Christopher feels better quickly-he has had a mild stomach thing going on for a few days and just can't seem to get his appetite back. Book club and all the other activities again. Polishing up the mantel if I get a chance, it looks a little forlorn without the holiday decorations.

Our new paper year garland. Each kid gets to decorate a number and it gets hung up before our little party. We leave it up 'til it's time to make a new one. 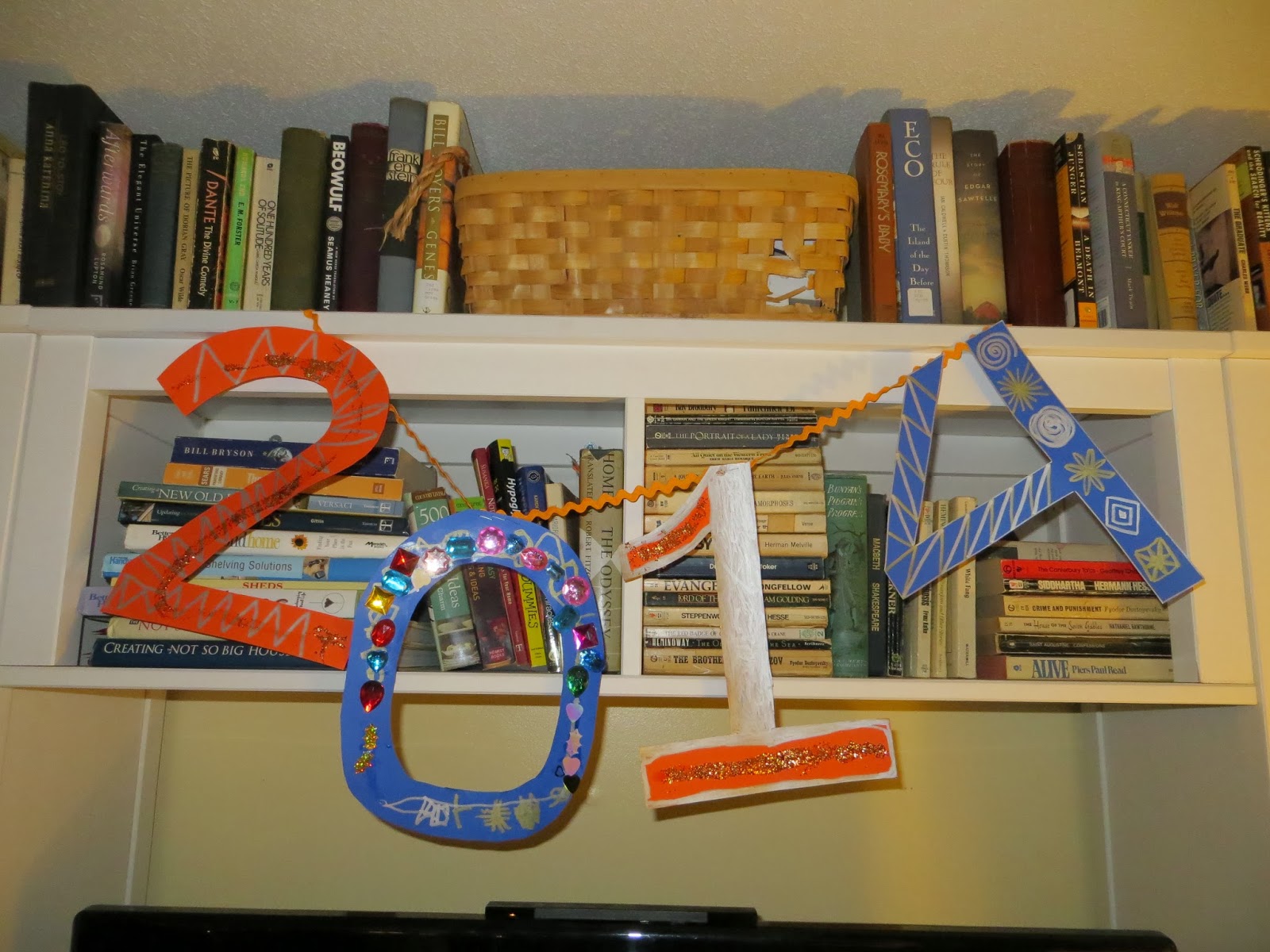 And proof that we all actually stayed up for midnight-even a few minutes later-though you can bet I was in bed right after taking this shot! 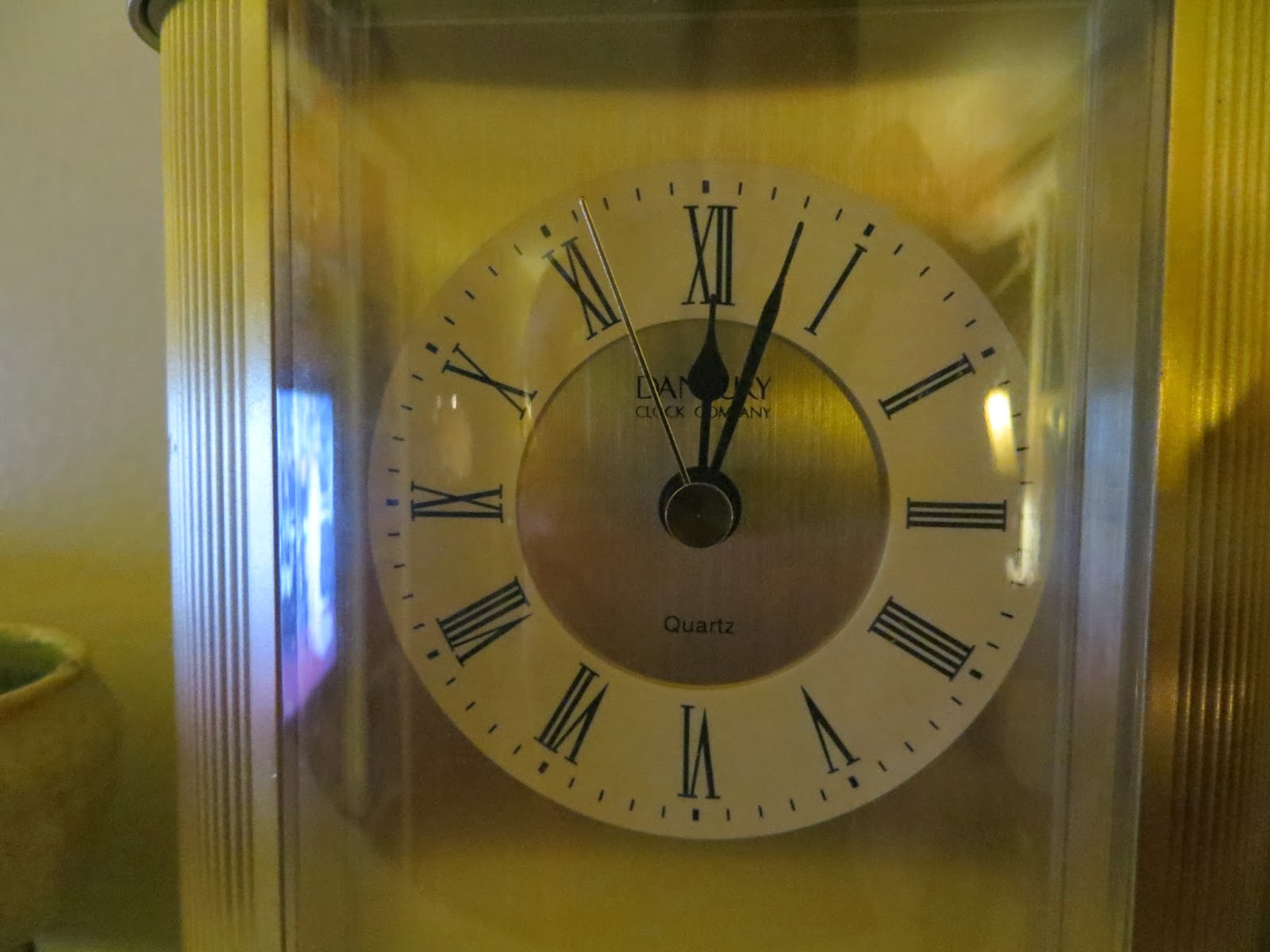