A week in photos

The week of October 21st, in pictures (at least the fun stuff). We also did plenty of less photo-worthy things, like grammar and math;). I am trying to get into the habit of taking more photos of our days.

First up, we did a big Korean lunch one day, while the kids studied Korea with Sonlight Core F. We used this cookbook for recipes for chicken wings and a very awesome dumpling stew. We also tried kimchee, but it was not a huge hit. A bit taste specific I'd say....though very palate cleansing! 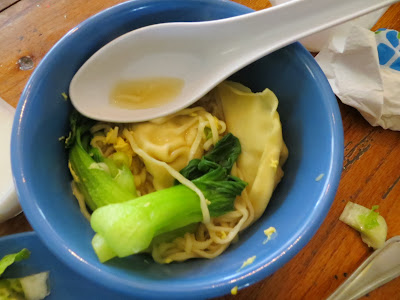 Rose made this sun one day while she wasn't feeling well. I cut it from orange cardstock-I am not good with scissors, but she didn't mind. Then she took a little pushpin and made holes in it for the light to shine through and we hung it in the window.  This was a suggestion from Sonlight Core P 4/5. 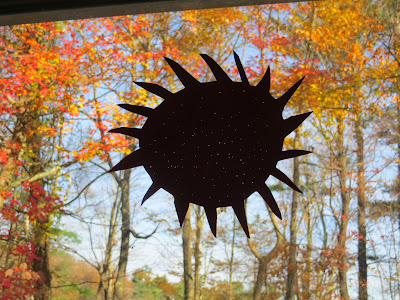 I had planned to do a pumpkin lapbook with Rose this week, but she didn't like the idea of putting everything in a folder, so we decided to just have fun with the activities.  We colored these pumpkin life cycle cards and she put them in order. 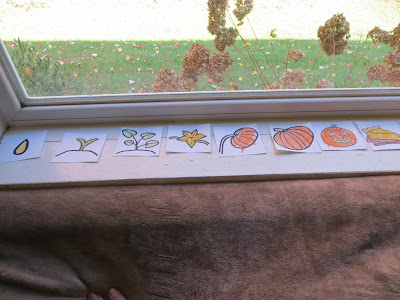 And she did a pumpkin sewing card. 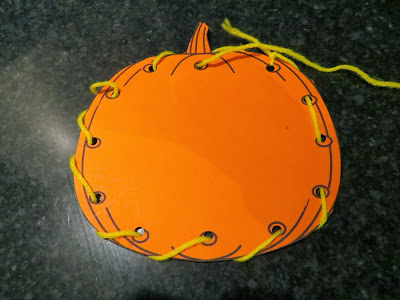 I found these cuties to go along with her Sonlight song from last week: "Five Little Ducks". She loves them. I cut them out and attached them to craft sticks so she could act out the song. 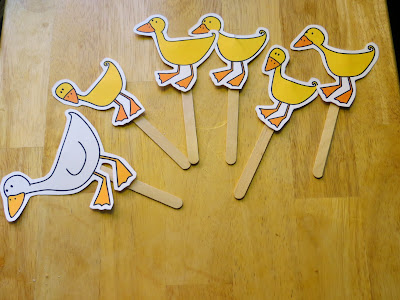 The kids colored and decorated some hard-boiled eggs for Halloween. 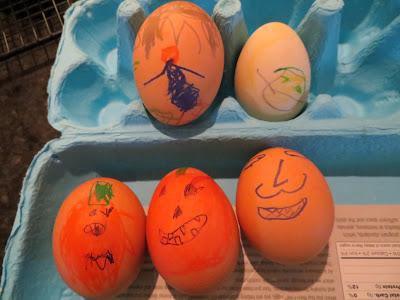 And we had more fun with eggs when we made Alien Monster Eggs. This is the first step of the process, coloring the egg just before soaking it overnight in vinegar. 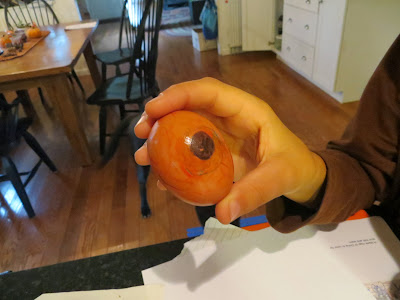 Christopher and James worked on a Diamond Notes activity. I am really liking this writing program for my struggling writers! We have been learning how paragraphs are like baseball diamonds. The overall theme is the pitcher's mound. The major details are the bases.  This week they filled in diamond templates for their favorite foods, colors, and toys. These could form the basis for paragraphs later on. 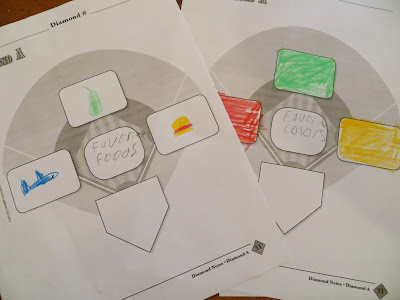 One of the few trees left in our yard that still has leaves! I love Japanese maple trees. 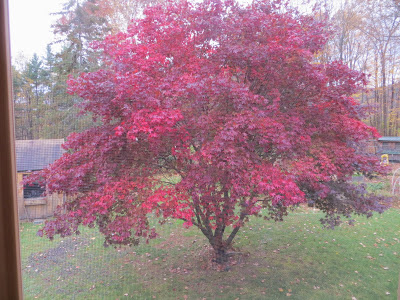 Our skeleton cupcakes. They do not look much like the picture in the magazine (and some of them are actually ghosts), but they were really good! 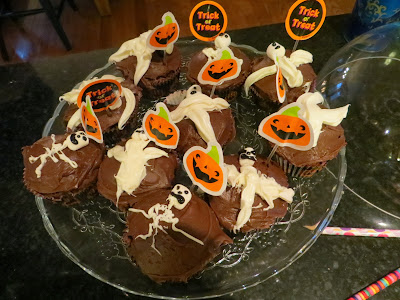 Alien Monster Eggs part 2. After soaking overnight in vinegar the shell was totally gone, leaving a rubbery egg behind. 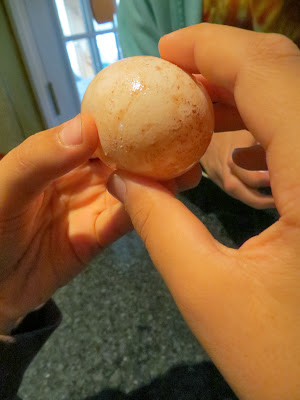 Then they went into the fridge with some corn syrup and food coloring. 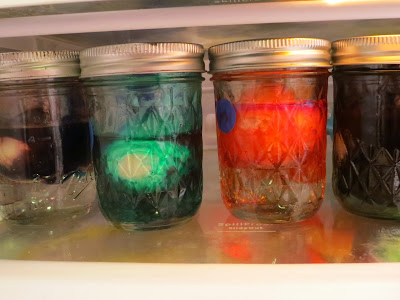 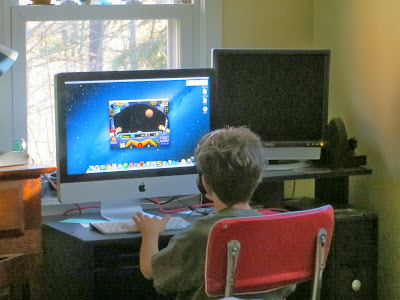 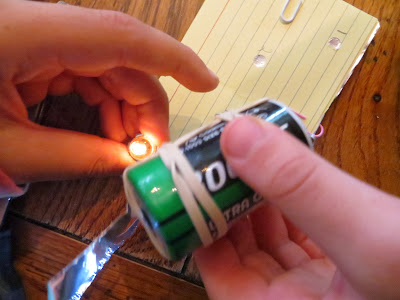 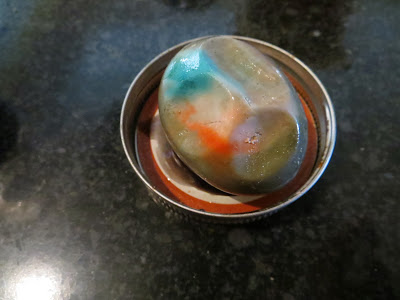 And finally our owl tree! We made the owls last year and they miraculously survived storage. Grace set them up on a "tree" in our living room, where they get knocked over roughly every ten minutes, but still look cute.